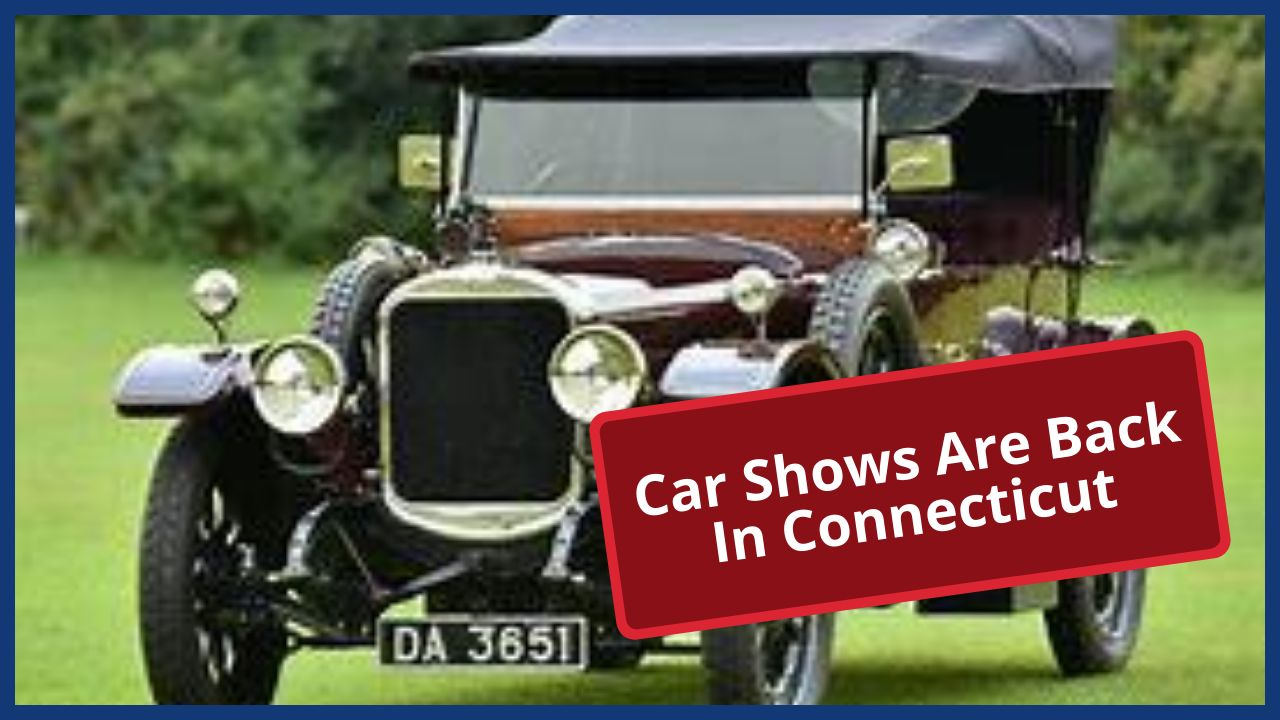 Car Shows Are Back In Connecticut This Year

Missing last year due to the pandemic were the antique and specialty car shows that so many attended almost every weekend from May thru October, weather permitting.

Well they're back and maybe even the 'Cruise' Nights as well. So many people stop and stare when an older car makes its way down the street. Owners pay special detail to their cars and are wary of people that look and try and touch.  Those shiny hunks of metal have hours of care and attention to keep them that way and fingerprints are not appreciate. The established car shows are well known and for car owners who have gone to them in the past, they are appreciated for the attention the judges offer while running down a row of cars. The trophies awarded at the end of the shows have places of honor either on the special shelves in the garages of their cars, or in their dens at home.

Here's a partial list of shows within the Greater Waterbury Area: June 20 – The inaugural Connecticut Colonial Concours d’Elegance & Car Corral will be staged from 11:30 a.m. to 6 p.m. at the Hawk Ridge Winery in Watertown July 11 – The Bethlehem Firefighters Association Car Show from 9 a.m. to 1 p.m. at the Bethlehem Fair Grounds in Bethlehem.

Aug. 22 – The 45th Litchfield Hills Historical Auto Club Show from 8 a.m. to 3 p.m. at the Goshen Fairgrounds in Goshen. Oct. 10 – The 8th Cars for Kids Automobile Show at Connecticut Junior Republic in Litchfield. The event opens for exhibitors at 8 a.m. and with spectators welcomed between 10 a.m. and 3 p.m. The complete list can be found in the Wheels section of the Waterbury Republican news paper here.

The list has more shows outside the Greater Waterbury Area and will be updated as organizers make their dates known. It will still be enjoyable to spend time outdoors appreciating the cars that were so common 60-70 years ago and the stylings owners have made to their 'muscle' cars.

Car Shows Are Back In Connecticut This Year

Groups:
Hyper-Local
HyperLocal Neighborhood and Community Posts
Posts to Localism
Things to Do/Places to Visit
WHAT'S SPRINGING UP IN YOUR AREA?

Nothing like a classic car show in my book.  There is just something magical about the smell of these cars.  The look and feel of the interior  and if it has a running board  it is  even more beautiful

Love it! Learning, seeing and having fun with exotic and classic vehicles is one of my earthly joys.

Hannah, I too prefer the older classics and running boards are just so unique.

Pete, I did the old car circuit for years with my antiques, but got tired of all the washing and waxing needed to get ready for them. Now they are just used to have fun.

Ed I love to look at the old classics.  We will be having a car show at a high school right around the corner from me in a couple of weeks, and I plan to be there.

We have seen caravans of cars going to a show.  And I enjoy seeing all the unusual ones.  The designs are so creative.  A

George, I see a classic every morning when I shave

A, going to a car show is great especially as the early cars were far from a me-to style

Hi Ed- Larry and I love going to car shows!!!  So glad that they're back in Connecticut.

I like a good car show now and again. S

Hi Ed - I will certainly check out the one in Greenwich and will look for the return of one in Danbury.

I am not much of a car guy, but I do enjoy seeing all of the styles that were popular in the past and the work people have put into restoring them.

Good morning, Ed... never knew car shows were such a big "thing" in Connecticut. Always learning something new here in the Rain. Clearly, it's also a sign of a gradual return to normalcy to our lives. And that's a good thing!

Oh, what JOY antique car shows bring - a glimpse from our past on a grand scale, Ed. I'm so glad the car shows are back in Connecticut for you to enjoy. Love the photos too!

I love it when they have car shows out here for the antiques.

I travel a lot by car and I'm so tired of constantly looking for a service station every time I need to change my winter tires for summer tires. After some time, I came across this cool site https://tireplanet.ca/ which boasts a huge variety of tires, as well as delivery services and assistance in installing online tires Canada on a vag car! Now I don't have to constantly search for service stations, because the tires can be delivered directly to my home!