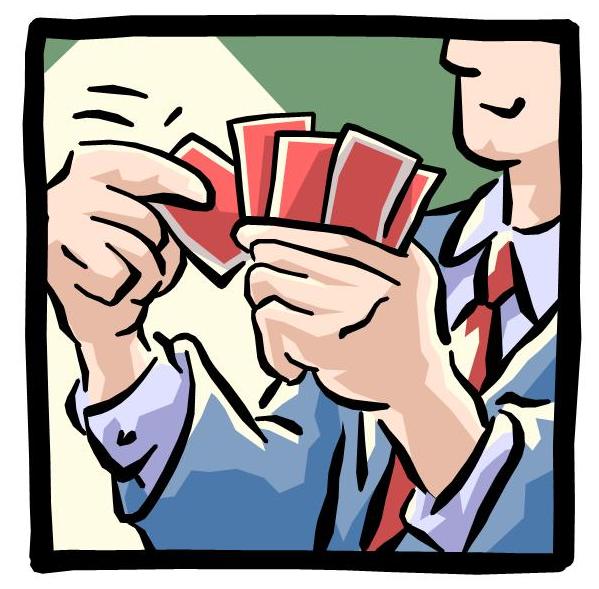 The Risk of Overplaying Your Hand

Pull up a chair and let me tell you the tale of a listing agent that overplayed a hand so severely that a home listed in a highly sought after, gated golf course community in a ridiculously crazed seller's market is still available for sale.

It all started Friday afternoon last week.  In between answering calls on my own newly active listing in Woodbridge, that has subsequently gone under contract, I was calling listing agents of properties my two buyer clients were interested.  One couple had potentially identified the a single family home in a gated golf course community as being a possibility.  In fact, they had just made an offer the weekend before on a home on the very same, very short street in that community.

In speaking with the listing agent about the property, I asked when about an offer deadline.  Typically, we see deadlines on Sunday or Monday when a property hits the market on a Friday.  This guy was talking about NEXT Thursday or Friday.  Goodness.  He could have thirty-six offers by then.  He explained the reason for the delay was that his seller was waiting on a cash buyer flying in from Texas that wanted to make an offer.  They were relocating to the area for a job and were going to offer cash and his seller was most interested to see that offer.  Hmm.  I asked him, given specific "spit ball" terms of my seller, if he would present that offer and potentially get it accepted beforehand.  Nope.  Waiting on the cash offer was a must, so there would be no answer.

Very well.  Consulting with my buyers, they were turned off by that.  What we all heard in that message was that financed offers were not wanted. They chose to spend their time making an offer on another property.

This agent's seller was livid.  And the listing agent, in turn, was livid with me.  I was violating the Code of Ethics for 1) not answering my phone when he psycho dialing me and 2) not immediately writing up the "verbal offer" made for his seller to accept.  You just can't make this stuff up.

Naturally, I picked up the phone and entered into what might as well be a buzzsaw.  After talking the listing agent down, I told him I would ask my buyers again.  Before I did, I asked how many offers he had.  His answer, "I'm waiting on one."  Highly unusual for a home in this particular neighborhood.  Sounded like this dude had turned off more than just us.  What a shame.

My buyers decided not to get involved.  They were still waiting on the other offer they had outstanding.  That's not the end of the story.

Today, that listing agent was in my voicemail again.  Apparently, the cash buyer from Texas made another offer on another property because of the mix up with our offer.  Nice.  He was blaming ME for losing out the only offer his seller wanted.  What a guy!  Meanwhile, there is a perfectly nice home in that sought after, gated golf course community with ZERO OFFERS in a seller's market.

Be careful who you hire to represent you when you buy or sell.  Some agents have years of experience, but really aren't very good at this job and don't even understand their own Code of Ethics.

Groups:
ActiveRain Rockstars
Bartender, Make it a Double
Be The Best In Your Field
Crap-Tacular
Diary of a Realtor

And one more reason for a listing agent to be the gatekeeper for showing feedback.  Unless his seller had specifically instructed "tell everyone I'm waiting on a cash offer next week", the listing agent really shot themselves in the foot by passing that feedback along.

And all day long, I'll work with the offer in hand versus something that MIGHT happen next week.

Offer in hand is always stronger than the promise of one.

In French colloquialism this would be characterized as trying to jump higher than one's ass! I have a sneaking suspicion that the seller is like him otherwise how the heck did they find each other...LOL A

I think you are right.

WOW Chris Ann, just wow. I applaud you so much for staying professional. Sometimes it's just tough to cut through the loud noise of a bully. I feel for his clients, and hope they'll get a chance to start over. I would not be surprised if you hear from them!

Allow me to emphasize again:

"Be careful who you hire to represent you when you buy or sell.  Some agents have years of experience, but really aren't very good at this job and don't even understand their own Code of Ethics."

I think the effort he was making was to drum up demand with the threat of the cash offer, but it back fired.

We are seeing quite a bit of not so professional actions here lately.  It comes around and in your person you dealt with, sooner than later.  Mark

Hopefully the market will sort the bad ones out.

Chris Ann,  I read this twice and still feel confused - scratching my head and wondering what part of that listing agent's body he is scratching as he sits and waits on that one offer.

There are so many things just wrong about how the agent mismanaged the listing.

Based on the compensation offered in the MLS, someone looking at what they charged and thinking we are all alike.

Oh - not surprised about that.

Hi Chris Ann- when will agents learn that this is not some kind of game. They are dealing with someone's huge investment and a home.

Dare to dream everyone take this job seriously.

Hello Chris Ann - it's sad but even good properties "fail to sell" for reasons that seem mysterious but don't mystify those "in the know".

There are two of them in the market right now.  Another deserves a post all it's own.

Oh good grief, Chris Ann... you really couldn't make this up. There's a reason that one thing I sell "big time" in listing presentations is my 50 years of negotiating experience.

That experience is irreplaceable.

That kind of game playing doesn't usually work well in real estate marketing.  Over the years, I've seen agents displaying that kind of behavior come and go.  They get a reputation for it that's hard to shake.  Ultimately, they don't last long.

Reputations matter in this business.

Wow what can I say YOU CAN NOT MAKE THE STUFF UP,  what a post and what a shame. I have always said not all agents are created equal. Sadly not all sellers do their own due diligence before hiring the right listing agent. I am sure there will be a lovely review about him on the various platforms, Endre

He eventually got it under contract.

More bad behavior as a result of this crazy market. We all get stories of offers that are coming, but never happen. How about we deal with the reality and not fantasy?!

I am very careful to not dissuade any buyer for my listings unless I have multiple offers and an agent asks for a blunt answer if this or that offer is a waste of time.

That's why the old saying about a bird in the hand has stood the test of time. An offer is not an offer until it is in writing - with the buyer's signature.