The Practice of Attentive Listening ..... How Did This Important Communication Skill Become Marginalized Among Large Numbers Within Our Society?

For some unexplained reason, human beings place a greater level of importance on their ability to speak.....versus that of listening! Speaking incorporates any or all of the following abilities: expressing one's thoughts, use of one's voice with inflection and the exhibition of body language which includes the display of facial expressions. Conversely, the ability to listen, can be considered a rather "passive" activity. While listening may include some of the items associated with speaking, for large segments of our population, comprehending the oratory of another, for some unexplained reason, is perceived to provide little in the way of value, substance or interest. Because of the perception that listening is a "passive activity".....a large majority of people place little value on developing and maintaining good listening skills

Poor listening skills include the following: an inability to stay focused while another person is speaking, (mind wandering) frequently interrupting those speaking, to rebut, challenge or acknowledge aspects of the subject matter being presented and last, "tuning out" the conversation/opinions of others, which one vehemently disagrees with. When coupling these listening "deficiencies" during the time another is speaking......the end result, it often produces the following response, "I don't have the first clue as to what you just said."

Below are a few suggestions to become a better listener:

A. Stay attentively focused as to what the other person is articulating.

C. Refrain from interrupting when another is speaking. If you disagree with what is/has been said.......wait your turn to speak!

D. If you have listened carefully to the viewpoint(s) of another, your ability to recall and respond to his or her comments will be matter of fact.

E. When you look the speaker directly in his or her eyes, your comprehension levels will increase dramatically.

Good listeners are "special people"........become one of the "elite" members of your sphere of influence. Listen first, speak with authority later....... 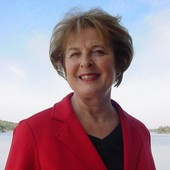