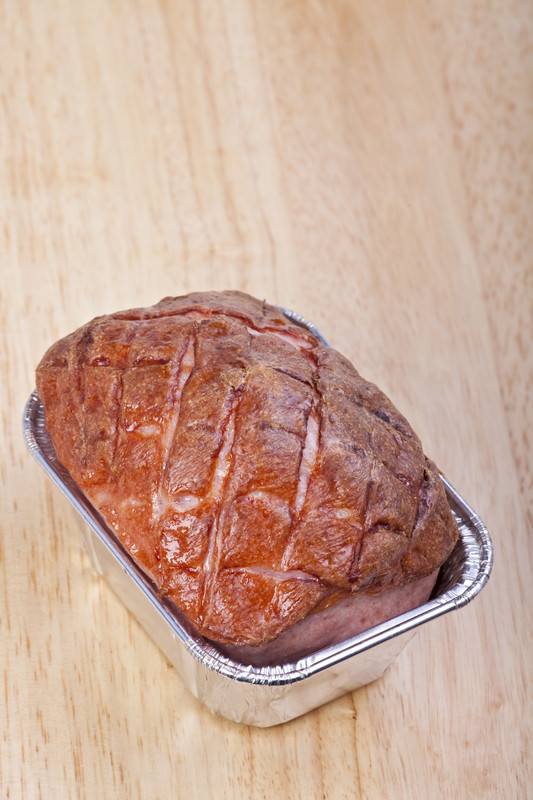 At an outdoor socially-distanced family event earlier this year, my sister mentioned that she had never served her family a meal where meat loaf was on the menu.  Mind you, her two daughters are now in their thirties so that’s quite the history of avoiding a dish. Although I don't recall it being regularly served in the house of our youth I do remember that meat loaf made an appearance occasionally.

I don't know why the subject came up in conversation. I generally try to steer clear of any controversial topics in such group get-togethers.

Growing up, I remember my sister as a finicky eater but I must have forgotten about this dislike of meat loaf.  “Do you eat meat loaf these days?" she asked.  I answered that while it wasn’t a regular habit, such comfort food has been known to pass my lips.

I won’t say there was a look of judgment or disbelief from her but I did wonder where this conversation might be going.

Thankfully, it went in an entirely different direction.  So what did I learn from this exchange?

Sometimes, it's okay to answer and at other times, it's better to move on. This is yet another example of how things in the past are recalled. Fondly, not-so-fondly and perhaps, even despised. Why am I thinking of the phrase - serve from the right, clear from the left? Or is that the other way around? I digress. And now, it's time to move on. Again.

Hello Michael, My wife wants meat loaf at lease once every three weeks and I have a crock pot recipes that turns out nice and moist.  It is a keeper in our house.

Will Hamm - your sharing of comfort food recipes is well-known(and definitely well-appreciated) by many who see them in ActiveRainLand.

Meat loaf has never been a regular item in my homes. I do not recall the last time I had any.

Roy Kelley -  many things including food preferences help make the world go 'round.

Roy Kelley - food preferences and so many other things in life help make the world go 'round.

Hmmmm...I think a delicious meatloaf dinner sent to the family for an upcoming holiday would be a wonderful present Michael. Just have it made out of BEYOND MEAT and tell her how healthy it will be for her.  :)   (of course please remember this recommendation is coming from a vegetarian).

Jeffrey DiMuria 321.223.6253 Waves Realty - I haven't yet tried meat loaf where beyond meat has been used.  I have experienced beyond meat in other recipes and I can't tell the difference.  At least not enough of one to dismiss it.  And that goes for the sausage equivalent too.

Hi Michael- I love meatloaf especially if served with mashed potatoes. I also love meatloaf sandwiches. However, Larry is not fond of meatloaf, so whenever I didn't feel like cooking dinner, I would suggest to him that I was going to make meatloaf. And yes...we went out.

Kathy Streib - now is that clever thinking at work or a bit of passive-aggressiveness?  I can also appreciate the appeal of a meat loaf sandwich on occasion with a side of sarcasm too.  As for mashed potatoes, believe it or not, I am not much of a fan.

Hey there Michael! I think of the line yelled at many midnight screenings of a certain movie "Meatloaf again?"

Rocky Dickerson - I remember it.

Good afternoon Michael. First reaction is I liked meatloaf as a child, my mom’s was the best. Lost interest for years and then my wife started making good ones. Got lucky or have poor taste? The former! Enjoy your day

Wayne Martin - things change(and return) for all kinds of reasons.

I do like meatloaf but haven't had it in years. Maybe because it requires a little more effort than simple and quick.  I have bought a frozen version but it isn't the same.  Now that I have a little more room I may experiment this winter.

Sharon Lee - I am sure there are many versions which is one of the reasons for the number of opinions on the subject plus the diversity in taste.

Gee Michael, I can't remember the last time I made meatloaf...many, many, many years ago. I would rather listen to songs by Meatloaf instead!

When I was growing up, meatloaf was on the menu at least twice a week. Now my grandkids just love my wife's recipe for meatloaf and it's quite a treat for them Michael Jacobs

Paul S. Henderson, REALTOR®, CRS - sounds like you are introducing a new generation to meat loaf.

Michael loved the post, must admit the comments were even more entertaining:)) now with that said I have never made meatloaf but do make meat balls (turkey that is) since red meat is not on the menu at our house:)Endre

Endre Barath, Jr. - I have seen many alternatives to meat loaf since leaving the house of my youth.

I would do anything for blogs calm but I won't do that. Let me know how it goes

I do like meatloaf.  Looking at some of the comments, they were entertaining.

James Dray - I agree with you about the comments received.

I remember having meat loaf quite often as a kid, but I haven't had it much recently, haha.

Brian England - there are many childhood meals that no longer are part of everyday life for me if at all.

I guess one either likes it or they don't. Bernie makes ours with chicken, not beef, as I don't eat the latter.  When I saw the title, I thought of the singer - Meat Loaf.  Hahaha

Debb Janes EcoBroker and Bernie Stea JD - and it seems each has its own fan base as well.  😃

Meatloaf is a regular meal in my family. I think we all like it. But that picture of yours...that is not any kind of meatloaf I've ever had. It looks like Spam???

Our meatloaf is ground beef and covered with tomato sauce. I just made it last week for my parents, at their request.

Sharon Tara - the photo of the meatloaf in this post is courtesy of canstockphoto.com and it looks different than my memory as well.  My SPAM-analysis has never been good as I am not a classic comfort food connoisseur.

And, you're right - sometimes, it's best just not to answer a question that you think may lead down a not-so-positive path!

Debe Maxwell, CRS - I don't recall, I am really not sure, that I have had a meatloaf sandwich but I am aware that many are fans.  Different strokes for different folks, right?

Michael, oh yum, either it will be Grant's shrimp or meatloaf for dinner tonight!

Joan Cox - whatever you choose, I hope you have a nice weekend.

You too Michael Jacobs !!!  Taking my seller to the property this afternoon and writing a new build contract.

Happy Thanksgiving Michael. I hope you have found a good place to enjoy and be grateful today 🦃 🙂

Paul S. Henderson, REALTOR®, CRS - as far as I know, meat loaf of any kind is not on today's menu.  Whatever is being served is good as far as I am concerned although I admit to liking some things more than others.  Thankfulness is a dish that gets better with each helping.