By this time, we all know the hidden dangers of flipped homes, both by homeowners and flipping companies. We recently inspected a home with some specific renovations by the homeowner to make the home more appealing compared to the aged materials in the rest of the home.

In the case of the deck off the kitchen, the owner did some structural repairs using drywall screws to connect the support brackets to the wood joists and beams. In case you are not aware: 1) drywall screws are thin and brittle, 2) drywall screws are not galvanized or coated to prevent rust and immediate outdoor deterioration, and 3) drywall screws have never been allowed for use in deck structures.

Beyond the dangerous use of drywall screws (which should also never be used to connect pull-down stairs to the attic framing), the owner chose to install new posts and repair what may have been a deck ledger beam to a rotted cantilevered house wall rim joist. Due to this common failure point in deck connections to cantilevered extensions of a home, they are no longer allowed in the construction of new decks. Because the cantilevered extension of the home, now well covered with new materials, we had no idea how well the damaged structural components of the home were repaired or replaced.

In these days of limited short walk-thru inspections, or no inspection at all, it's very important to counsel the new home buyer of the inherent potential of minor or major problems and repair costs once they move in. For this reason, it's important to get a home inspection after closing, if the buyer has been resticted from getting a full inspection prior to contract ratification, or after contract ratification but before settlement, so they can know what issues there are with the home as they live there and time passes. 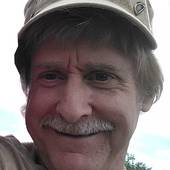