The Key West House I Did Not Sell 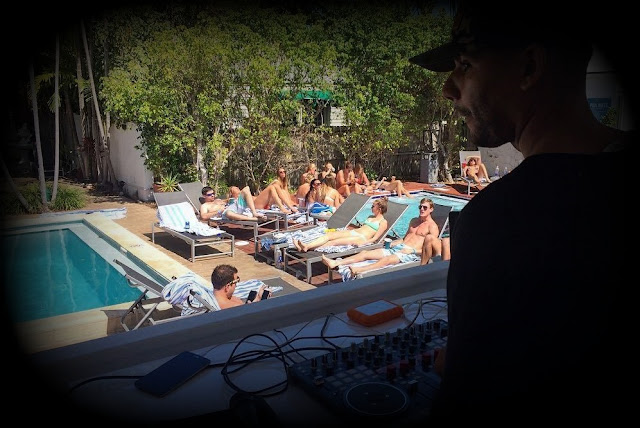 I made my first trip to Key West as a visitor thirty-four years ago this month. I have written in my blog about that life changing trip several times over the years and won't bore readers to tell that tale again.  I fell deeply in love with Key West and decided to make this my home. It took a few years, but I made it happen. During the time of the first trip and my move to Key West, I stayed at several different guest houses. Those experiences taught me how difficult it must be for a home owner to lived next to or even near to a guest house. 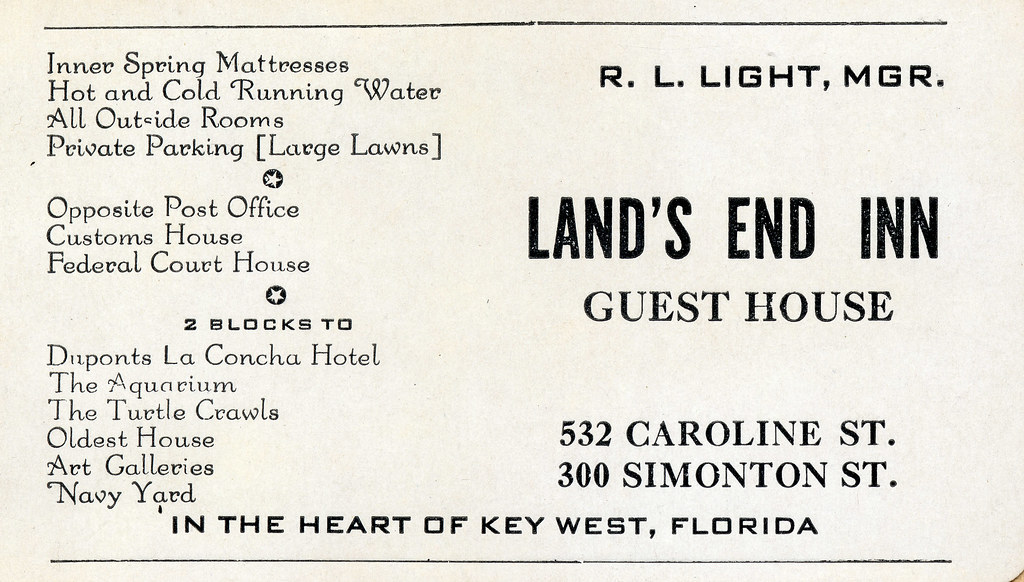 (The business card above is from years ago and is not the guest house or the location I am writing about today. Besides, most places in Key West now have hot and cold running water.)

I found a particular guest house I really liked and stayed there on almost every trip I made to Key West. The guest house eventually grew from nine rooms to over forty rooms. The owner  purchased adjacent apartment buildings and a couple of single family houses which he illegally rented nightly. He paid the state bed tax and got away with it.

Several years ago a fixer-upper house located very near my favorite guest house was listed for sale. I wrote about that property in my blog and showed it to prospective buyers. It was purchased by couple from New York who had renovated other properties before. They did a total renovation on this well located house for which they were awarded a ceramic star. They sold the place a year or so later and moved on to a new project.

I showed their renovated property to several potential buyers. One couple really liked it. We looked at the place at least twice and maybe three times. They were considering making an offer. I suggested they check out the house at different times of the day and night. I sensed something was not right but did not want to sabotage a sale in the event I was wrong. The ultimately decided not to make an offer and later bought a home through me in a totally different part of town.

Some other buyer bought this particular place. And another bought it a couple of years later. And another someone else bought it. Three different buyers bought the place in a seven year period after it was renovated.

Last week I saw the photo at the top of today's blog on the internet. The photo shows a Dee-jay spinning records at my favorite old guest house where college kids were enjoying spring break.

The real estate axiom "location", "location", "location" is so true. I am so happy I did not sell the single family with the problematic location adjacent to a sprawling forty unit guest house complex to my customer. They would be listening to the music along with the spring breakers and probably the rest of the year as well.

May 2021 UPDATE - I just looked at the MLS records on this particular house. It sold eight times since it was originally purchased as a renovation project. And it sold twice after I originally wrote this blog. Tell me something is not wrong with this location.

Never been to Key West.  Am I too old to go now?  Thanks for posting and make it a great Thursday.  Bill Salvatore.

Bill, Your'e never too old to have a good time. You will here. The only ones who go home made are the ones who get arrested for DUI and bar fights. Those things are easy to avoid. Bring sun tan lotion, sungleasses, a hat, shorts and a t shite. Anda cash or credit car. It's not cheap like it used to be. But some of the people still are. You'll have a great time.

The location is definitely a problem with that specific home. Renovated or not, people want their peace and quiet!

Hello Greg - sometimes a property has a history of turnover.  In this case the turnover may have a turntable side to revealing some of that story.

It sure sounds like something is going on with that property. With it being sold so many times there must be talk in the pipeline, Gary

I am not writing all that I could write. I am not naming names.

Hi Gary- I love Key West and don't even mind having a party nearby but I don't think I'd want it all the time!!!!  But let's face it, that's what gives Key West its flavor.

Good morning Gary. Key West is unique! And you have years of experience and knowledge to avoid the pitfalls. Enjoy your day.

Good morning Gary - I should make it to Key West.  We have a house in Port St. Lucie and my sister's 2nd house is on Pine Island.

Have never been to Key West and may never make it there. But I enjoy reading about it through your eyes. Another good example of how local real estate can be.

Interesting. We see it here with restaurants. There are about 3 locations in our town where restaurants open and closed about as often as my car door. I don't know what is wrong with the location. Or is it the property manager? Who knows.