An agent, Susan, with whom I have frequently worked over the years, was helping a military couple buy a house. The clint's names are Brad and Dawn.

They had bid on three different houses and lost all three times because Brad insisted on bidding the list price, and not a nickel more. They were going up against 10-16 other bidders who went $20,000 to $45,000 above list price. After three rejected offers Braid said to Susan, "We talked it over, and we will just rent until the market settle down."

Susan opened her laptop, logged into the Multiple Listing Service (MLS), programmed Brad and Dawn's wish list into a search with no limitation on price, and found zero houses for rent in Prince William County, Fairfax County, and Loudoun County.

Susan explained that when a rental hous comes on the market, there are 10-25 renters locked in a bidding war, offering higher and higher rent above the list price, and rental rates are going through the roof.

Brad and Dawn slept on what they found out about the market. They called Susan the next day and said, "We are sticking with buying a house, and we're ready to bid as much as it takes to win the bid over anyone else. Susan brought up the Escalation Clause that would protect them from bidding way too much over the competition.

Dawn and Brad's situation is not unique, it's reality in 2021. Ask your agent to show you the sold listings and take a look at what were the sold prices, then be prepared to bid over the asking price.

Tags:
rent versus own
owning costs thousands less than renting
be prepared to pay over list price for a house in northern virginia

Show All Comments
Philip A. Raices
Turn Key Real Estate - Great Neck, NY
1 of the Most Knowledgeable Brokers on the Net!

Hi Markita,  Your blog was spot on and I have seen similar situations out on Long Island, NY.  I have lost deals due to overbidding; I mean 20-50000 over asking.  It's getting very scary for many buyers, who, if they had to sell in a few years are now wondering would they get their money back or lose?  However, renting is a dead-end street as one is providing all the benefits to their landlords as well as tax deductions.  But based on the cost of a nice home rental, it still is more advantageous financially to become your own landlord and keep all the benefits that 35% of our population of putting in someone else's pockets.  Lastly, I just wonder how this crazy market willl settle, either demand will go down due to inflation and increased interest rates and may be higher inventory, which will be the end results from the former situations occurring.  There is no bubble, but just a lack of inventory and huge demand pushing prices up.  If it weren't for the Covid-19 Pandemic, I saw the market softening as the new cycle was kicking in, but the 3rd and 4th quarter saw the market super charge back. 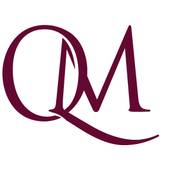