What do Joan of Arc, Ludwig van Beethoven and Herod the Great have in common? All three share an important anniversary on May 7th.

1429 – Joan of Arc ends the Siege of Orléans, pulling an arrow from her own shoulder and returning wounded to the battle to successfully lead the final charge. Her victory marks a turning point in the Hundred Years' War. 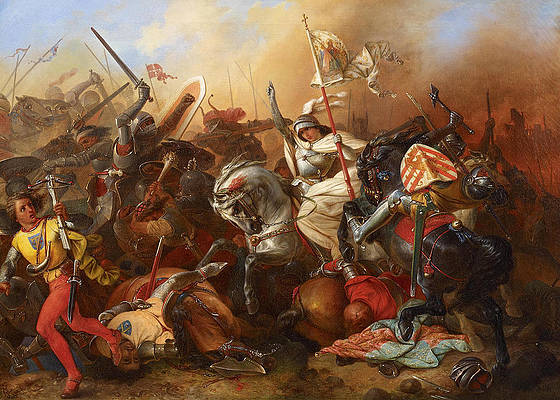 1847 – The American Medical Association is founded in Philadelphia, Pennsylvania.

1895 – In Saint Petersburg, Russian scientist Alexander Stepanovich Popov demonstrates to the Russian Physical and Chemical Society his invention, the Popov lightning detector — a primitive radio receiver. In parts of the former Soviet Union the event is celebrated as Radio Day.

1915 – The German submarine U-20 sinks RMS Lusitania, killing 1,198 people including 128 Americans. Public reaction to the sinking turns many formerly pro-Germany citizens in the United States against the German Empire

1952 – The concept of the integrated circuit, the basis for all modern computers, is first published by Geoffrey W.A. Dummer.

1998 – Mercedes-Benz buys Chrysler for $40 billion and forms DaimlerChrysler in the largest industrial merger in history.

2007 – Israeli archaeologists discover the tomb of Herod the Great south of Jerusalem.

Thank you for reading 10 Odd But True Facts From May 7.

Hi Michelle,  Thanks for sharing these interesting historical facts.  I always enjoy reading these posts.

Thank you for reading and commenting. God bless you.