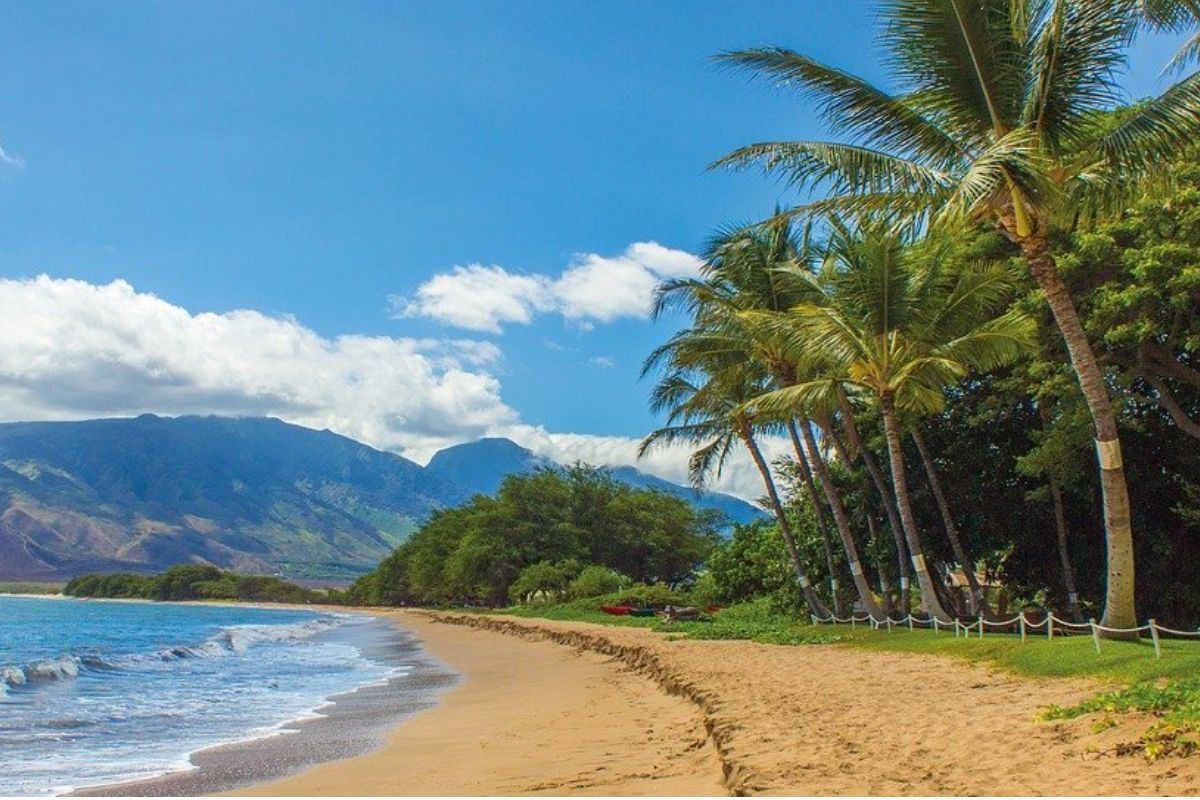 I read Kathy Streib's post about what to write when you can’t think of anything. Oddly enough, just a few hours later, I ran across this blog post that I wrote in 2008. So, I read it and remembered how I felt and remembered some things I had forgotten. Sometimes it is good to read your old journal or your old blog and gain perspective.

It’s night. I’m driving down the highway and this song comes over KPOA. I have no idea what the lyrics mean. They are in another language. But I hear the raw emotion in his voice and it makes me tear up. This is what Maui has done to me. It has opened up my heart even further like the thousand petaled lotus blossom.

This trip to Maui has really affected me. As I arrived in Maui I felt at HOME. I thought this was a week to relax and just have a great time. I was wrong. God wanted to show me a few things. Where do I begin?

Some of you know I had a short lived marriage last year. Maui is where we got married. I actually returned to that beach on the 1 year anniversary of when we got married. While I laid there in the sun, I found how the failed marriage was my entire fault. I saw where I wanted something that wasn’t there and tried to make it fit. It didn’t.  It is so freeing to see your error so clearly so you can avoid making it again.

I also spent such great times with my parents. Now, my parents inspire me all the time. They have been married for nearly 49 years and they started with nothing and now our family is worth millions. All the while they taught me never to judge a man by the size of his wallet. You judge him by the size of his heart. But in this trip I found more. Stories came out about people who had passed away. People they still miss and remember all the time. And my father and I connected on a song I gave him on a CD for Christmas that he loved. That song talked about reincarnation. It talked about how the departed soul may come back as another life or maybe a single drop of rain.

I also had a couple small interesting things happen while I was in Maui. One woman contacted me and I found that she was recently divorced and felt very neglected in that marriage. She didn’t want to be in a close relationship, she just wanted whatever time she spent with a man to be time where she felt VALUED.  And after her marriage she didn’t want to be in a close relationship. I never got the chance to meet her, but I would have been interested to learn from her. After all, don’t we all want to feel truly valued? So wouldn’t it be great to learn how to make our significant other feel that way? Maybe that’s where most marriages fail. After all, if every day, you really FELT valued by your spouse, why would you ever want to leave that?

Another thing that happened was a friend of mine told me she felt sad. Why? Because she realized I had slipped off of her top friends list and she had slipped off mine. I think she and I both realized that we do value each other and we are taking more steps to show it. Hmmmm, interesting how that happened right after I heard from the other woman, eh?

I made a discovery of how someone had betrayed me last year. I suspected it at the time and now I found it was true. But I still bless that person. I trust God will create things just as they need to be.

I also learned a new word. Well not really a new word. A new meaning. One day on KPOA Sister Val was talking about “driving aloha”. And at that time the word meant something new. In case you’ve never been here, let me explain. People in Maui are so friendly it’s like you are on another planet. They go out of their way to do a favor for you. They stop traffic so that you can cut in.  They have hand motions (no – NOT the middle finger!) that say, please cut in, or thank you, or you’re welcome. I found a new meaning for the word aloha. Typically it’s said aloha means “hello”, “goodbye”, “How are you”, or other basic meanings. But I think it may translate better to another word, “Love”. Think about it. What if you said to people, “I love you” to say hello or goodbye. What if you said “I love you” instead of just a thank you. When you drive aloha, you are driving with love. You love the other person so much, you want them to get to where they go before you do. What if you loved everyone you greeted that much? I think I will say Aloha more often. Living aloha means to share of yourself and give to them.

Rocky, a failed marriage is mostly due a bit of both sides, so you shouldn't be so hard on yourself.

Hi Rocky... a very touching post. Feeling valued and appreciated is a universal human need, I believe. I also believe you might have been a bid hard on yourself... few relationships fall apart because it was all one person's fault. Hopefully, you've come to realize that since you wrote this post.

Thank you very much, Rocky, for sharing some of your personal experience.

Hello Rocky and you are good at sharing your past with us here in the Rain.  Make it a good one.

Hey there Nina! Yes another 13 years perspective does change the look on things

Hey there Roy! I appreciate your stopping by and leaving a comment.

Good morning Will! This blogging does stretch us as people sometimes for sure.

It's easy to get captured by emotions on Maui as it has to be one of the most beautiful places on earth.

Thank you for your flashback! Yes, we all want to feel valued.

As for having "aha's" while on a vacation, that's the best time to do it! And Maui would be a wonderful place for some downtime to think.

Rocky your parents are very wise to have taught you that about people.  You would be wise to always remember that.

What a hidden treasure you have found Rocky. We have never visited Maui, but the way you describe the friendliness there puts a smile on my face!

Hey there Ed! I agree completely. Maui is so different it is almost like another planet

I highly reccomend it Lawrence "Larry" & Sheila Agranoff. Cell: 631-805-4400 especially November to March when the humpback whales are there

Words have so many different meanings for people.  Back in February we celebrated our 53rd year together.  Sometimes rocky (excuse the pun), but we worked it out.

Hi Rocky- thank you for the mention and I'll bet you have even more of these gems in your way back machine. Others have said it but I do feel that you may have been a bit hard on yourself. It takes two to tango.

Hey there Kathy Streib 13 years since then has brought perspective