The Fair Housing Act is a law that was created to help limit discriminatory practices related to landlords, tenants, and housing. The act was created on the principle that every American should have an equal opportunity to seek a place to live, without being afraid of discrimination due to factors outside their control.

The Federal Fair Housing act is officially known as Title VIII of the Civil Rights Act of 1968. It prohibits discrimination in the sale, rental, or financing of housing units based on race, color, religion, sex, or national origin. The Fair Housing Amendments Act that became effective in 1989 amended Title VIII to prohibit discrimination based on disability or familial status (households with children under 18 or pregnant women); add new enforcement mechanisms, and expand the Justice Department’s jurisdiction to file cases in federal court on behalf of victims.

The video above was created by Legal Aid of North Carolina.

Never had that issue with anyone I've worked with.  At least not to my knowledge. 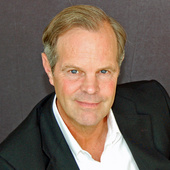