I thought it would be fun to put a Disney spin on a relatively mundane subject, like the real estate market.  So here is a market update with a “fairy tale” theme – enjoy!

Once upon a time, there was a housing market that had many beautiful cottages and castles, and buyers could pick and choose what they wanted.  There was no magic mirror to ask what was going to happen next.  The only ones who could see that the prices were increasing, were the exceptionally good fairy-realtors, like yours truly.  Busy Builders, INC.  could not hammer fast enough, nor could they hire enough elves to keep up with the demand.

Then, FedSu, the dragon in charge of interest rates, began to drop and could not fly as high as he used to.  FedSu became much less of a threat to local cottage and castle buyers.  This gave Homeowners a chance to move into bigger cottages or more luxurious castles! Now it was possible to find a fortress with acreage to grow giant peaches or maybe even a beanstalk or two! Local fishermen could now get a lake front cottage and fish to their hearts content. Growing families could even find larger dwellings with extra bedrooms to accommodate a newborn prince or princess.

Today, the Royal Bank of Scrooge, and other money lenders are not as Grumpy about loaning money on new cottages. However, craftsman could still not hammer fast enough. Builders started becoming less hesitant about starting new dwellings for new homebuyers. However, local merchants that provided hay, wood, and bricks for building materials were not Bashful when it came to raising their prices. Supplies became much more expensive for all the craftsmen. Even though FedSu was still flying low, people began to realize that it wasn’t just the building supply prices that had started to go up, it was also the cost of household items and appliances! The Wolf of Wood wasn’t the only one howling from the lumber yard!  The Alpacas of Appliances started raising their prices as well.  Just finding a nice stove to cook a pot of porridge on was becoming very costly for all the townspeople.  Regardless of the rising prices, cobblers and clergy, dog walkers and dungeon keepers, Docs and doughnut makers still needed new lodging for their growing families and businesses.

Many of the townspeople began to worry about the Beastly Bubble Blowing Bear that blew giant bubbles known as “housing bubbles” (this is a whole other topic we can discuss later!).  Luckily, a numbers wizard from the National Association of Fairy-Realtors reassured the people that this would not happen this harvest, nor the next – she predicted that we would have several more harvests of good growth for cottages because we were so far behind on the “hammering”! Mr. Beastly Bear would not be able to blow bubbles for a very long time.

Not everyone was Happy with the price of cottages and castles, however.  Some Sleepy townspeople wanted cottages to cost the same as they did 4 harvests ago, but the Fairy-Realtors showed them that it just wasn’t possible. The Fairy-Realtors recommended that they go ahead and move forward with their plans to build new cottages and castles and shopkeepers’ quarters. The townspeople were finally able to understand that there was no need to fear! They were finally able to see that the Dreams They Had Wished For could finally come true! The townspeople were Happy that their friendly Fairy-Realtor had encouraged them to invest in their futures and the future of their Magical Kingdom. As an added bonus, they were able to lock Fedsu down and the people could live without fear of the interest rate dragon rearing its ugly head for a long, long time.

And… they all lived happily ever after!

Now, we all know that real estate investment is not a fairy tale, but all of these facts came right from the National Association of Realtors web site, which is a wealth of information.  I just put it into the “fun fact format” for you.  The price of homes today can be a little intimidating, but I believe this is one of those situations where 3 years from now, you will be happy you bought when you did.

Now get out there, call me, and let’s make you Happy by buying a home! Don’t be Bashful... or Dopey for that matter! 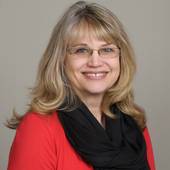