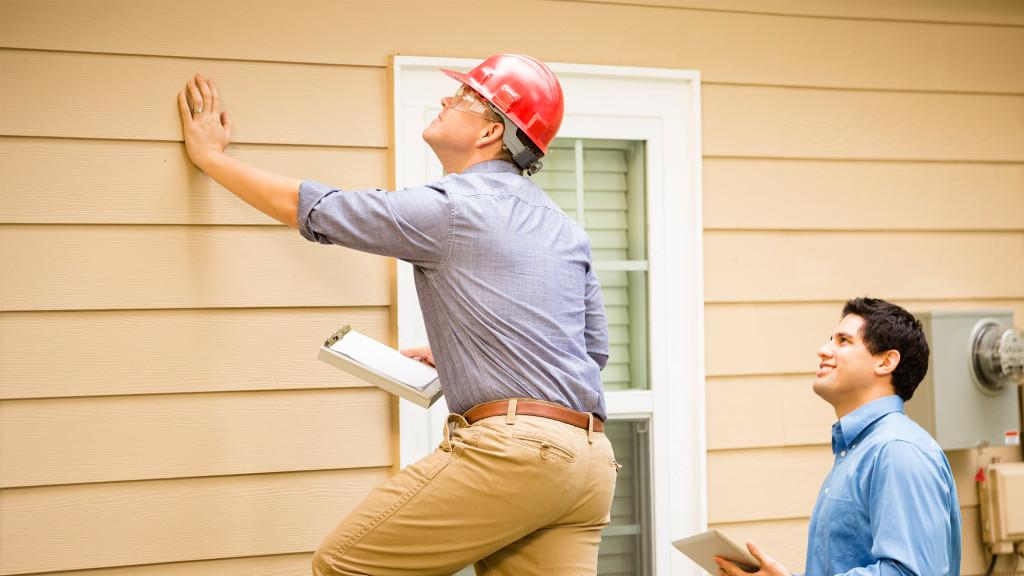 Home inspections are scary. Just when you swear you’ve found the house of your dreams, a home inspector comes along and tells you everything’s that’s wrong with it—which might lead you to think you should run for the hills!

But rest assured, most things turned up during a home inspection aren’t deal breakers. Still, there are certain red flags that really should make you very, very afraid. So how can you tell? For starters, you should try to attend your home inspection to see firsthand how your inspector reacts as he checks out your house.

“If your inspector comes to an abrupt halt when entering a room, or their whole demeanor changes, it’s possible they’ve just run across something very bad,” says Welmoed Sisson, a Maryland home inspector from Inspections by Bob, and author of the book “101 Things You Don’t Want in Your Home.”

Another red flag is if you hear an inspector say, “I’ve never seen this before!” says Frank Lesh, ambassador of the American Society of Home Inspectors.

The somewhat bright side? “I tell my clients that pretty much any defect I find in a house is fixable,” says Sisson. “It’s just a matter of how much money they want to spend on the repairs.”

So if you find big bills scary, know that the 10 problems below don’t come cheap. “Any of the problems I’ve mentioned below could easily start at around $5,000 and go up from there,” Sisson says. So if your home has any of these issues, don’t say we didn’t warn you. 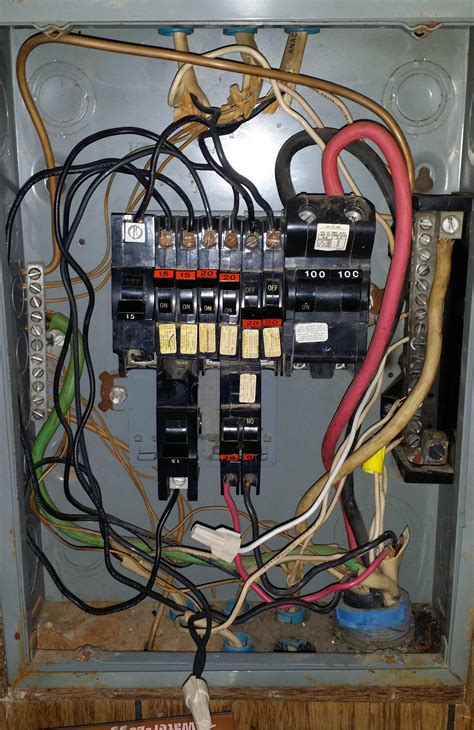 “There are three brands of electrical panels—often called fuse boxes or breaker boxes—that we always recommend replacing, due to safety issues,” explains Sisson. “They haven’t been manufactured for decades, yet we still see them. The three brands are Federal Pacific, Zinsco, and Bulldog Pushmatic. All of them have issues with not tripping properly when excess current goes through them. The Zinsco breakers also have issues with electrical arcing, leading to fires inside the panel.”

This old deck could collapse under your feet. (Welmoed Sisson)

“People are surprised to hear that decks only have a 12- to 15-year life span,” Sisson informs us. “The issue is the fasteners; they corrode and lose their hold on the house, and the result can be a catastrophic collapse.” Every year, people are injured or killed in deck collapses, because homeowners aren’t aware their decks aren’t safe. Plus, rebuilding a deck isn’t cheap, totaling anywhere from $10,000 to $15,000.

This cracked chimney could be more dangerous than you think. (Welmoed Sisson)

“Any chimney repair will be expensive,” says Sisson. Even a simple crack could mean having to demolish some or all of a chimney and rebuild it. A chimney that has separated from the house is even worse. “It cannot simply be pushed back into place. It has to be completely taken down and rebuilt,” Sisson says. A complete chimney rebuild can easily top $20,000. 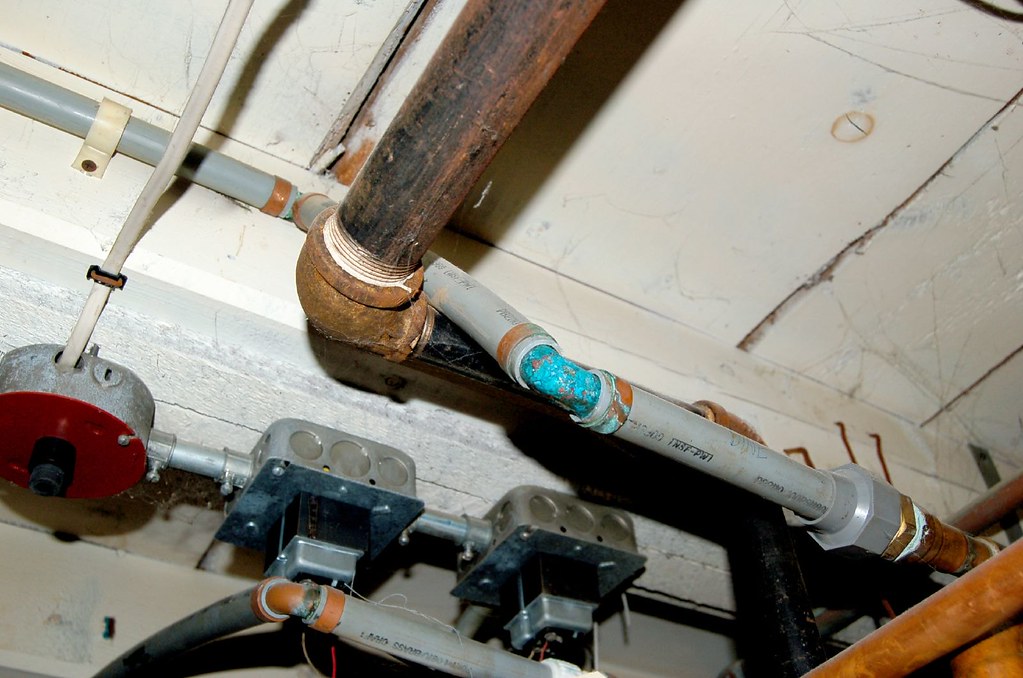 This water pipe, typically gray in color, was widely used in the 1980s, and was subject to a class action settlement because the joints tended to fail, causing flooding. “We still see it, and we always recommend replacing it,” Sisson says. The bill generally starts at about $10,000.

Around the time of the Vietnam War, copper shot up in price, so electricians turned to aluminum for wiring houses. “The problem is that aluminum expands and contracts more than copper when it gets hot, which weakens the junctions, so there was a big increase in arcing and fires inside walls when connections loosened up,” Sisson says. “Some insurance companies won’t write policies on homes with aluminum wires, because of the risk of fire.”

“An environmental time bomb, and if it is leaking, the stakes are enormous,” Sisson says. “There is no limit to the homeowner’s liability for cleaning up the contamination from a leaking tank, and insurance will not cover it.”

So you think there’s no way a tank is buried on your property? You may be surprised. Buried oil tanks are still quite common in colder climates; burying the tank helps prevent the fuel from freezing and lets it flow more smoothly. Plus, older tanks were often single-wall, so any corrosion or damage to the tank could mean oil seeping into the ground. In the case of an oil leak, the tank and all the surrounding soil must be removed and disposed of as hazardous waste; the soil gets dug out until all traces of oil are gone. If it’s been leaking for a while, that could mean a lot of soil.

“Altering roof trusses can seriously affect the structural integrity of the roof,” says Sisson. “We see truss sections cut to accommodate pull-down attic stairs, or to install a new air conditioner, or even in an attempt to make the ‘wasted space’ in the attic more usable. Fixing these trusses requires a structural engineer’s input.” As well as thousands to fix.

This is the stuff that makes old air conditioners work—and since it’s no longer being manufactured, repairing systems that use it has become costly. According to Sisson, a repair that was once maybe $200 could now be well over $1,000.

“An A/C that uses R-22 doesn’t need to be replaced immediately, but when it needs repair, it should be replaced instead,” Sisson says. “Keep in mind that an A/C will likely conk out in the middle of summer, when contractors get backed up and prices may be inflated. So it may be prudent to replace a creaky old system before it breaks.” 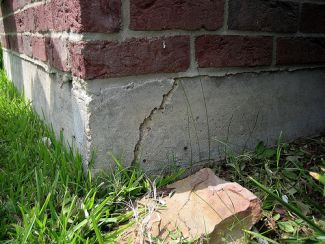 “These are bad because they can be enormously expensive to repair properly, and the consequences of poor repair can be structural collapse,” says Sisson.

“It could be a structural problem” is a phrase that Lesh agrees his clients are particularly wary of. Lesh typically recommends for a structural engineer to be called in. “That could end up costing no more than the engineer’s fee if it’s determined to be an insignificant deficiency,” Lesh says. “But, it could require remediation to correct the problem.”

Asbestos insulation, asbestos floor tiles, termites, mold, lead paint—all are things that must be addressed by a professional, meaning someone other than a run-of-the-mill home inspector … and could add up to a big bill.

Hello Christopher Pataki thank you for sharing the list of things to take care of before home inspector might find.

Thanks for sharing Christopher! Great observations!

“If your inspector comes to an abrupt halt when entering a room, or their whole demeanor changes, it’s possible they’ve just run across something very bad,”