Home > Blogs > Kelly Shoemaker > Kelly's Blog - Broken Arrow, Oklahoma
bookmark_borderbookmark
Terry Gartside teams up with Radergroup. Two longtime Tulsa-area real estate agencies, Coldwell Banker Radergroup and Terry Gartside Realtors, announced Tuesday they are merging effective immediately. The combined company, now known as Coldwell Banker Select, will have 13 offices in Tulsa and approximately 540 employees. Terry Gartside said the merger with Sam Rader's agency will help them both broaden their services to buyers and sellers, as well as increase their market share in the area. "Sam and I have been good friends for the more than 30 years we've been in business, and he covers markets I don't," Gartside said. "It was a natural fit for us." Rader will be chairman of the combined company, while Gartside will be vice chairman. Last year, Gartside's company had $115 million in sales on 1,000 transactions, while Coldwell Banker Radergroup had $860 million in sales on 5,600 transactions. The new company will have offices in Tulsa, Broken Arrow, Claremore, Owasso, Skiatook, Sand Springs, Sapulpa, Jenks, Glenpool, Durant and Kingston. Rader and Gartside are both past presidents of the Greater Tulsa Association of Realtors and the Oklahoma Association of Realtors, and have both earned OAR's Realtor of the Year award. Rader is regional vice president of the National Association of Realtors, representing Oklahoma, Kansas, Missouri and Arkansas, and serves on NAR's executive committee.
Like favorite_border
favorite_border 0
repeat 0
bookmark_borderbookmark

Sounds so exciting.. What do you think of the merger ? Looks like you need to update your cards now.

I will keep reading the comments on this!

Roland - Think it was a great move for both companies!  Expands our market and really increases theirs!  Yes I do need new cards and I just got some about 2 months ago.  Did you change companies?  I see you are with Exit!

Norma - Thanks for stopping by - wish there were more comments to read...lol

Hey there Kelly... Hope all is going well with the merge.... Don't look like you have been Blogging much. Yes I did make a move to Exit Realty Clarksville on April 25th. I had to make a decision as to what was best for my family. 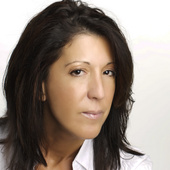