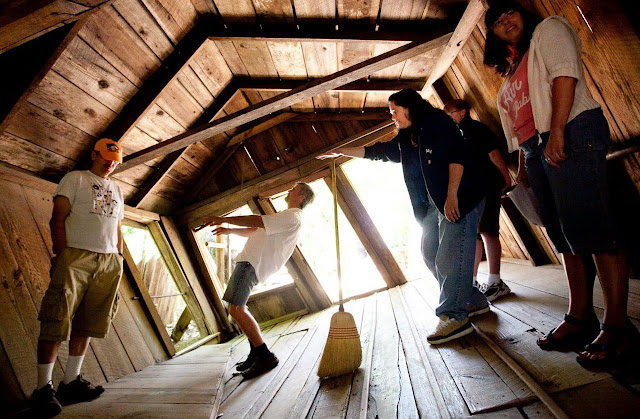 A couple of weeks ago I was showing an old Key West house to a couple of potential buyers. They commented on the uneven floor in the 130+ year old house.  It wasn't quite as glaring as the photo above. In fact it looked pretty good compared to a lot of properties I have shown over the years.

I took them outside and showed the newer concrete piers added to replace some of original coral rock piers still in place. Buyers like to use old piers and uneven floors as a bargaining chip when negotiating the price they are willing to pay for an old house. I told them of a trip we made to the Cotswold's several years ago. I had read about The Lygon Arms in a travel magazine. It is located in Broadway, England and has roots dating back to the 1300s. We arrived without reservation in early May. We went inside and asked about room availability and rates. They showed us a modern room at an addition in a building to the rear and also one on the second floor of the front building. That room we were told is where Oliver Cromwell slept the night before the Battle of Worcester in 1651. We chose that room. 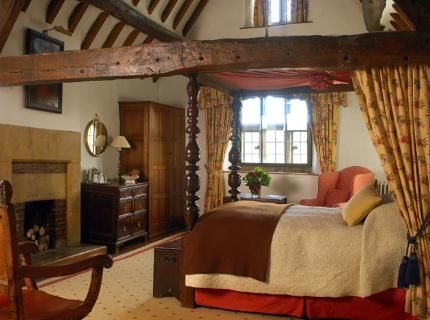 My heart sank when we walked inside. It was so incredibly English! There was a fireplace, vaulted beamed ceiling, and sagging floors. The above photo shows either a rug or carpet covering most of the floor. I remember a smaller carpet surrounded by old wood floors with centuries old patina. I laughed at the sagging. Who cared. I won't bore you with tales of our visit. Go see for yourself. It is worth every thousand dollars you spend. And more!

My potential buyers said they had been coming to Key West for years and finally decided it was time to buy. They said they had worked with a former Key West real estate superstar Rudy Molinet. They said they should have bought from him years ago. I quickly agreed. They should have. I told them something Rudy told me he would tell to his customers when they started harping on old floors. It went something like this: "It's a hundred years old house. What do you expect?"

Hello Gary - there are people who don't like or appreciate old homes.  Tilting floors is just one of the reasons.  And there are many others.  Even in new construction.