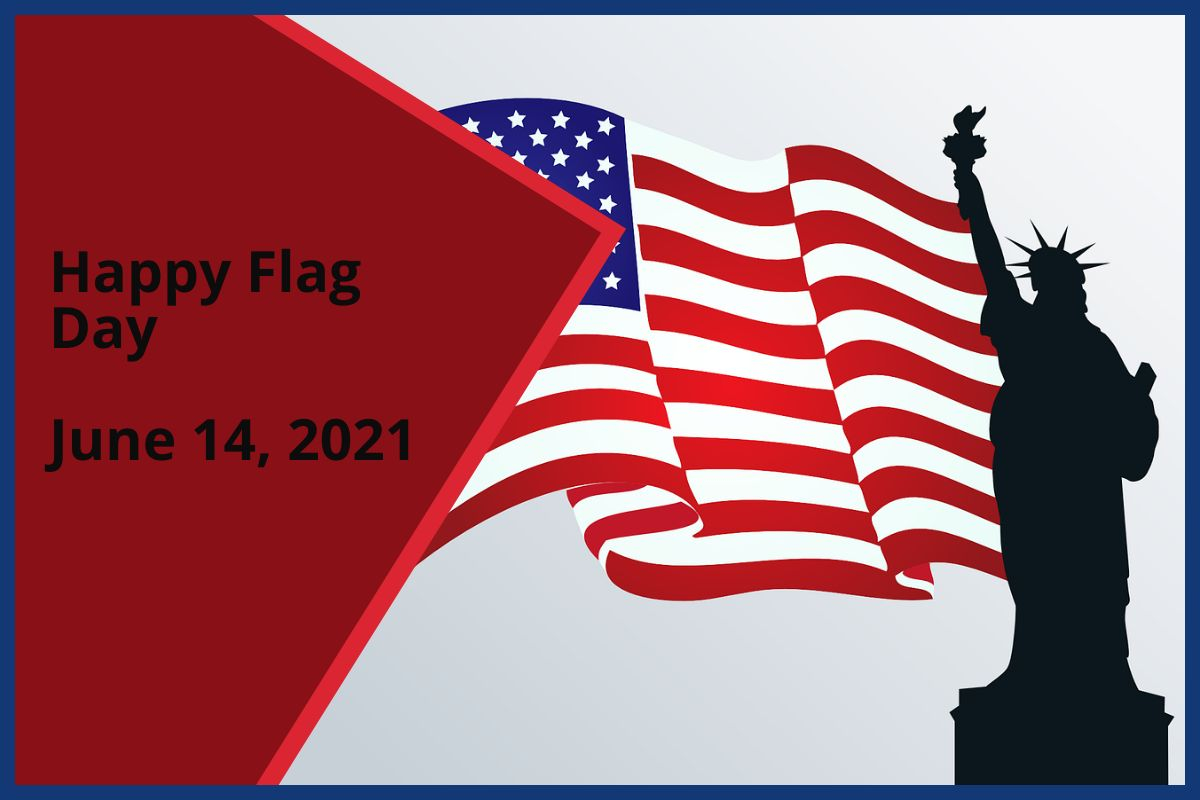 While it is not known as a national holiday and business will continue as usual today, it deserves a day of recognition as a symbol of our great country.

Some noteworthy days as relates to the flag:

January 1, 1776: The first United States flag, the “Grand Union,” was displayed by George Washington. Of course all know that it was credited to Betsy Ross as the designed and creator of the first flag.

June 14, 1777: The Stars and Stripes were adopted by the Continental Congress as the Flag of the United States.

June 14, 1877: Flag Day was observed nationally for the first time on the 100th anniversary of the Stars and Stripes—and continues today. In 1814, the flag flying after a heavy bombardment of Fort McHenry during the War of 1812 with the British was the inspiration for Francis Scott Key to write a poem which eventually became our Star Spangled Banner. Feb 23, 1945, a group of battle worn marines raise the flag on Mt Suribachi as the US forces stated their island hoping campaign to ultimately bring an end to the war in the pacific.

Our flag has a deep history for it's significance as we as a nation have fought for our freedom and over the years the fight to protect freedom around the world.

We happily fly our flag as proud Americans and appreciate those that do it for the same reasons.

Ed, great reminder to celebrate our American Flag today, and still haven't gotten it out of the closet.

We love our flag.  And I have been delighted by all the posts that I have read today.  I think on this subject, we are all on the same page.  A

Good morning Ed -  that flag is the symbol of our freedom.  Love to see it fly.

Our flag has a deep history for it's significance as we as a nation have fought for our freedom ad over the years the fight to protect freedom around the world.

Flag day is a great reminder of the struggles America has, and continues, to face. United we stand!

Ed, "Old Glory" deserve our respect and to be honored.  Everyday should be Flag Day.

Hi Ed- We too have been proudly flying our flag as well. I love the history that you included in your post!

The flag is deserving of our respect.  I also observe my mother's birthday on this date.  Happy Birthday in Heaven, Mom!

Joan Cox   Not good, it should be waving proudly

Ron and Alexandra Seigel   A and well we should be

Nina Hollander, Broker   And written from the heart

Trish Cole   If only we could stand together as well within the borders as we do against those outside of the borders.

George Souto   It is at our house

Myrl Jeffcoat   And Happy Birthday to  your Mom as well.

I didn't get out much yesterday but I am certain that there were a lot of proud American flags on display.