Have you ever been in a relationship with a man you believe had a lot of potential but could change a little bit?

If so, then you know that trying to change a man always backfires!

And today I share why you should never try to change a man.

So, if your boyfriend refuses to change and you are wondering if it’s time to let go and move on from the relationship. Then this post is for you.

1) He will resent you

What happens when you try to convince someone to do something they don’t really want to do?

At first they do it but then after a while they abandon it because they were never invested in it in the first place. They don’t have the drive, desire or interest in pursuing that thing.

And that’s exactly what happens when you try to convince your partner to commit, to settle down or to marry you.

He might give in because he feels pressured to do so, but if he never really wanted it himself, he will eventually realize that and resent you for it.

2) You are focused on the wrong person

The bible says in Matthew 7 to first look at ourselves before we look to blame someone else.

Rather than trying to change or fix your partner, you should focus on yourself and question your own behavior in the relationship.

Ask yourself why you are staying in a relationship with someone that is not giving you what you need?

Your subconscious desire to stay in a dysfunctional relationship shows traces of codependency and will lead to your own detriment if you don’t tackle that behavior.

So, focus on yourself, identify what you truly want from a partner and relationship and then take the necessary steps to get what you want without putting the pressure on him.

3) You would not want someone to change you

I love the scripture that says “ you are fearfully and wonderfully made” because it gives me reassurance that I am exactly the way God wanted me to be.

I use it to feel confident in myself, empowered about my purpose and excited for the future. And I hope you do too.

And that is the same for men.

If you assume men do not deal with the same insecurities as we do, you are mistaken. Because they do. They fear being rejected, they fear abandonment and they fear failure.

So, if you repeatedly make him feel like he is not good enough for you, he will eventually distance himself.

Nobody wants to feel like their partner does not love them for who they are.

No matter how desperate you are to make things work, trying to change someone will always backfire on you. 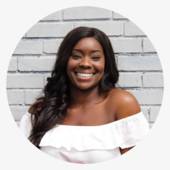