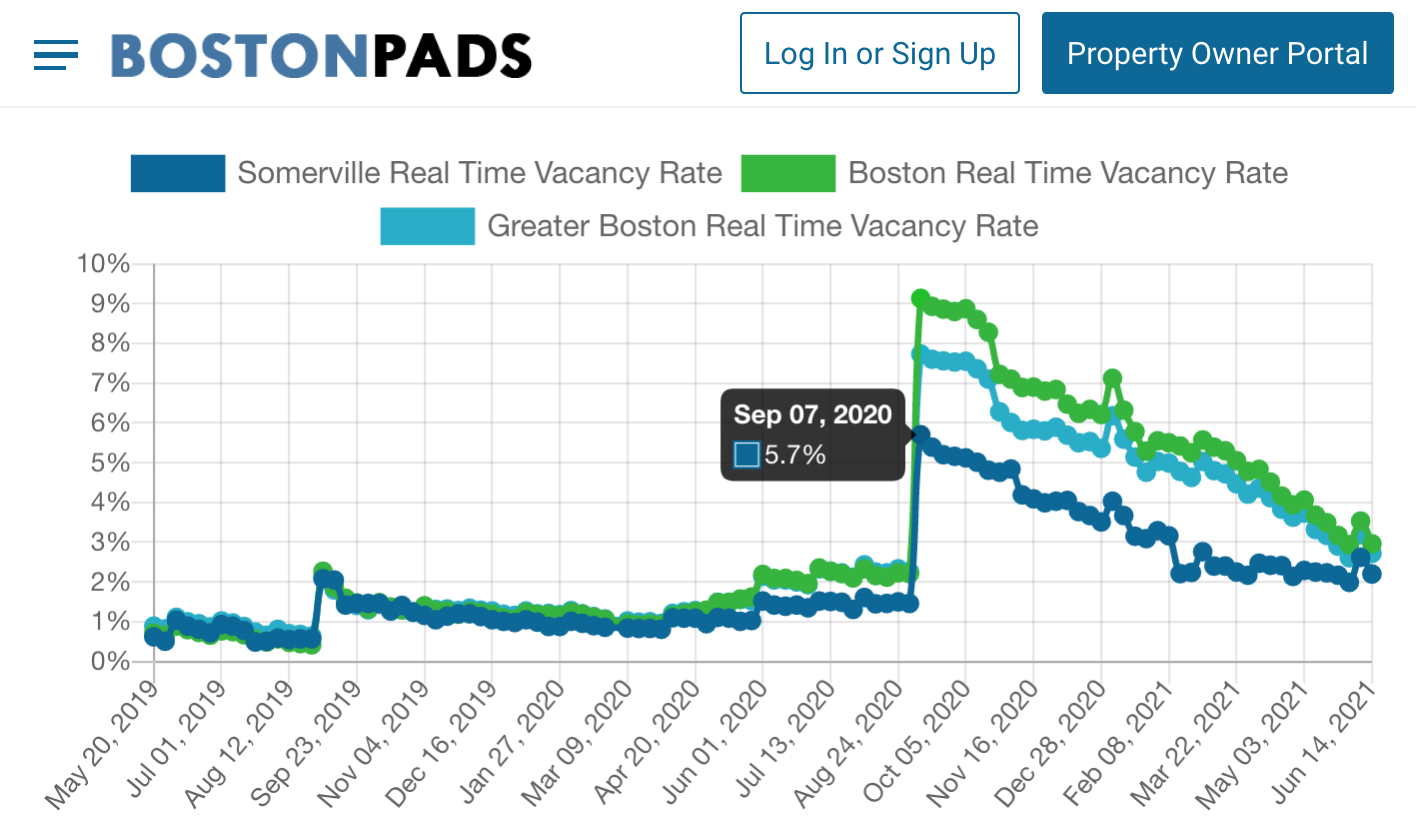 So why was Somerville's housing market spared?  They are certainly akin to high seasonal apartment turnover in September given its proximity to Tufts University and Cambridge.  Conventional wisdom would assume that Somerville should have felt the same apartment supply glut that other college towns were experiencing.  The fact that it didn’t can be observed by looking at the availability percentage during that time.

As the availability percentage in many of Boston’s neighborhood trended up in the latter half of 2020 when it historically trends down, Somerville’s apartment availability remained relatively flat until February of this year.  Available listings were not getting rented in advance of the 9/1 moving date in most of Boston during this time because student housing demand was squashed by COVID and remote learning.

So where was this demand coming from?  The answer, at least to some degree, is remote work.  As the business professional renters in Downtown thinned out, the vacancy rate for apartments in Downtown Boston’s skyrocketed to an unimaginable 23%. Simultaneously, apartments in the suburbs and Outer Boston filled up with remote workers seeking less congestion and a better home office environment.  Somerville benefited from this shift in demand and was able to maintain more healthy numbers.

So what does this mean for the long-term in Somerville’s apartment rental market in 2021? For one, you expect apartment supply to look pretty scarce around September when the Tufts students start coming back to town.  This will inevitably push prices upward, perhaps to the point where Somerville will overtake Cambridge and Brookline as the most expensive suburb.

Also look for more unconventional leases being signed in Somerville over the next few years.  Historically, a majority of leases in Somerville begin and end on 9/1, but that may be shifting considering the number of business professionals Somerville has taken on.  Whether or not that trend will stay for more than a year or two will be interesting to see, but look for Somerville’s cyclical demand to be less volatile in the next year or two.

We will continue to monitor this data as September approaches.