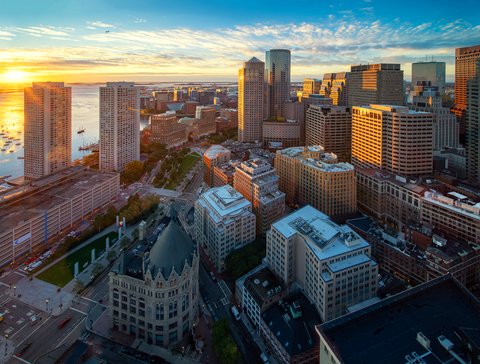 The State of Massachusetts has been steadily growing over the past decade, particularly within the Boston metro region.  Student enrollment numbers have grown at the many Universities that call Boston home, and Boston has become a favorite market for VC funding bringing tens of thousands of jobs to the metro area.  The US Census estimates that Massachusetts’ population has grown 5.26% over the past decade.

That growth has has been slowing in recent years, and 2019 marked the first year that the Bay State has lost residents according to estimates from the U.S. Census Bureau.  While we won’t have their 2020 data until November, we do have other reports that indicate that population may have declined even further in 2020.

United Van Lines tracks inbound and outbound moves by State, and the report does not look so bright for Massachusetts.  According to their study, they had the 4th lowest net inbound/outbound shipments out of all 50 states, ahead of Virginia, Ohio, and California and the 3rd lowest inbound shipment percentage at 43%.  So according to their data, there were more people moving out of Massachusetts than moving in.  Seems like a steep margin, but it could easily be explained by the housing supply issues that plagued the City of Boston as a result of remote learning in 2020.

How Does Massachusetts Rank In Terms of Inbound & Outbound Migration?

Where Is Population Growing and Shrinking Inside of Massachusetts?