Shortly after the events of 9-11 a group of students from Hanover NH Middle and High School gathered around the outside flagpole to recite the Pledge of Allegiance.

Several of the students Mothers asked why the pledge wasn't  said in the classroom? They were told that several of the classrooms didn't have flags....They discovered that even though State law requires that every student be given the opportunuity to say the Pledge there were many schools that were witout flags!

The women embarked on a quest to put a flag in every NH classroom. They worked in tandem with the American Legions who have a mission mandate to supply flags to those who need. After only five years they have managed to place 4,000 flags in 500 schools!

The women are now talking about seting up a website to help other states get flags!

Edit: Brian Shulman has written a "complimentary"Post with an explanation of the Pledge of Allegiance

The Story of the Pledge of Allegiance

What a wonderful cause! I remember saying the Pledge every morning during elementary school (a public school). This definitely instilled a patriotic respect for our country.

I cannot imagine a classrom without a flag!  What a totally worthwhile cause and one that is well handled by dedicated private citizens.  Way to go!

Hi Gary...Like so many other rural communities...grass roots efforts are alive and well in NH

Carole...I think their idea to take the effort country wide is a great one but I can't find any more info!

I agree Vicki and had no idea that they didn't!

Brian...that brings up an interesting question...I wonder how many do know the story behind the pledge?

I'll keep an eye on it Mary...It's a really worthwhile project!

LOL Joan....we've had to do that at meetings too!

Hi Rich..I think most schools still do that...I guess they all just don't have flags!

Hey Steve...it really is something what ordinary folks can accomplish!

I am sort of a Flag nut and this post gives me hope that our younger generations will come to know and understand the significance. The Pledge is good but a history lesson with it would make even better sense. Wonderful and illuminating.

William... really don't have any idea how much the kids are taught about the flag..maybe there is someone out there who does

Joan, see my post today about the Story of the Pledge of Allegiance!

Joan, that shocks me! My kids were homeschooled and pledged allegience every morning with their video class. What a great idea to place flags in the classroom. Thanks for sharing the story.

Government should move this efficiently. Congratulations on the people who got the job done.

Debbie...I was shocked too. I guess I just assumed....and you know what they say about that!

Joan, nice post for the Holiday and very inspirational it is always nice to read things about how people can band together to get something done.

Christopher..you are so right we can really accomplish a lot if we all just work together! 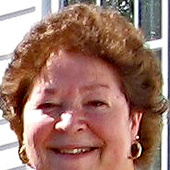