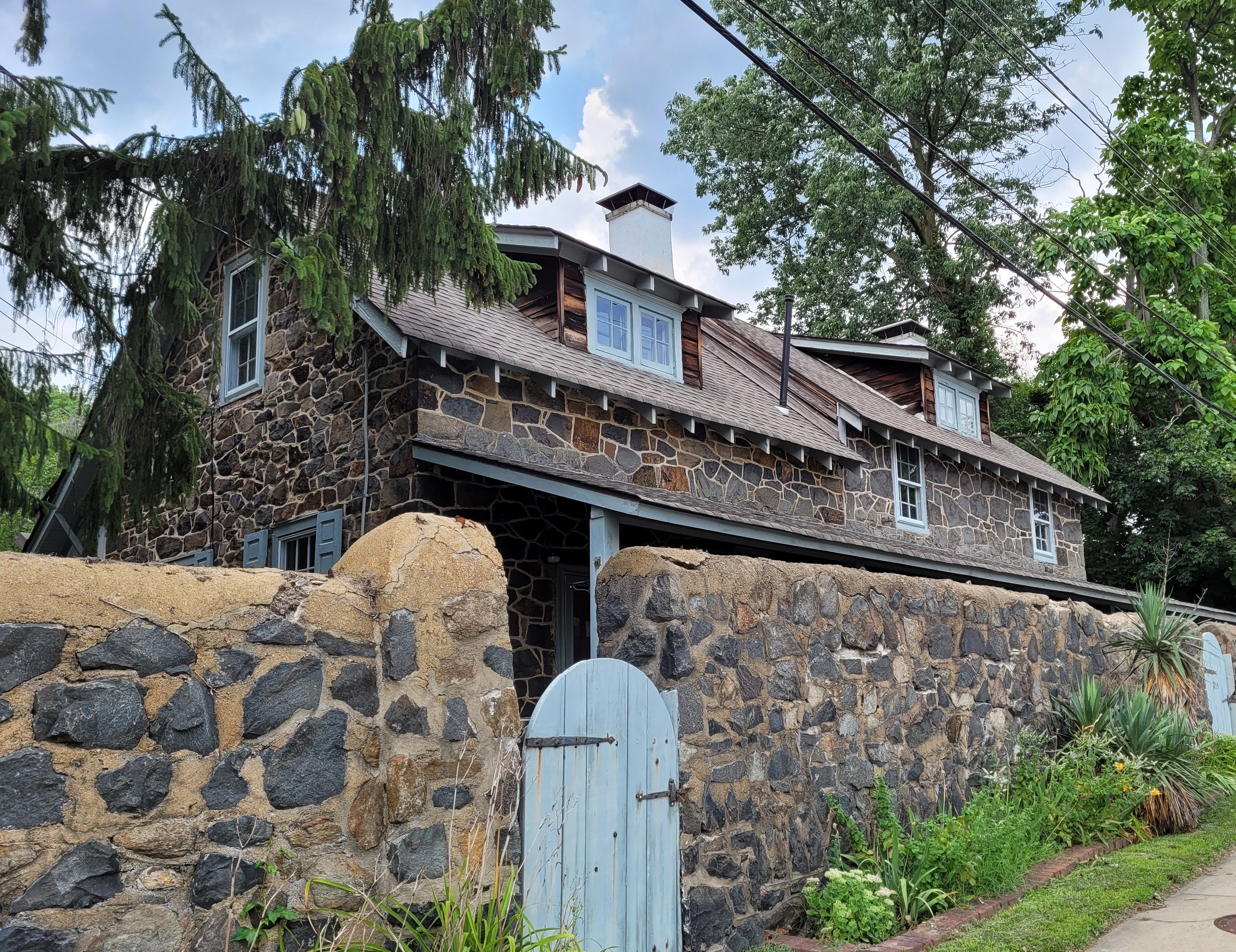 To those driving up the Philadelphia Pike just outside of Wilmington, Delaware, an anomaly appears--a thick stone wall with a home peeking out behind it. What could this ancient looking building be?

To those in the know about the importance of this area during the Revolutionary war, the Penny House, built in 1749, is a rare survivor of the period when Continental troops marched south on what was known as the King's Highway. Today, this route has officially been named W3R, or the Washington-Rochambeau Revolutionary  Route.

In 1781, General George Washington and French General Rochambeau marched south to Yorktown, Virginia and victory for the new nation (with the help of their friends in Europe). It is said that Washington often traveled this route on his way to his home in Virginia--and sometimes stopped for a cool drink at the spring which still exists out back.

The Penny Family was the first to live here, and it is known it was used as a toll house for the turnpike out front. In later days author James Warner Bellah resided here.  He is known for writing "She Wore a Yellow Ribbon,"  "Fort Apache," and "Rio Grande."  Later, local artist Robert Shaw lived in the property.  I remember visiting the property on Wilmington Garden Day, when local antique dealers lived in the house. They featured not only the beautiful grounds, but a small outbuilding filled with antiques.

For anyone looking for an island of peace in this busy area, I recommend making an appointment to see the Penny House.

Hello Carolyn - what a nice trip through history with this post.  Interesting.

Michael--Always happy to do a little time traveling!

As I saw the house before reading the post, I had recollections of driving through rural areas of Eastern PA and seeing similar.  They certainly were grand homes

Thanks for the memories, Ed!  Although this area is no longer rural, it certainly was outside the city when it was built.

Hi Carolyn Roland-Historic Homes For Sale In Delaware and S. Chester County PA - What a great story.  My husband is watching "TurN" right now and I bet he will appreciate your great images and the history behind that wall.

Sheri-I'll have to see if I can get that program--it sounds interesting and definitely history related!

Thanks, Myrl. History marched right by this house, for sure!