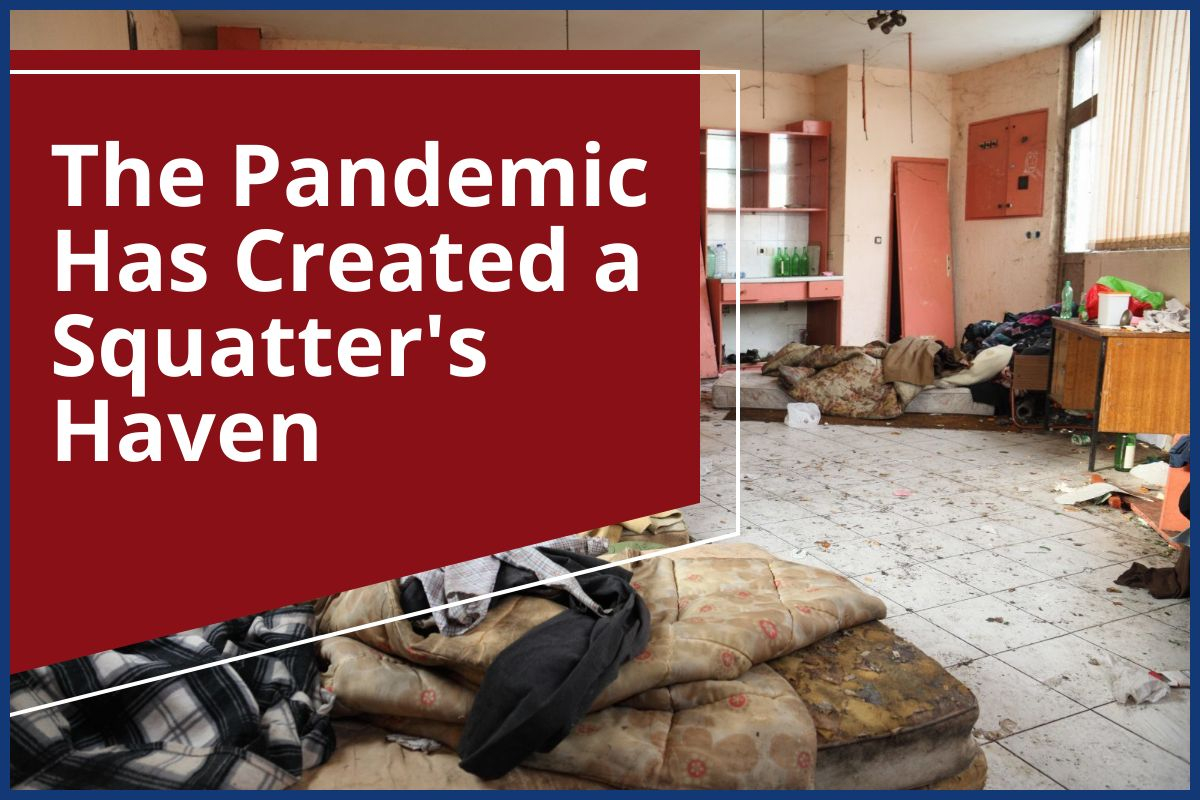 The Pandemic Has Created a Squatter's Haven

When the pandemic was officially announced in Mar 2020, the CDC also placed a moratorium on evictions. Some renters recognized this as an opportunity to live for free.  There are always times when a tenant may be a bit late with their monthly payment but will be apologetic about being short.

Then there are the tenants that look for opportunities to hold back citing issues within the rental property that need repair and withhold until it is resolved. In the mean time there are other things on which they send the money.

Many people have suffered loss of income through these times as businesses that deal with the public were forced to close and other businesses where people were working close together likewise had to close.

Opportunists will always take advantage of situations and I have been exposed to two such cases.

Situation 1:  Landlord Forced to Sell as Unable to Pay the Mortgage I had a reverse mortgage short sale last year with an owner of a 2 family home. The seller was in his 80's and as expenses got out of control needed the income from the tenant to manage his payments. As soon as the CDC placed the moratorium on evictions the tenant stopped paying their rent.  While still working, it was just an opportunity  to live rent free.

Our state offered rental assistance which was funded by the Federal Government. Once the renter realized that the income was going to be sent directly to the owner they stopped their application.

With insufficient income and not appreciating the endless calls from their lender looking for payments, the seller sought legal help and ultimately sold the home.  Within 2 months of selling the home the squatters were forced to move by the no nonsense new owner.

Situation 2: Buyers Uses Repairs As an Excuse To Occupy a Home One of the agents in our office represented a buyer in a purchase. The process was moving forward and the seller happened to mention to the buyer that they were going to hire someone to do some minor repairs and paint the inside prior to the buyer occupying the house.

As the buyer was handy, he offered to do the work at cost. Seller gave him the keys and told him to just let him know what was needed and he would get the materials.

It has been months now and only after the moratorium on evictions is removed will the seller's lawyer go after the squatter.

Hopefully, once the pandemic has gotten under control stories like this will be bad memories. In the meantime, landlords will have to do the best they can to keep their rental properties secured and maintain their payments.

This post was in acknowledgement of a recent post by Margaret Rome on Calls, Texts and Emails, Oh My, where she mentions squatters.

The Pandemic Has Created a Squatter's Haven

You know a lot about the virsus. New Orleans has always had more like now. My neighbohood has it now.... I have clients that have had issues with non-payment.  Their renters didn't have any issues, they just stopped paying.  I have personally had issues with one of my renters.  If the government wanted to help, they should have provided assistance for those that could prove they were impacted by COVID.  It was a mistake to put the onus on property owners.  It is not the government's business to take away the rights of one segment of society to help another.  It is a very dangerous practice.  It is time to remove these eviction moratoriums.  They should have never been allowed in the first place.

Hello Ed - the impact of the recent(and ongoing) pandemic has been far-reaching.

What a nightmare! These two cases are horrible. Apparently the moratorium didn't consider that landlords are not nameless, faceless corporations but individuals who rely on that income. I hope the end is in sight to these moratoriums.

This is just beyond... I have a number of investor clients who have thankfully not reported these kinds of issues.

Ed, the geniuses who pass these laws seem to forget that the evil landlord also has a mortgage and bills to pay.  So while they provide relief to the renter, they fail to realize that without the rental income, the evil landlord will also require assistance.

Hi Ed- Raymond Henson, eXp Realty said it better than I could have. I suppose the powers that be in government are more concerned about how generous and kind they appear by helping out the tenants with no thought for the person responsible for the mortgage.

Ed Silva,  Thanks for the mention and for following up and telling us about your experiences with squatters. There must be many stories to tell.

Raymond Henson, eXp Realty   The current style of government is a lot like Socialism than democracy. Although I saw the flash from NAR yesterday that POVUS is not going to renew the eviction moratorium.

We will see, Ed Silva. California has extended the moratorium and, since Newsome believes he leads a nation/state unto its own (he says it all the time), the wait for us might be even longer.  It has just become too easy to lay the problems of the world on those working hard and showing some level of success.

I would like to think the recall will get someone that is more even handed than Newsome, but our state has morphed into a one party system and I see little chance of Newsome losing.

Michael Jacobs   People make these decisions looking for future votes and nothing else matters.

Nina Hollander, Broker   The government will need to do something to help the landlords that they messed over initially.

George Souto   They think they did when the allowed renters to request a rent relief payment. The renters however stopped the process when they realized the check was going to go to the landlord and not to them

Kathy Streib   The geniuses felt they were helping their voters and the landlords would fend for themselves.

It is very sad how the government has handled that whole situation but I guess we should be used to the government not doing what would truly be most beneficial for the people they were elected to serve.

Ed, this has been a problem here in Denver too.  Had a couple clients calling me asking when the moratorium would end, as their tenants were just plain lazy and didn't want to pay.   This was so tough on small landlords that relay on that income.