Welsh Rarebit - but don't use beer. Use your favorite hard cider. And I've NEVER gotten the hang of cream-based Welsh Rarebit.

Zucchini bread - word of honor, I think it's even better with yellow summer squash than with zucchini - comes out this beautiful golden color, and I think it highlights the spices better (and PS, this is another recipe where you can swap out the cinnamon and all and try Chinese Five-Spice Powder instead).

Yes our friend inspired us to do super easy recipes, I did three that were all under 30 minutes:)Endre

Hello Lauren - it's important to remember the importance of adapting and adjusting.   In recipes and in all aspects of life.

Michael Jacobs Of all the AR community, yes, you are the one I would expect to be able to take a lovely philosphical look at this post. Lauren

Nothing better than warm Zuchini Bread with melted butter and a cup of tea.  Bill

I don't think I've ever had Chinese Five Spice Powder. I'll have to try it!

Kat Palmiotti It's finally mainstream enough you can often find it in a plain 'ol grocery store. It's usually a mix of star anise, cloves, (Chinese, if you want to get finicky) cinnamon, Sichuan (Szechuan) peppercorns and fennel seeds. I've read that it can vary some, family to family or region to region, kind of the same way garam masala and other blends can vary.

Hello Lauren Williams, CPO, CVPO thank you for the delicious all sort of super easy recipes. 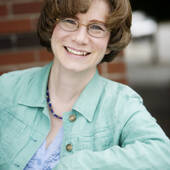