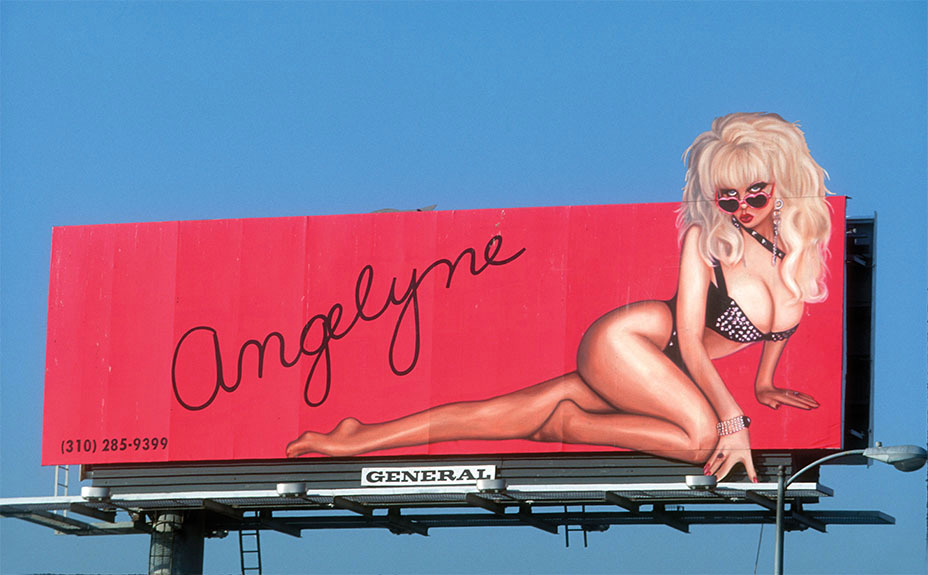 Our governor has about 1 year left with his term.  Prior he was the mayor of San Francisco City.

It has brought to my attention that there are several 1,000s candidates interested to be elected as new governor.

She has huge pictures of herself on the billboards all over prior to the election. No, not hanging in Las Vegas. Right in Los Angles area. Here is her WebsiteAngelyne4governor.

No,  her name is not Rona Tama Goldberg anymore. She says she is Poland holocaust decendant.  Just assume to buy a poster hang on the wall pay her $100 by Paypal.  She ran for Hollywood City Council in 2002 and governor of California recall gathered 2,536 votes, finished 28th. She probably will be more popular this time. Many men would like join her party.  Not bad, for a 1950 baby boomer. The second candidate is Caitlyn Jenner. I know him as men's decathlon here in San Jose, Ca.  San Jose State University was the training ground for many track and field athletes.  Bruce won many medals at competions. In 2012 Jenner showed as a trans landed with Diane Sawyer, stating that he, well, now she had dealt with gender dysphoria since her youth. "Her" past failed marriages with different wifes could have been prevented should he became a pretty girl earlier. After all California is the leading state especially with a heavily concentrated LGBT community. Winning the race only requires most votes and Caitelyn is popular. She can throw politicians out of farther than any one is a big attribute.

Other candidate I have not figure out what they advocate.

2. Dan Kapelovitz-Green Party, "Can you dig it?

What are your thoughts on the recall and candiates?

Good morning Sam. Your current governor should be recalled! That said, are any of the candidates ready to undo what he has done? Yes. no or maybe so? Need some advice from you. Enjoy your day.

I feel better with damages already done than someone new running a 711 store today or a 19 year old community college running for a big job.

Now I see Bernie Sanders is getting out of his rocking chair up to something...

I'm not in CA so have no insight into the candidates... but I do have a question. Are there really 1,000s of candidates? Yikes!

44-- I believe on the ballot.  Many of them do not even have a photo uploaded.  It is a wastful joke.

We live in crazy times. and this should be a wake up call to  Newsom.  Happy Saturday. A

We had Grey, Brown, that woman near you thinks we want a PINK party.

Sam, it sure seems everyone thinks they can run a city, or a country, and it just isn't so!

Hi Sam- I don't know about the candidates that are running but from what I've read, who you have now should not still be there.

It is just an opportunity for someone to promote her/himself.     I used an autofill service provider for running RE comps.  The owner was nominated to be a Nobel Price candidate by a US senator.

Looks like it's time for the voters in California to have a cup of coffee and roll the dice! I got 3 text msgs sent at random vote NO if you do not recall what you ma called it.