There are plenty of great reasons to visit the Olympic Peninsula, home to great towns like Sequim, Port Angeles, and Port Townsend, not to mention the sensationally beautiful Olympic National Park.  But the Olympic Peninsula is also home to some delicious adventures for foodies. One of our favorite destinations is Finnriver Farm & Cidery, located just outside of Port Townsend in the small town of Chimacum.

Finnriver Farm & Cidery is a great place to enjoy a delicious taste of the Olympic Peninsula while also enjoying a relaxing afternoon spent with friends. A visit here can even be combined with some wine tasting at local wineries, and there is some great food being made right at the cidery.  Overall, it’s a fantastic destination worth visiting on the Olympic Peninsula – it might even be reason enough to move here!

If you have any questions about visiting or moving to the Olympic Peninsula – we’d love to help.  Feel free to reach out to our real estate experts at Schwab Realty today!

Bottoms Up at Finnriver Farm & Cidery

Finnriver Farms & Cidery is an organic family farm in the small town of Chimacum, just a short drive outside of both Sequim and Port Townsend. Finn River is most famous for its artisan cidery, where they have perfected the craft of fermenting farm-crafted hard cider and fruit wines. They’ve been in business for 15 years now and have steadily grown their influence in the community, now serving as not only a vital producer but a gathering place as well.

On the Finnriver Farm is their family-friendly community gathering place, the Cider Garden. It’s open daily year-round and offers so much more than a refreshing glass of cider.  In addition to their ciders on draft, Finnriver Farm & Cidery also offers guided cider tastings, seasonal orchard tours, live music, local food, and seasonal events and celebrations.

While you’re visiting Finnriver Farm & Cidery and trying their delicious range of products, don’t miss your chance to nosh on some local food as well. Finnriver hosts different food vendors throughout the week, all of which showcase local and seasonal ingredients. Favorites include Dented Buoy Wood-Fired Pizza and Fiddlehead Creamery, a non-dairy alternative to everyone’s favorite frozen treat.

Wine Tastings on the Olympic Peninsula

Since you’re in the area to visit Finnriver Farm & Cidery, you might as well round out your trip with a bit of wine tasting.  Luckily, some pretty great wineries are dotted across the Olympic Peninsula, each of which showcases their own distinct character in their product.

We’re just getting started on all of the great things to do on the Olympic Peninsula.  Want more information?  Continue reading our blogs or get in touch with one of our Sequim Real Estate Agents today! 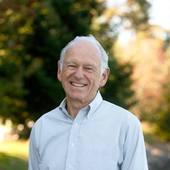