Air Force One at the Ronald Reagan Presidential Library

The Air Force One Pavilion, located inside of the Ronald Reagan Presidential Library in Simi Valley, is truly a monument to history. The Pavilion, which houses the formerly operational Air Force One aircraft, was used by every president from 1973-2001 – this list includes presidents Nixon, Ford, Reagan, Bush Sr., Clinton, and George W. Bush.

To say that the Boeing 707 that acted as Air Force One transported some of the most powerful men that have ever existed is not an understatement.

According to the Ronald Reagan Presidential Foundation and Institute:

Air Force One, currently on display at the Air Force One Pavilion at the Ronald Reagan Presidential Library and Museum. Image courtesy of the Reagan Foundation website.

“Ronald Reagan accomplished many great things while in office - and he did so far outside the Oval Office. President Reagan’s vision of face–to–face diplomacy was paramount in his achievements in promoting peace and democracy around the globe.

When you visit the Reagan Library, you will step aboard this same Air Force One that flew President Reagan over 660,000 miles – to 26 foreign countries and 46 U.S. states – and you will learn how he changed the face of global diplomacy.

For Ronald Reagan, this was the plane in which he hand-wrote many of his speeches, signed important legislation, and even officially started the Daytona Beach, Florida NASCAR race via phone.

But the Air Force One Pavilion is about more than just his plane. View one of his presidential limousines and secret service Suburbans as part of an exhibit on presidential motorcades. Experience the actual Irish pub from Ballyporeen, Ireland he visited on a diplomatic trip in 1984 which now sits within the Pavilion and serves as the Library’s snack shop. Explore a 120’ mural that represents all 22 aircraft that have ever flown a U.S. president. Walk around an actual Marine One helicopter that flew President Johnson.”

Although the Boeing 707 that every president between the 70s and early 00s is now housed in Simi Valley, a question worth asking is – what’s the history of Air Force One?

A search on Amazon shows that 8,000 results come back when “Air Force One” is inquired; so needless to say, there’s been a lot written about Air Force One. To briefly go over the history of the plane used by American Presidents one needs to start with Theodore Roosevelt. Theodore Roosevelt was the first president to ever fly in an airplane when in 1910, he was a passenger in a Wright Flyer (this took place near St. Louis).

The concept of Air Force One existing in the way that most think of it today began with FDR and became solidified during Truman’s tenure.

“Franklin D. Roosevelt was the first president to fly in an aircraft while in office. The first aircraft obtained specifically for presidential travel was a Douglas Dolphin amphibian delivered in 1933 which was designated RD-2 by the US Navy and based at the naval base at Anacostia D.C. The Dolphin was modified with luxury upholstery for four passengers and a small separate sleeping compartment. The aircraft remained in service as a presidential transport from 1933 until 1939. There are no reports, however, on whether the president actually flew in the aircraft. During World War II, Roosevelt traveled on the Dixie Clipper, a Pan Am-crewed Boeing 314 flying boat to the 1943 Casablanca Conference in Morocco, a flight that covered 5,500 miles (8,890 km) in three legs. The threat from the German submarines throughout the Battle of the Atlantic made air travel the preferred method of VIP transatlantic transportation.

The National Security Act of 1947, the legislation that created the U.S. Air Force, was signed by President Harry S. Truman while on board the VC-54C. He replaced the VC-54C in 1947 with a modified C-118 Liftmaster, calling it the Independence after his Missouri hometown. It was given a distinctive exterior, as its nose was painted like the head of a bald eagle. The plane, which included a stateroom (where aft fuselage had been originally) and a main cabin that could seat 24 passengers or could be made up into 12 sleeper berths, is now housed at the National Museum of the United States Air Force in Dayton, Ohio.” The history of the American Presidents is one full of high-stake situations, decisions that have changed the course of human history, and the triumph of democratic ideals that have changed the mentality of peoples all around the world. Air Force One has acted as the most renowned and well-known vehicle that the Presidents have used, and Simi Valley is home to arguably the most iconic Boeing 707 that has ever ferried the Presidents. 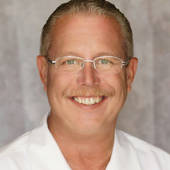