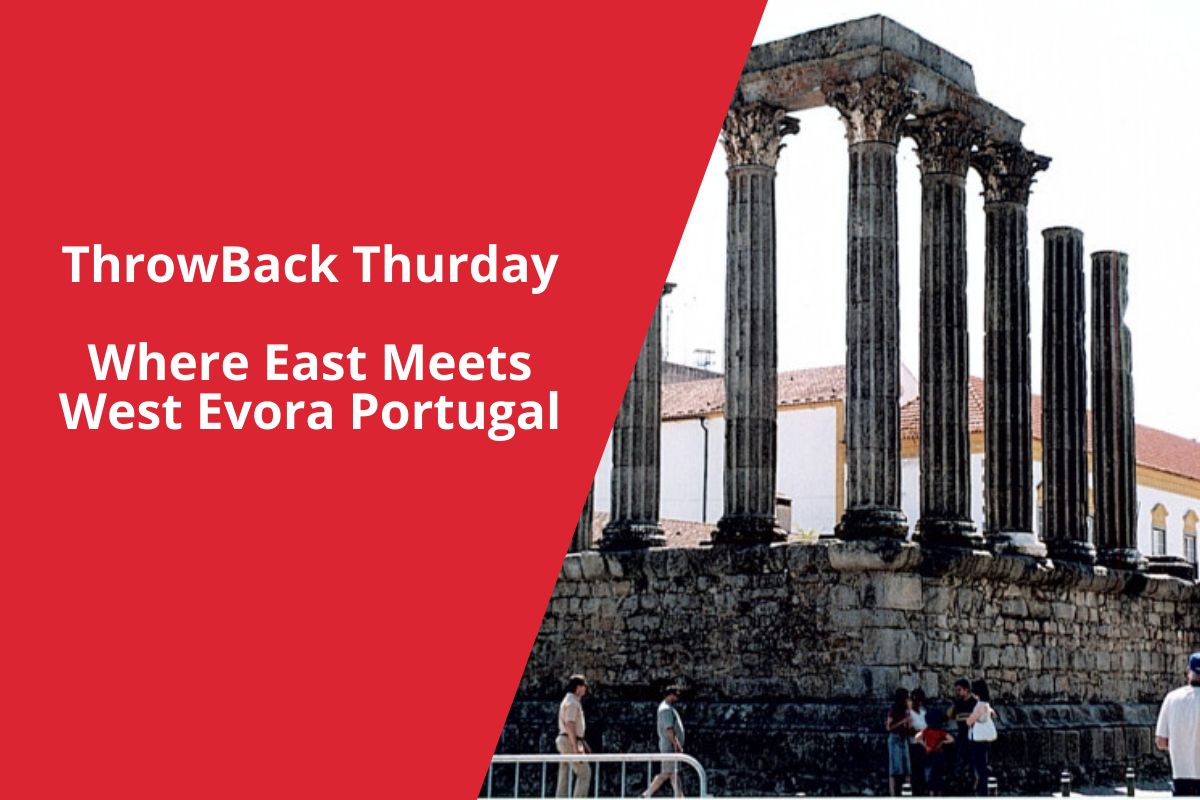 I was looking through some files recently and came across a box of photos.  It's the sort of thing people used to do before every thing became instant with our  phones.  There were even negatives in the envelopes, but that's for another topic.

My first look had me thinking they were from a trip to Greece we had taken in the late 1980's but the as I progressed through the photos it was more familiar to a trip to Portugal we took in 1996. In looking at the photo you may appreciate my confusion, it looks like a miniature version of the Greek Acropolis, but in fact is a temple to the gods erected by the Romans when they occupied the Western European colonies around 40 BC.

They were not the first to occupy the area as the history of occupations goes back almost 5,000 years to the early Celts.

The country, like so many others in the early BC eras, was claimed by feudal lords but as the area was so rich and great for farming, it was often spared the harsh ravages of occupation and allowed to prosper.

Around the early 900 AD time it was occupied by the Moors, Muslim tribes from the far eastern end  of the Mediterranean  sea.  They transformed the town into a fortress and held it for almost 500 years.  Off the town center was a large mosque, a portion of the spire can be seen above the walls to the left side of the photo below. And when the country was again returned to the Kings that established the republic, a cathedral was built at the other end of the square. West meets East, meets West again. Evora is in the Alentejo a region in the south central part of the country not very far from the Portuguese Riveria, or Algarve.

It is very important for wineries all over the world as the trees found in abundance in the area produce the product known as cork.

Within the central square town of Evora are the ruins of the occupations by the Celts, Romans, Moors, and the present forefathers of the country.

My niece who is in London was talking about going to Portugal...too cold in London.  I have not been there in a long time.  And we would love to revisit. A

An interesting history lesson.  Must have been a great trip.  I have gotten lost in a box of photos for hours myself.  Always a surprise to realize how much time passed while going thru the old pics.  Enjoy the weekend ahead.  Mark

Ron and Alexandra Seigel   A  When we went we took my parents so they could revisit their roots.  They can't travel like that any more but I will get back there in the not too distant future

Mark Don McInnes, Sandpoint   Hours is right and especially nice for the memories they rekindle

Hi Ed Silva - I enjoyed the post and appreciated the meaning of the title after reading it. I learned some history as well!  Thank you.  Happy Thursday.

I have at least two friends who are world travelers who count Portugal as among their favorite destinations.

CONGRATULATIONS Ed, on having this blog FEATURED in the PHOTOS group!

Hi Ed- What a rich history you shared with us. I too have found myself lost in a box of old photos. I'm glad you took your parents back while they were able to travel.

Hi Ed... been to Greece numerous times, so those pictures are quite familiar to me. I've also been to Portugal, but not to Evora... it sounds like a wonderful place to visit.

Hello Ed - like others have commented, I have gotten lost while going through photographs in a box.  Lost in memories and then lost in the sense:  what was I looking for???  🙃

Thank you for taking us back and along for the journey.

It is always fun to look back through old pictures and enjoy the memories that were made.  I really like the look of that cathedral.

Ed, my vacation plans last year WAS to visit Portugal, and still will get there one day!  Gorgeous photos.

Ed Silva You are a student of history! I cannot believe you remember all those facts. Beautiful snaps, too.

Wouldn't I love to travel to Portugal, but think this will probably be at least a couple of years in the future - Covid has put a damper on most European travel.

Ed I did not know Portugal produced as much cork products as they do until I visited the Azores three years ago.  In fact I purchase a cork wallet that I still have today.  I did not think it would hold up this well.