Video conferencing in and of itself is certainly nothing new. It's been around in some form or another for decades — businesses used it for remote meetings in the 1990s, and personal users have been "Skyping" with friends and family members since high-speed Internet connections found their way into just about every home. But at the same time, certain organizations have become virtually synonymous with the trend in much the same way that "Google it" became shorthand for "search for something online" all those years ago.

Zoom Video Communications is one such company.

Originally launched in 2013 by a former Cisco engineer and executive named Eric Yuan, Zoom has enjoyed an almost unprecedented level of growth over the last two years, thanks in large part to the still-ongoing COVID-19 pandemic. In March 2020 as the Coronavirus began to make its way around the world, people were sent to work from home indefinitely during lockdowns. Of course, they still needed a way to communicate and collaborate with one another. They had to suddenly figure out how to be just as productive at home as they could be in the office.

For many, Zoom became that solution.

Charting the Rise of Zoom

From just about every angle, it's clear that COVID-19 has contributed enormously to Zoom's current success.

In January of 2020, for example, it was estimated that the service saw approximately 56,000 daily downloads. By February, that number had already climbed to 1.7 million. Just a month later, when the worldwide lockdowns and other social distancing restrictions began, it had risen again to 2.13 million — a trend that shows no signs of slowing down anytime soon.

Likewise, the platform has also seen a dramatic surge in the number of people participating in meetings every day. After all, Zoom is a free download from both the service's website and in various app stores — downloads don't amount to much if people aren't actively using the software.

Thankfully for Zoom, they are. In December of 2019, there were approximately 10 million daily meeting participants as per the same research outlined above. In March of 2020, that number had climbed to 200 million. A month later and it had hit more than 300 million — pointing to a trend that was somehow still only getting stronger.

The idea for Zoom was born from Eric Yuan, an immigrant from China who first arrived in the United States in the 1990s. Even back then, he was passionate about finding a way to make video calls not only easy but portable — and this was before the advent of the smartphone.

His career began at WebEx, where he worked as an engineer. After WebEx was acquired by Cisco a decade later, he became that company's Corporate Vice President of Engineering. He enjoyed a tremendous amount of success during that time... but he still had visions of something far bigger.

While he was at Cisco, he listened carefully to customers who would express various complaints about how WebEx operated. They were constantly dealing with unreliable connections, with a disconnect between the audio and video and more. They even found the installation process frustrating — particularly in IT departments that were working with a large number of users.

Yuan was more than happy to oblige.

In 2011, he left Cisco and began to work on the solution that would become Zoom. It would officially launch in January of 2013, and by all accounts, it was a major hit right out of the gate. Not only did it hit one million active participants just a few months later in May, but Yuan was also able to secure funding of $10 million to continue his work.

But even without the pandemic, Zoom still found a way to differentiate itself from so many other competitors in the marketplace. For starters, Yuan prioritized very low data usage — meaning that calls would still function on slower Internet connections and on mobile devices. Not only that, but Zoom was based in the cloud — virtually eliminating the irritating installation procedure that so many WebEx customers had complained about in the past. This also made it available on any device or platform, no exceptions.

But even the "Pro" package cost just $9.99 per month at that time — far cheaper than just about anything out there. Even still, Zoom was offered to K-12 schools free of charge in many of the countries it had entered.

All of this combined to form a perfect storm in the best possible way. Zoom had slowly begun to increase its market share, and then the COVID-19 pandemic acted as an accelerant that solidified what many in the industry already knew. Video conferencing was here to stay, and Zoom was now permanently tied to it.

Sharing business success stories will help inspire you to stay focused and determined. If you need any assistance with your start-up or are scaling your business, feel free to give us a call.

My practice is in Severn, MD.

I specialize in the following services for both businesses and individuals:

QuickBooks Set up and Support Services

We have special expertise in serving the following industries:

Or Schedule a free consultation directly on my calendar at https://waterfronttax.setmore.com/ 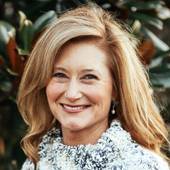