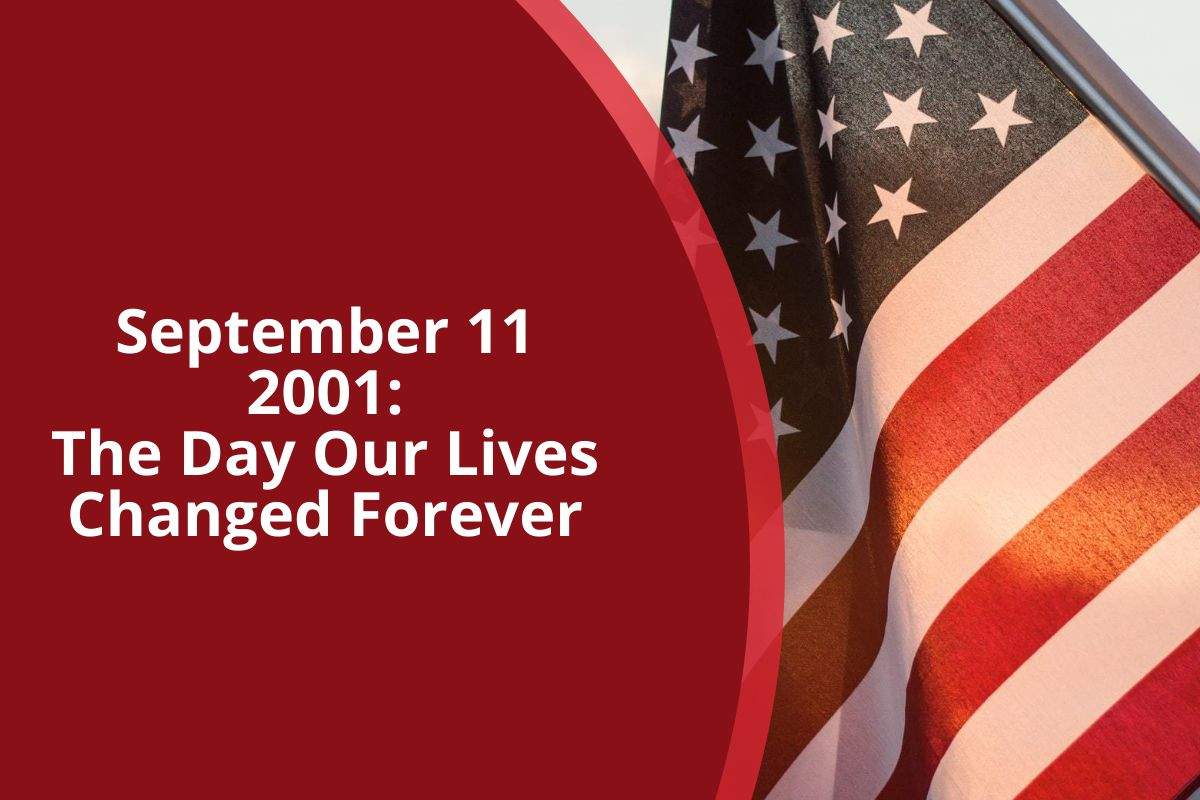 20 Years Later, A New Order To Our Lives

As people were preparing to go about another routine day, events were unfolding that would shock our country and the world.  At airports in the East coast, people boarded planes and prepared for flights.

As best as can be acknowledged, groups of flight trained terrorists, commandeered 4 domestic flights and  set to their agenda.

The first plane struck the North Tower of the World Trade center in New York City shorty after 8:30 Am.  Within minutes, the South Tower was also hit.

In Washington DC, a 3rd plane struck the Pentagon building, and alert passengers, listening to news in a fourth plane intended to hit the White House, retook the plane, which crashed into a field in Pennsylvania.

With so little information available, government authorities put the Nation on Lockdown and all mass transportation came to a halt. People became locked to their news broadcasts trying to glean as much information as would be allowed to be released.

For some of us, it was only a beginning of a trip to return home.  My job at the time required me to travel a lot and that week, I was working with field representatives in Memphis.  As we walked into the lobby for our scheduled appointment that morning, we saw people running into a conference room to pick up the news on a TV.  It was at that precise moment that the second tower got hit.

The engineers that were supposed to meet with us cancelled the meeting and we left the building, but needed to regroup as we could not leave the area.  I had flown into Memphis, but for sure could not fly out.

Over the next 5 days, I was driven in a relay manner, from Memphis to Charlotte, NC by business contacts I knew through the area.  In Charlotte I rented a car , reserved by a niece that lived in the area and started the drive back to Newark Airport in New Jersey where I was to exchange cars and finish the drive to the airport in Connecticut where my car was parked.

As I was driving up the New Jersey Turnpike around mid day on Saturday of that infamous week, the smoke could still be seen rising from Ground Zero where the twin towers had graced the skyline of Manhattan just days before.

I got home late Saturday night and was thankful that I was unharmed and safe.

It would be weeks before I attempted to fly again and even then it was with great security and caution.  Body frisking and wands were the way at the time, and for me it was a sign to find something less challenging and where I could go home every evening.  The attacks put me into real estate 2 years later.

Brian England   I do believe that a lot of what is portrayed in movies gets to be emulated by small minds.

Kat Palmiotti   Were you lived further up the Hudson Valley had to have been acted as well.  A lot of people commuted into the city and worked near the towers

faye schubert   For a long time after that day so many were ever vigilant in boarding areas for the same reasons.  Boarding planes here in Lower New England was sensitive as it's only 90 miles to Manhattan

Ron and Alexandra Seigel   A Here in CT, especially in lower Fairfield county it was grave as so many people commuted into the city and friends and family were affected strongly

Will Hamm  With so many famous landmarks in NYC the threat is always there and being attentive to the news all are ever sensitive.

Grant Schneider   The world was shocked for sure and if our country could have been attacked, people in Europe would have been far more vulnerable

Kathy Streib   My job at the time had me doing a lot of traveling and I was very wary and took to doing a lot more driving until I felt more comfortable.

Patricia Feager, MBA, CRS, GRI,MRP   This is a memory I would have gladly not had, especially the trip i had to take to get back home from Tennessee

Jeff Dowler, CRS   To this day I am still apprehensive about going into the city as  it is just too large a target

Wendy Rulnick   I recall the lines outside of the rental counters in Memphis and so many being turned away as there were just no cars to be had.  I felt like a pony express rider changing cars/horses while trying to get to my destination.

Fred Griffin Florida Real Estate   I can relate to that as the City has too many visible targets: the tunnels, trains,  bridges.  I was very nervous taking the trains int Grand Central Station to attend Rain Camp in the City

Roy Kelley   Thanks for stopping

Such a sad day in our history. Thank you for this beautiful post. I am sad that AR did not feature any 911 posts? Strange.

Dr. Paula McDonald   Maybe Kathy Streib   was trying to send them a message

Yes, it was a very shocking and frightening day. My husband was working in Northern Virginia and heard the plane hit the Pentagon. I can't imagine being in any of the buildings nor on board Flight 93. I'm planning a trip to PA to tour the memorial. Those people are the complete definition of heros.