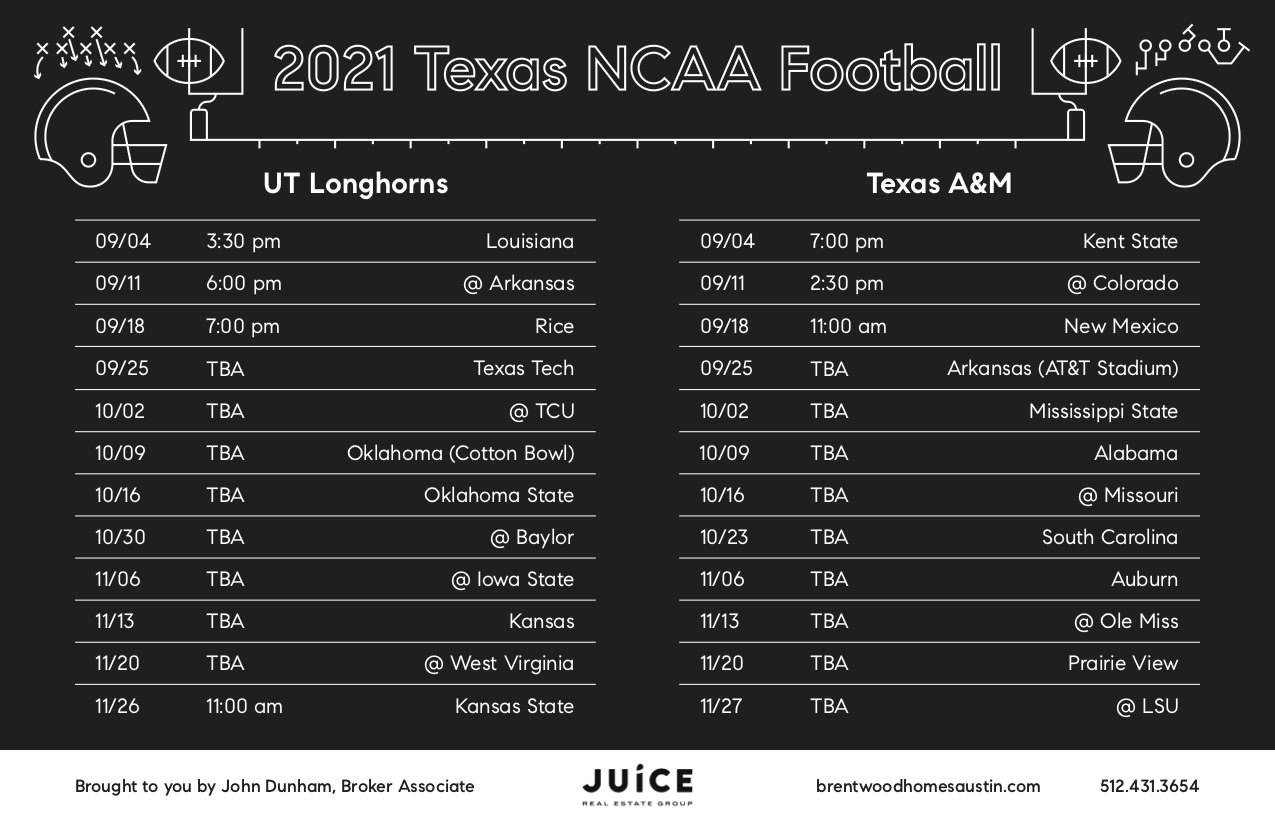 It's turning out to be an exciting season already in College Football.
The Longhorns are headed to the SEC, and are breaking in a new head coach.
The Aggies narrowly escaped their 2nd game of the season but are solidly in the Top 10 rankings.
Growing up in Austin, my family has always cheered on the Longhorns. My sister and brother in-law both graduated from there, and I spent many many hours doing laps at the Lee and Joe Jamail Swim Center. However, swimming took me to Clemson University in SC and my wife graduated from A&M. She has additional family support now that my nephew just finished his college days at A&M.
I'm excited to see the Clemson flag flying at our kids school every Thursday during the football season (several alumni got together during a PTA fundraiser and won the silent auction), but it doesn't seem to sit well with the local Longhorn and Aggie faithful! John Dunham this is good information for local fans, and I hope Hudson and Beckett get to see some of the games.

Made it to one this past weekend!

This is a good schedule to share. Enjoy the season.

I hope you are having an outstanding month.