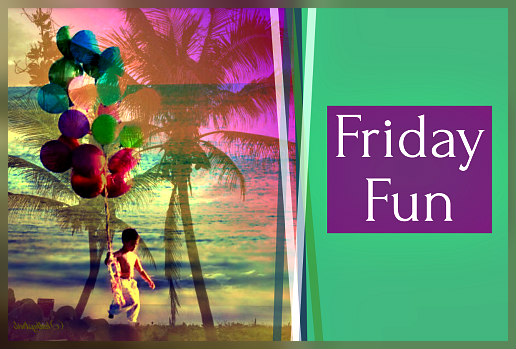 While TS Nicholas was for the most part a non-event for those of us in Houston, it did leave many homes without power. My niece and her husband were just one of many families that lost theirs this Tuesday.

So over they came, with laptops and our dear Raffe (4) and all of his cars and trucks. Both parents had to continue to try to work and that meant attending a few Zoom-type meetings.

I had to pop out of our Tuesday ZOOM meeting because both parents had meetings at the same time.

I had a ball...we walked to the mailbox at least twice, explored the fire hydrant and the drains along the street...he heard the water rushing down and had to know more about it.

The manhole cover kept him occupied for several minutes.

We built ramps for his Hot Wheels from our books and played with apps on my phone.

Raffe discovered Larry’s follically challenged head. I think Larry usually has a baseball cap on but at any rate he couldn’t stop rubbing it.

And like most children, he had to try walking in Larry’s shoes.

At the end of the day, Raffe fell asleep on the car ride home. His mother said he was so tired she couldn’t even get him up for dinner. Kids have so much energy because they siphon it out of their parents like midget gasoline thieves.  (unknown)

Hi Kathy Streib - I had a big smile on my face while reading this.  I have a 5-year-old grandson that Rick and I watch on Fridays and Saturdays. Their energy is unbelievable.  But they make you feel like a kid again!

Hi Kathy Streib, I'm exhausted from reading all about your adventures, can only imagine how you felt at the end of the day but the experience is priceless. Have a great Friday!

From the photos and videos and descriptions you offered it's hard to imagine who had more fun, Raffe or you.  How hard was it for you to fall asleep that night as well?

Oh how fun is this post!  You had me laughing right to the end quote!  And it's so true, kids are balls of fire and their born to wear us grandparents out!  As for Larry's challenging follicles.....last time we were in NC on the beach with all the kids our 5 year old grandaughter looks up to Gary.......and says " Grandpa why do you have so much hair in your nose!  We all cracked up!!  I don't recall his answer :)

Kathy it does not take much for kids to be entertained.  No need to spend lots of money on expensive toys, when a pair of shoes and follically challenged head is all you need.

Wayne Martin I know what you mean!!!  They have boundless energy and it's a lot harder when you're not used to being around them 24/7.  I think that's why they invented adult beverages.

Grant Schneider they keep us on our toes!!!  Raffe wanted me to run up and down the street with him. I slept really well that night.

Joan Cox like so many little boys, Raffe is fascinated with construction vehicles and fire trucks.


Kat Palmiotti usually his cousins are here to play with him.  That really is a help!

Nina Hollander, Broker I used to roll down little hills with my grandsons but I have a feeling I'd break something if I tried it now.

Ron and Alexandra Seigel isn't that a cute quote!!  I think I slept through the night after he was here!  I don't often do that.

Bill Salvatore - YVP Blog  oh yes. The parents are always ready to wear them out so they'll sleep well.

Roy Kelley Thank you. Hope that you and Chef Dolores have something fun planned this weekend.

Dorie Dillard Austin TX   You know that with your fun time with HH and BB!!!!  It's a good kind of tiredness.

Michael Jacobs His parents are really good about having all kinds of activities for him on the weekend. He's starting soccer soon.

Will Hamm both parents took time watching him while they worked until they both had visual calls and I stepped in.

Jeffrey DiMuria 321.223.6253 Waves Realty isn't that ridiculous!  Don't we have more serious things to worry about!!!

Sheri Sperry - MCNE® I bet you are both creating wonderful memories for Tristan. Are you pooped when he leaves??

Beth Atalay since I was never blessed with my own children so having my nieces and nephews and my friends' children in my life had been a blessing.

Ed Silva barely made it past my nightly prayers!!!! Then it was snoozeville.

Anna Banana Kruchten CRS, CRB, Phoenix Broker that's a hoot!!!!  You can see the shunt tube on Larry's head just under his scalp and I was waiting for him to ask about that.  I love being around all of the kids.   Glad I made you laugh...it's a good thing.

George Souto isn't that the truth!!!  A large cardboard box or books to make a ramp!  It all works.

Good evening Kathy! I think I want to come play next time as well

I like the energy If I can go with the flow and enjoy it. Love and light

I remember those events when our kids grand and great ones discovered many wonderful things, that we take for granted.

Sounds like a fun time...more for you and Raffe than his parents! It's amazing how much energy kids have. And that ending quote is perfect!

All. Of. This.  So familiar with all of it. LOL

Ahh the excitement.  Memories of the adventures that lurk just outside the door are often forgotten until we see the sheer joy in a child enjoying them.  Thank you for Sharing Kathy.  Mark