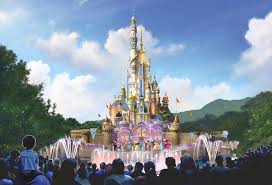 When not selling houses in San Jose, Cupertino and Santa Clara, Calif., I love learning new facts. Here are six interesting events with an anniversary on September 12th.

1959 – The Premiere of Bonanza, the first regularly scheduled TV program presented in color. The Western drama is a big hit.

2-Mamoru Mohri, the first Japanese citizen to fly in a US spaceship, and

Thank you for reading 6 Odd But True Facts From September 18.

Hi Michelle,  Thank you for sharing these odd but true facts.  I always enjoy  learning more about the day in history.

You've given me at least one maybe two future posts, thank you ma'am.

Bonanza was main stay for Dad.  Could set your watch by Dad sitting in the living room waiting for Bonanza on Sundays.  Mark

Thank you all for reading and commenting on this post.