It's difficult to define in absolute terms where Braelinn begins and where it ends.  The area is located roughly south of Lake Peachtree across and through the Braelinn Golf Course https://club.clubcorp.com/Clubs/The-Clubs-of-Peachtree-City-and-Newnan South to Publix near the intersection of Redwine Rd. and Joel Cowan Parkway.  It's a beautiful development in this city of just under 40,000 people about half an hour away from Atlanta's Massive International Airport.  Homes have access to more than 100 miles of golf paths (apart from the actual golf course) for alternative transportation anywhere in town pretty much and even extending South to Senoia.  Homes may also be right on the green with expansive open views, or right on the lake in one of a handful of lakes in the area The neighborhood is heavily treed, set along side winding roads and gently rolling hills.  The Braelinn area is made up of numerous smaller neighborhoods that are clustered in and around the area.   The entire Peachtree City medium home price, including waterfront and everything is currently $437,500.00, with 5 day on market.  It's an extreme seller's market, but there have been indicators suggesting a very slight cooling trend that could be somewhat seasonal in nature, but with ultra low interest rates and heavy demand, Buyers need to have an aggressive strategy in place to win in the competitive offer process. If you were to live in the Braelinn area you would be right by the Peachtree City William L. Davis BMX track.  BMX was a sport created by kids for kids back in the 70's and in 1979 a group of volunteers built this park where currently the track hosts more than 30 local races each year and a variety of related events.  For more info: http://www.ptcbmx.com/

There's also playgrounds, a skate park, even a beautiful well utilized community garden area for residents.  Shops, stores and restaurants are around as well and you can get there by car or take one of these golf paths and you'll get there! Good morning Scott. You paint a very pretty picture of the Braelinn neighborhood and the pricing makes it more enticing. Enjoy your day. 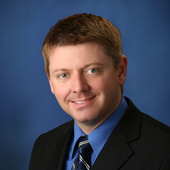