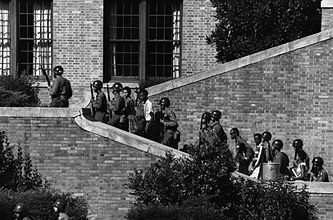 Who else enjoys learning new facts? Here are 6 events from Sept. 24th.

The cartoon, “Rocky and Bullwinkle”, about a smart squirrel named Rocky and his pal, an obtuse moose named Bullwinkle, first aired in 1961.

Three other firsts from September 24 include

. The first transatlantic telephone cable was completed in 1956.

The book Warriors Don't Cry was partly based on diaries Melba Beals kept during this time. She also wrote White is a State of Mind, which begins where Warriors left off.

The first nuclear aircraft carrier, the USS Enterprise, launched in 1960. (This vessel is not to be confused with the Star Trek space ship of the same name).

Thanks for reading "6 Odd But True Facts From September 24".

I did not realize that 60 Minutes has been running for so many years.  That is a pretty amazing run.

Always interesting.  Yes I remember those old TV shows, and Mod Squad was pretty ground breaking at the time.

Thank you all for reading and commenting on this post.