I've been asked by so many people what's happening in the market.  I know that the last 2 years have been very strange, Katrina/Rita did a number on all.  I have a several buyers that have called, they've run into problems with their lenders, given the option to take advantage of a moratorium they did so and now are having big problems.  Now the lenders have sold the loan and the new lenders wants to foreclose.  The new lenders have put negatives on credit reports, not adhered to the terms of the moratorium and sent files to foreclosure attorneys.  The new lender tells them that they are abiding by the original loan terms but do not have to agree to the moratorium terms that the original lender agreed too, they do not by law have to keep those same terms.

Several have spoken to bankruptcy attorneys, not because they want to file bankruptcy, but because the ONLY way that they can keep their homes is to do so.  The new lender has backed them into corners, one buyer was waiting it out until their pre-payment penalty month arrived on his loan, he has tons of equity in his home.  He planned to pay the entire arrears with a re-finance, well he can't due to the credit issue that was caused by the new lender not agreeing to those terms the first lender, no negatives were ever to be reported on their credit files but the new lenders have posted 120-150 days late payments.  The lender is stating to them that it's been 2 years since the hurricanes, there is no excuse.  They fail to acknowledge that they set these folks up on re-payment plans over 18 months, adding anywhere from $300 - $600 on top of their original monthly payment.  If they fell behind again they'd start over with a new re-payment plan.  Orginal lender agreed to charge no penalties or extra interest, the new lender is not adhering to that agreement either.  One buyer had the orginial lender sell their mortgage only to have the new lender automatically file foreclosure papers, so at the same time that she received the paperwork stating that her loan had been sold, she received the notice from the sheriff's office saying her home was in foreclosure.  After foreclosure papers are filed she is now being asked to pay an thousands of additional dollars for attorneys fees, filing fees, etc. on top of the already thousands owed on arrears.

Anyway, I hate to see what's happening to these nice, hardworking people, some were out of work for months after the hurricane, others had damage to their homes.......being impacted still today. 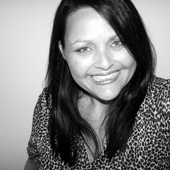