More than half of the participants in a Statista Global Consumer Survey identify Facebook as a platform where advertisements are prominent and noticeable. When taking its subsidiary Instagram into consideration, the gap of obvious versus subtle ad delivery between Facebook products and competitor sites like TikTok and Twitter seems even larger.

U.S. respondents in particular thought of Facebook and Instagram as the platforms with the most noticeable ads, with a share of 64 and 41 percent, respectively, saying so. Interestingly, only eight percent of German participants named Twitter as a platform with obvious advertising content compared to 18 percent in the United States and 15 percent in the UK. One of the reasons for this could simply be the raw number of Twitter users in Germany, which stands at only seven million as opposed 73 million in the U.S. and roughly 18 million in the United Kingdom. Since smaller markets possibly don't warrant as much ad spend, targeted advertising on Twitter might just not be as prevalent in Germany.

Which ads and what type of content Facebook and Instagram show to their users and especially young girls has become a point of heated discussions over the last couple of days. In her testimony before the Senate Commerce subcommittee, former Facebook project manager turned whistleblower Frances Haugen offered that the ad approval and distribution system was potentially heavily flawed as "Facebook’s A.I. system only catches a very tiny minority of offending content". Even though she admitted not working on the system in question, she claimed that it would be "very, very, very difficult to understand these algorithms today. The algorithms unintentionally learn." 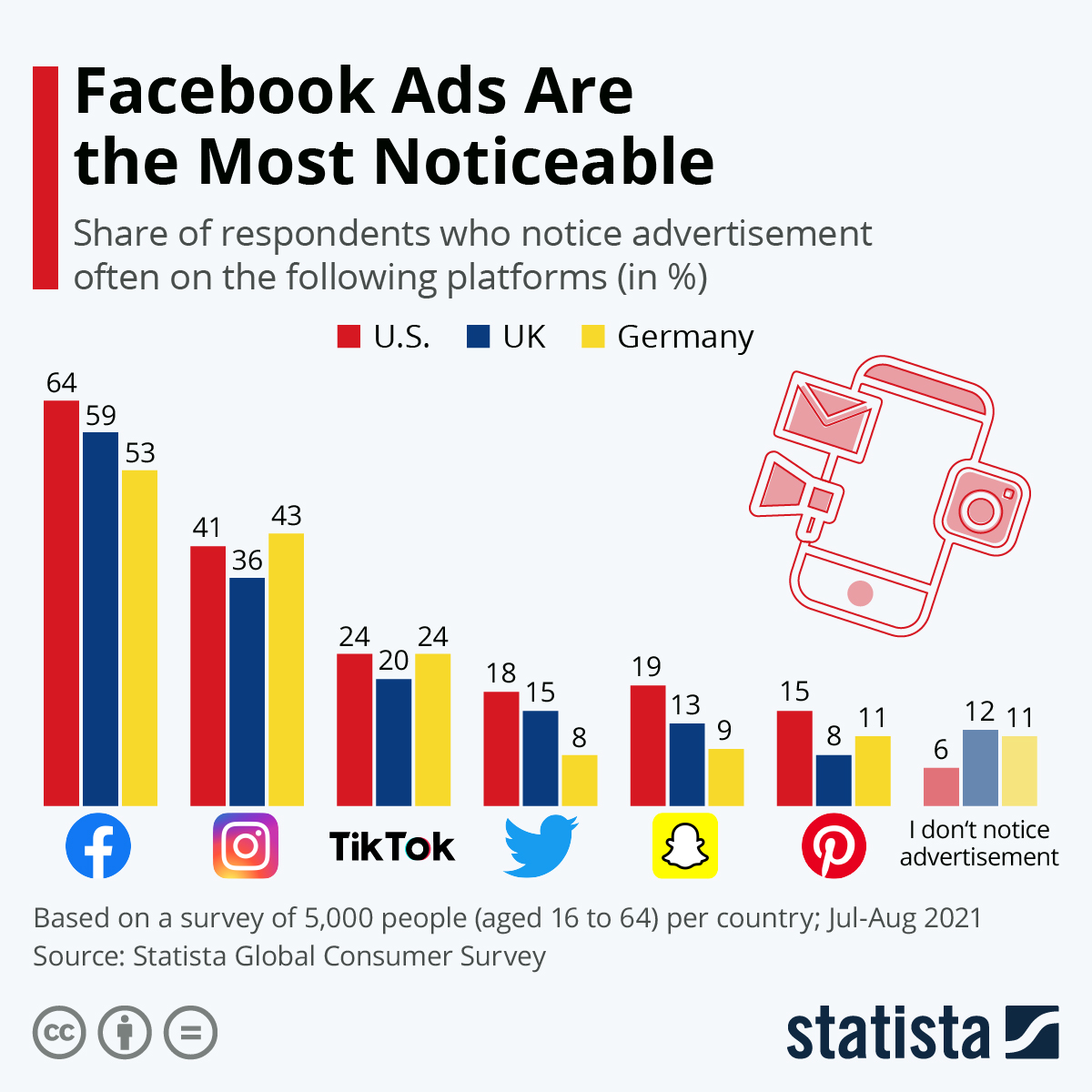 Great information.   Thanks for sharing and enjoy your weekend!