When I first saw Smokey Bear at the Washington National Zoo back in 1960, he was already ten years old and well-known to kids everywhere as the symbol of the U.S. Forest Service’s Fire Prevention campaign.

The Forest Service had begun it’s campaign in 1944 but the bear was simply one drawn by an artist specifically for the campaign.

But in 1950, a real baby bear, rescued from destruction in a New Mexico forest fire, became the office “Smokey Bear.”  This little bear, frightened, badly burned and clinging to the top of a tree became one of the most recognizable symbols in the United States.  Since his paws and legs were burned, he was first called “Hotfoot” by the firefighters.  As the story spread in the national news, little “Hotfoot” became the official “Smokey Bear”.  After his death in 1976, he was returned to his New Mexico home and buried without fanfare.

But Smokey’s story and symbol for forest fire prevention lives on.  Communities throughout Smokey Bear country are celebrating his 65th birthday this year.

What does this have to do with your business?  It demonstrates the power of capturing your audience’s emotions and imagination.  Find a symbol or something unique that has emotional appeal and you have a powerful marketing message.

This article was originally written for my website ShopCreativeGifts.

Hello Joyce - I don't recall knowing this story even though Smokey Bear has long been a part of my memory.  Thank you for sharing it.

Hi Joyce- I never knew the back story for Smokey the Bear. Thank you for letting us know. 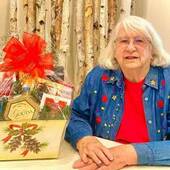