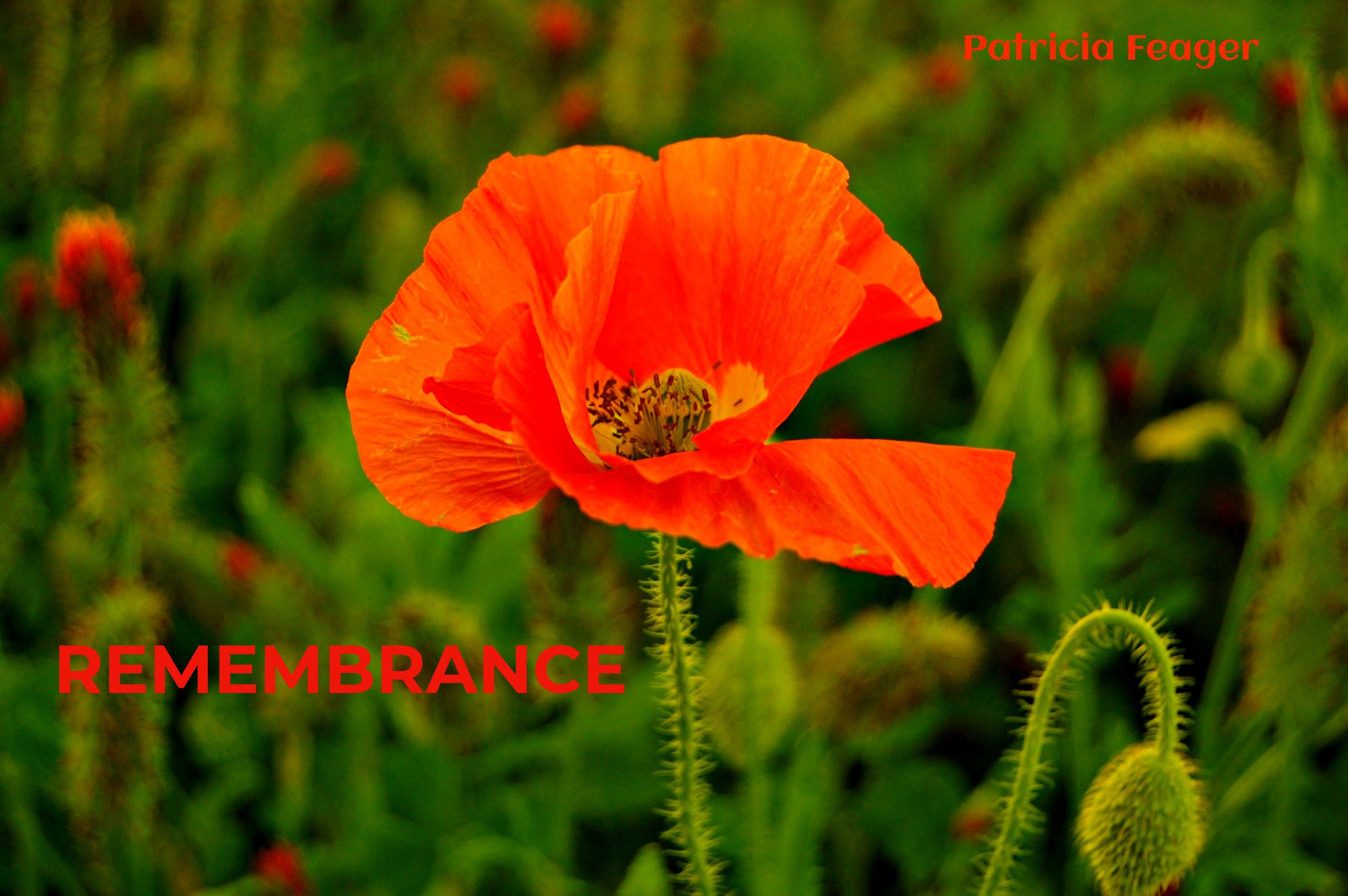 FREEDOM HAS A PRICE

...A POPPY, IN TRIBUTE TO ALL BRAVE VETERANS

WHO RISKED THEIR LIVES

IN PAST AND PRESENT,

Growing up as a kid, it wasn't unusual for my grandfather to wear his WW1 uniform and my father to wear his Navy Hat from WWII and sit me down at the table to tell me how important Veterans Day was on November 11th. As my father talked, I did not look him in the eye but I stared at his tattoos he wore proudly on each arm with those big Navy Ships tattooed with the words US Navy and the Olive Leaves that always served as a reminder that freedom is not free. He explained to me those weren't ordinary leaves but Olive Leaves that came from the Olive Tree representing Peace and Friendship. We would count down until the annual Veteran's Day parade would come to town and every time someone offered my dad a Poppy, he accepted it and gave a donation.  (RIP Dad & Grandpa.)

Some may think it is too soon for me to write a blog post about Veteran's Day; however, it would be remiss of me not to pass along this information about upcoming Veteran Day Parades in North Dallas Texas. Several observances are planned to Salute Veterans with Parades and Flags.

Mounted Soldiers of the 1st Cavalry Division Horse Detachment from Fort Hood will ride in the Tarrant County Veterans Day Parade. The Bells of Peace will toll, the Calvary will charge, followed by a 21-Gun Salute and Military Fly Over will signal the start of the 102nd Veteran's Day Parade on November 11th in Fort Worth. Parade route starts at Panther Island Pavilion and travels south on Forest Blvd. along Clear Fork of the Trinity Trails to Rotary Plaza and returns to Panther Island Pavilion.

As the Calvary passes by, expect stopping at various intervals to display skills that horse-mounted cavalry have used for 200 years. Tarrant County Veterans invite people to picnic along the river as the parade rolls by. For more information go to fw2021vetsdayparade.org.

I'm proud to say my Grandfather was a Mounted Soldier of the 1st Cavalry Division. He joined the Army in 1917 and was honorably discharged.

The City of The Colony has planned for a two-day family festival with live music, carnival rides, food booths, and beer gardens. Country Music Singer/Songwriter, Lauren Alaina, a previous American Idol contestant will appear and entertain the crowds with Harper Grace and Dusty Black, Rockers Plain White T's, Deep Blue Something and the Nixons begin their concerts on November 6th at 2:00 p.m.  For more information go to thecolonytx.gov.

Celebrations begin on Saturday, November 6th in the Historic Downtown on Main Street from 10 a.m. to 1 p.m. It all begins with honoring Purple Heart recipients this year. Post Parade activities include music by Guitars for Heroes - all veterans band, an assortment of military vehicles, food booths, and photo selfies are welcome behind an amazing backdrop.

The celebrations begin November 6 from 4 in the afternoon to 9 p.m. for a patriotic program. Special gifts will be presented to US Military (past or present) who show proof of serving. The festival  includes a caricature artist, food and beverage booths, and photo booths. Country bands Straight Tequila Night and Toby Keith pay tribute. For more information: farmersbranchtx.gov.

PATRIOTIC POPS WITH THE DALLAS SYMPHONY

The U.S. Naval Academy Men's and Women's Glee Clubs and the Pipes and drum band join the Dallas Symphony for their Patriotic Pops concert with familiar songs, marches, and anthems.

It is never too early to salute our service men and we can never do it too often.  Thank you for your thoughtful post.  And thank you to you father and grand father.

I agree with Raymond Henson, eXp Realty comment, and we are going to be out of town and honoring the Navy Seals at the annual fund raising event we attend annually. Two of our dearest friends will be joining us also.  A

Ron and Alexandra Seigel - Honoring the Navy Seals with good friends at the annual fund raising event sounds very special. Thank you for doing this and honoring Navy Seals in a very authentic way to give back in the most humble way.

We still have 3 veterans in our family and the day will be best remembered for those that have gone on.

Patricia, your father was a wise man.  Veterans Day is a special Holiday honoring special people.

Ed Silva - My dad and Grandfather served in WW1 & WW11. My spouse in Vietnam (with 365 days in Korea, before Nam), and several nephews in the Middle East wars. All are heroes, including members of your family. They are all heroes and we owe them a debt of gratitude.

Every now and then I read about actors who were Soldiers before becoming famous on the big screen, and it always amazes me, like Clark Gable, Kirk Douglas, Paul Newman, Jimmy Stewart, Mel Brooks, Bob Hope, Morgan Freeman, Steve McQueen, Henry Fonda, Clint Eastwood, Johnny Carson, Charles Bronson, George Carlin, Jimmy Hendrix, etc. Recently, I watched an old interview with Audrey Hepburn. She talked about herself and family and what it was like to live in a war torn country. I think one thing that's common between them all was their humble presence on screen that seemed authentic, and not phony to me.

Hello Patricia - your post serves as a reminder that there is no time limit on remembering those who have paid the ultimate sacrifice as  they served our country.  On November 11 or whenever.

There will be a lot going on in your area for Veterans day.  I was just talking with someone yesterday that lives in the Dallas area and I thought of you.

This is a fantastic post, not only to remember veterans, but to highlight Veterans Day events in your area. Perfect!

Good morning, Patricia... your poppy pictures brings back memories of celebrating Veteran's Day in my childhood. Poppies were a big part of it. Marching in the Veteran's Day Parade with my Girl Scout troop was, too.

This is good information to share with area residents.

Roy Kelley - Your support here on AR is very much appreciated. Thank you!

Nina Hollander, Broker - I still saw the poppy being passed out when I lived in Chicago and Northern, IL. Since moving TX in 1997, I never saw it in this state. I miss it!!! It was such a great tradition.

Oh yes! I forgot about marching in the parade and decorating floats when I marched in parades with my Girl Scout Brownie Troop! Those were really great times! Thanks for reminding me of those great traditions and passing on the baton to future scouts.

Kat Palmiotti - Receiving feedback from you is always the highlight of my day when writing blog posts. Thank  you!!!

Brian England - I'm glad you remember that I still live in the Dallas area. Anytime you want to talk, I'll be there!

Michael Jacobs - There is a place in my heart for all Veterans. Places in my heart were reserved at an early age and the spaces keep filling up.