78% of the markets in the USA hit with double digit home price increases!

The median price of an existing single family home rose in 99% of the 183 markets tracked by the National Association of Realtors.

BUT, the strong  surge in prices have slowed a bit from early 2021 according to NAR's quarterly home price report.  The median price was up 16% to $363,700 in the 3rd quarter compared to a year ago which was a slower clip than the 22.9% jump in the second quarter.

Strong demand, historically low inventory, and an expectation of rising interest rates is believed to be the driving forces behind the increases.

There were three metro areas that saw an increase of 30% or more from one year ago:

The housing market that includes San Jose, Santa Clara, and Sunnyvale, California is the most expensive place to buy in the USA with a median home price of $1,650,000.

It was followed by Oakland, Hayward, and San Francisco which has a median price of $1,350,000.

Some of the most affordable markets last quarter were in the Midwest, including Decatur, Illinois, Peoria and Springfield, Illinois, Rock Island, Illinois as well as Waterloo, Cedar Falls, Davenport, Iowa and Youngstown, Ohio.

Needless to say, the 3rd quarter and for the most of 2021 as a whole saw a decline for many buyers as home affordability declined.

Thank you for taking the time to share this information!  This is exactly the type of information that buyers and sellers need to make informed decisions! Well done!

Wonderful post on a great subject.  Good luck and keep on selling! 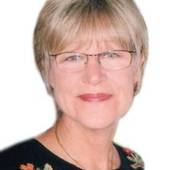