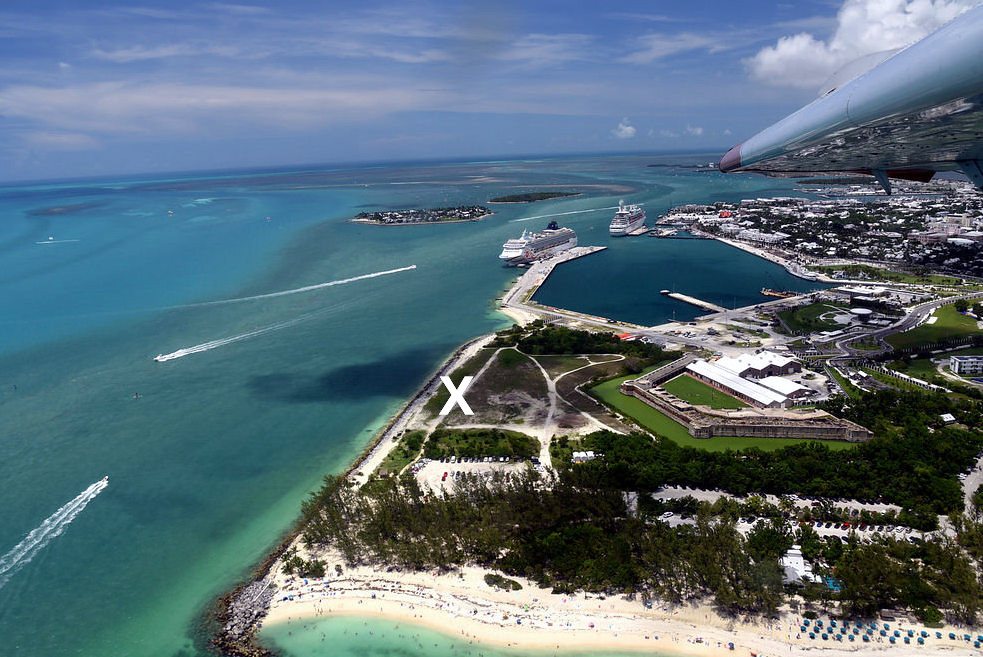 This is a true story. A few years ago a husband & wife team in Ky West at a real estate office where I worked several years ago. They went to the Ft. Zach Taylor to have a picnic lunch at the beach. That's Ft Zach Beach in the photo above. I put an "X" to mark the spot where today's story occurred. They saw a woman running around in her bathing suit frantically waiving at a cruise ship as it was sailing away from the Mallory Square Pier. The woman and her husband were passengers on the ship. They rented a scooter to see the island. They went to the beach and let time slip away. All of their clothes were on the boat and it was headed toward Mexico. They asked the Realtor couple what they should do. My friend suggested that they stay in Key West a few days and then rent a car and meet the boat when it returned to Ft. Lauderdale. He said they had missed the boat, and the cost of flying to Mexico would defeat the purpose of a cheap cruise. This also a true story. It occurred several years ago during Key West annual fast boat races. Last week was the annual boat race week and I was reminded of this tale. We have two annual boat races - one for fast boats and the other for sail boats. Many of the people who come here to view or participate in the races are very well to do. A buyer who attended the 2014 November races contacted me to look at big houses. I showed him a gracefully restored Grand Conch house on Margaret Street. It had a large guest cottage in the rear, a sunny pool with an outdoor bar, and off street parking. And drop dead street appeal. It also was one of the most expensive homes for sale at that time. He fell in love with it. It had been on the market for almost a year. I remember him saying he wanted to buy it but also wanted to have his girl friend or wife see it first. He planned to come back to Key West the next month or so.  I told just because something has been on the market "forever" doesn't mean it will be available when you return.

Stuff does happen and it happened to him. He did return. He looked me up and wanted to see the house again with his mate. I told him it was sold. He was painfully sorry. I remember him moaning that he should have bought it. He missed the boat. End of story. 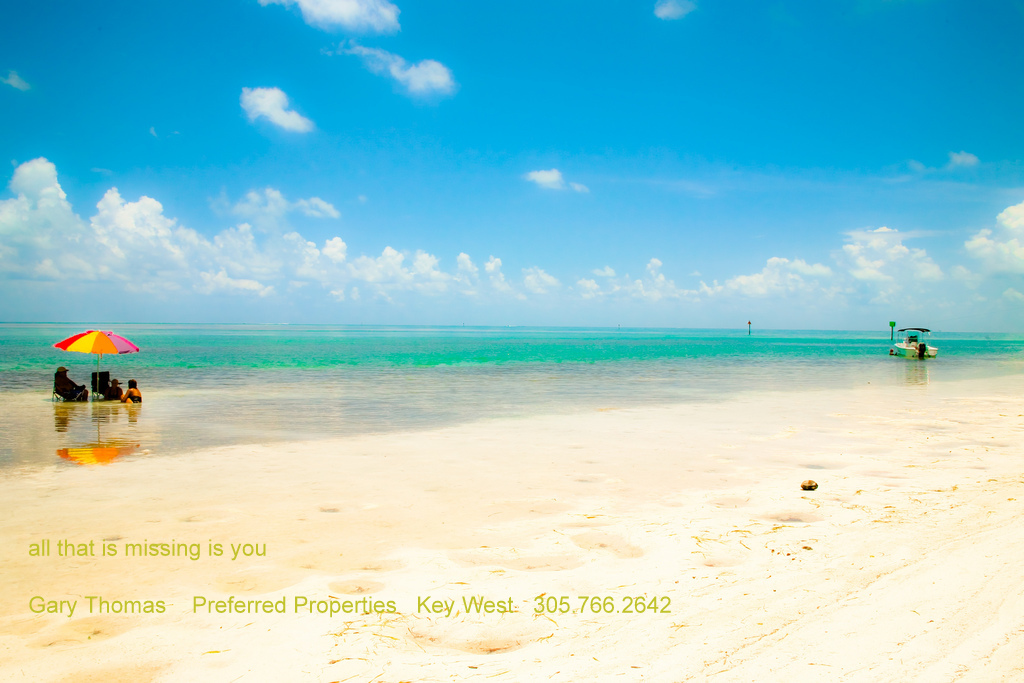 Good morning Gary. You can watch the races and experience the beach but still miss the boat! Enjoy your day.

Hello Gary - "missing the boat" is a reality of real estate and with a backdrop of Key West, your point is made a bit clearer for those who understand the concept.

Two stories about missing the boat, although they were certainly different types of vessels. Also a story about paying attention to time while on a cruise!

I so agree with this post.  But, at some point we do have to say YOU MISSED IT.

Thanks for the great post.  Make it the best Taco Tuesday you can.  Sell a house today.  bill