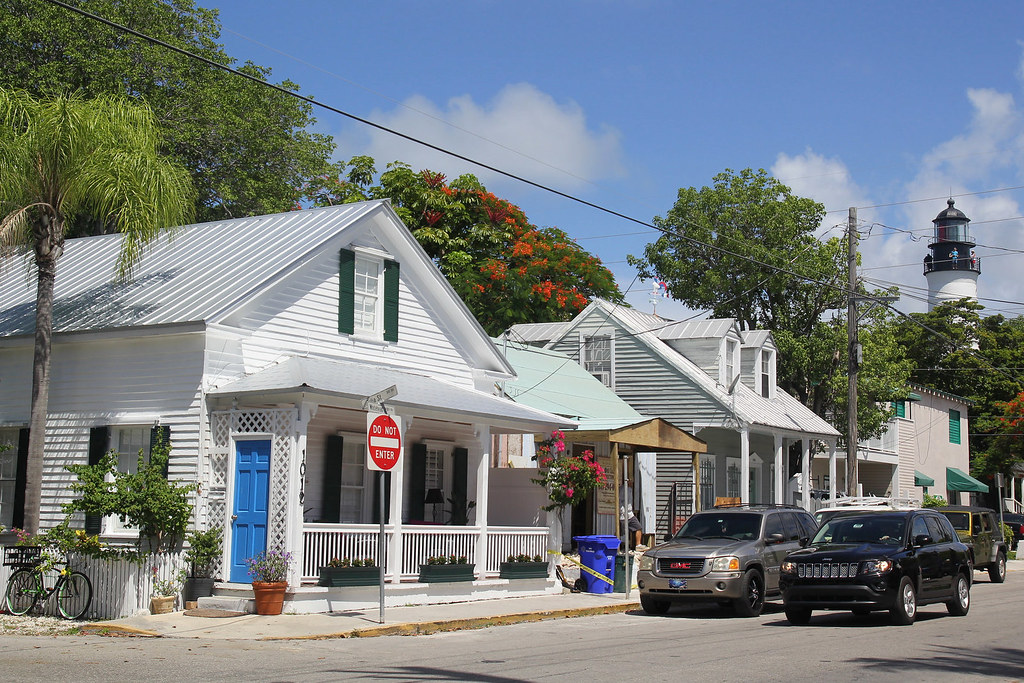 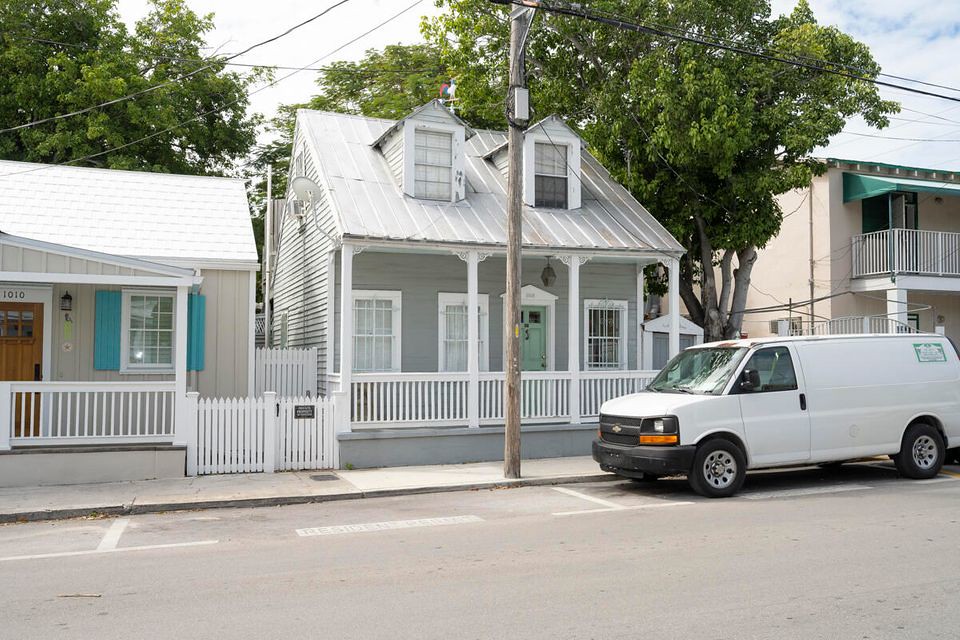 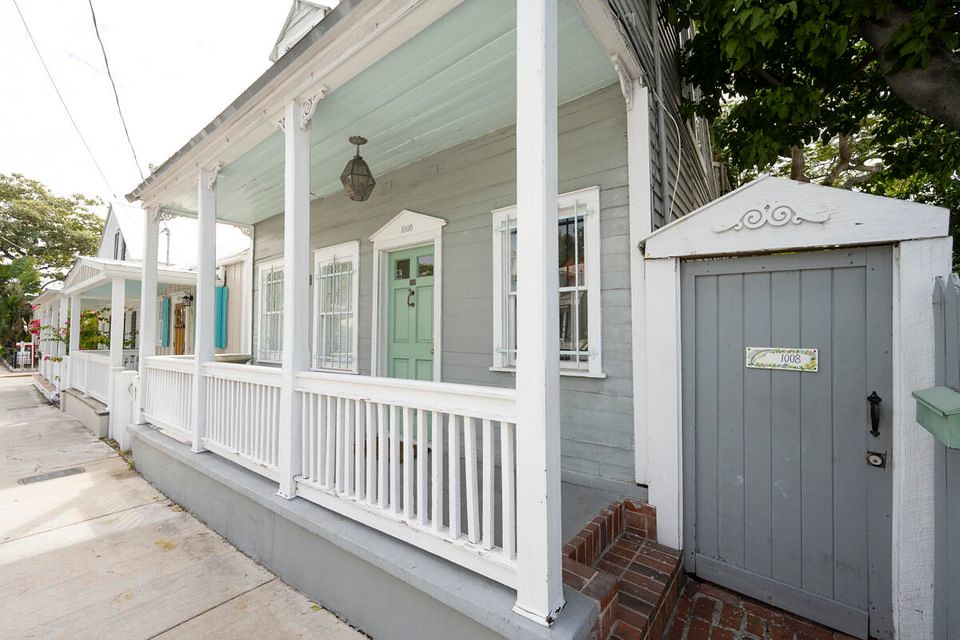 The listing Realtor describes this deceivingly versatile historic home like this:

"An exceptional opportunity exists to secure this versatile property located a short stroll from all that the world-famous Duval Street has to offer. This charming island-style house pays homage to its history without forgoing the comforts of modern living. The design incorporates a good flow, lots of natural light, timeless finishes, and two comfortable and welcoming bedrooms on the main level. The second story houses another living space with classic features, including decorative ceilings, polished wood floors, a studio kitchen, a private entrance, and an outdoor patio tucked away in the trees. Opportunity awaits for owner-occupiers and investors alike."

1008 Whitehead Street is located a few paces south of Truman Avenue. The Key West Lighthouse is located on the same side of Whitehead Street but north of Truman. This home first appeared on the 1889 Sanborn Fire Map. The 1892 Map omitted a small section of homes in this area. I think it must have been there earlier than 1889 but that is a guess based on what I could find. 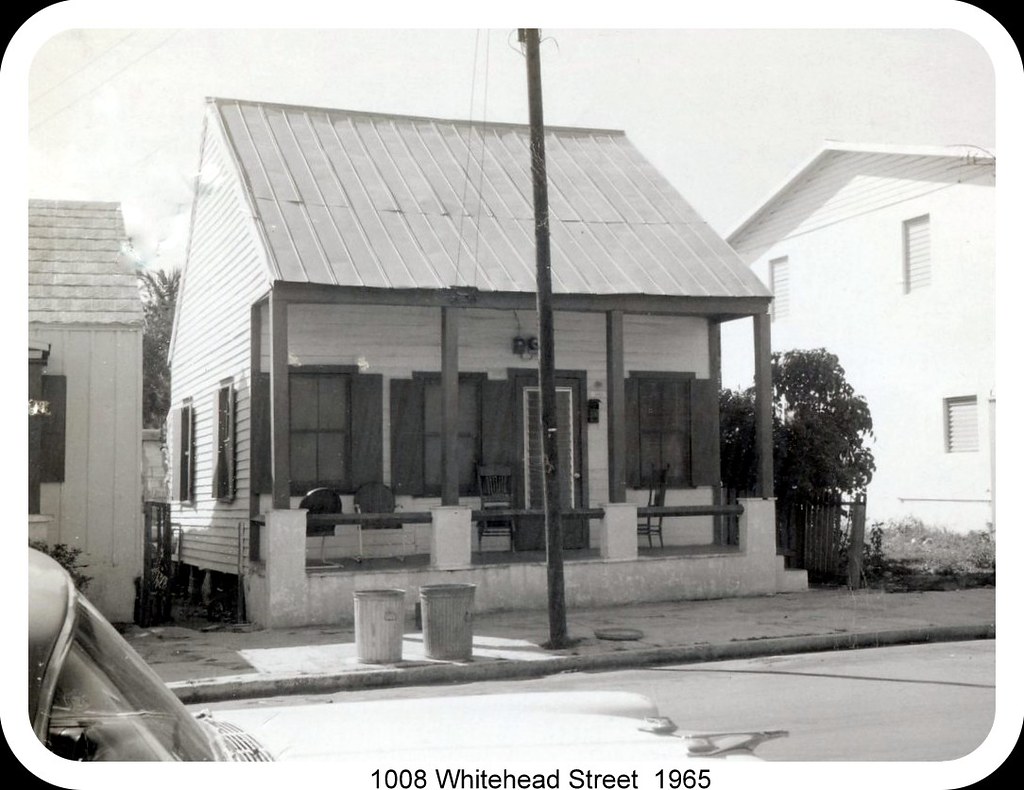 I found a photo of the property taken in 1965 in my old shoebox. The house next door south used to belong to Larry Formica, the founder of LaTeDa. The building to the north is a funeral home today.
Don't let that spook you. They''re quite. The neighbor to the rear is a huge piece of vacant land. It has value but a lot of restrictions. It may get developed or it may sit vacant for another decade and only grow more valuable. 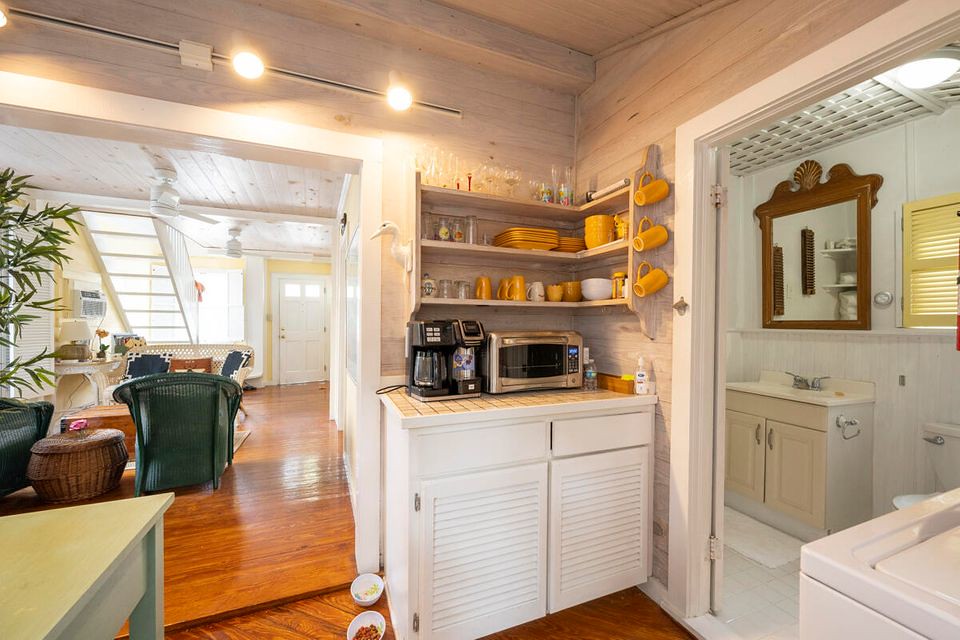 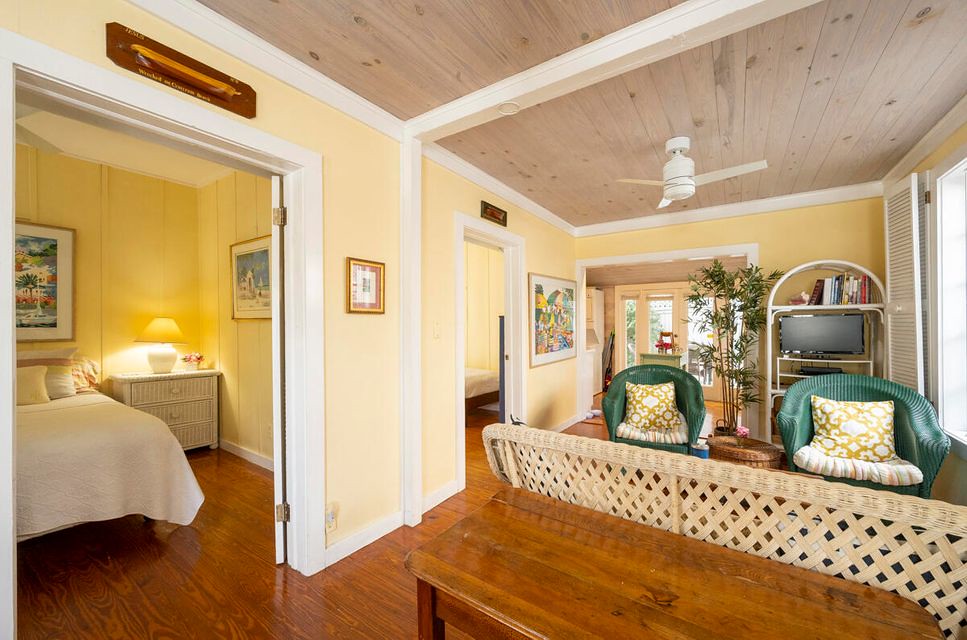 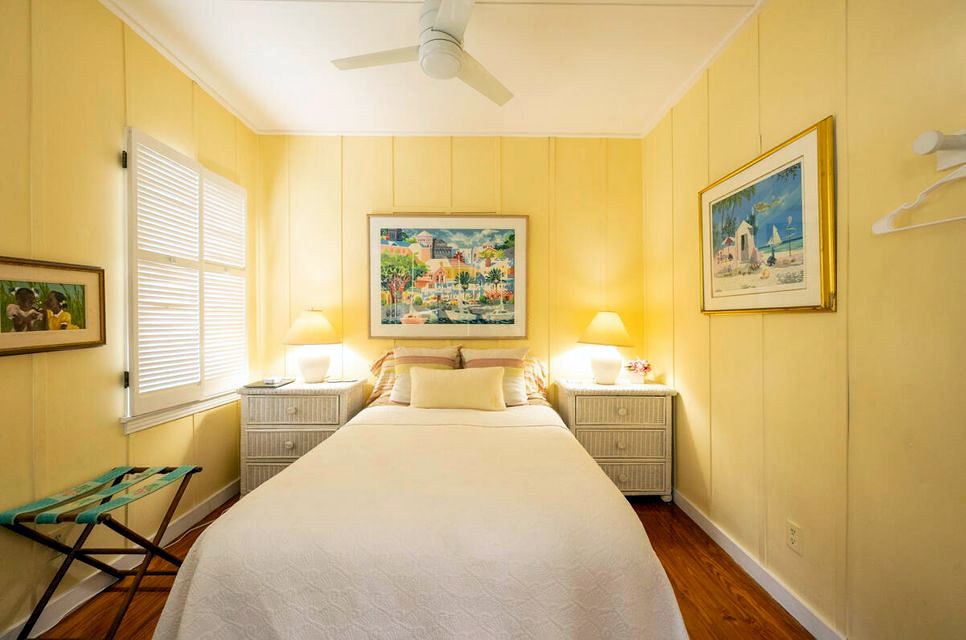 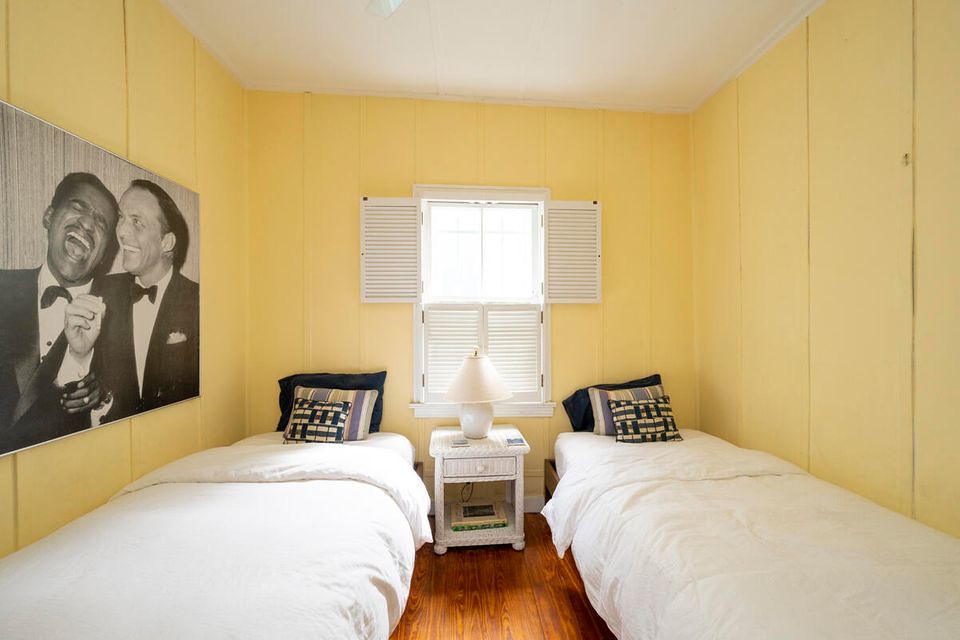 The house packs a lot of usable rooms in a somewhat small space. The first floor has two bedrooms on the left followed by the bathroom at the rear which is located opposite the kitchen. You enter into the living room which proceeds to the kitchen. Glass panel doors at the rear allow daytime light to infuse the space with light and open out to the rear deck. 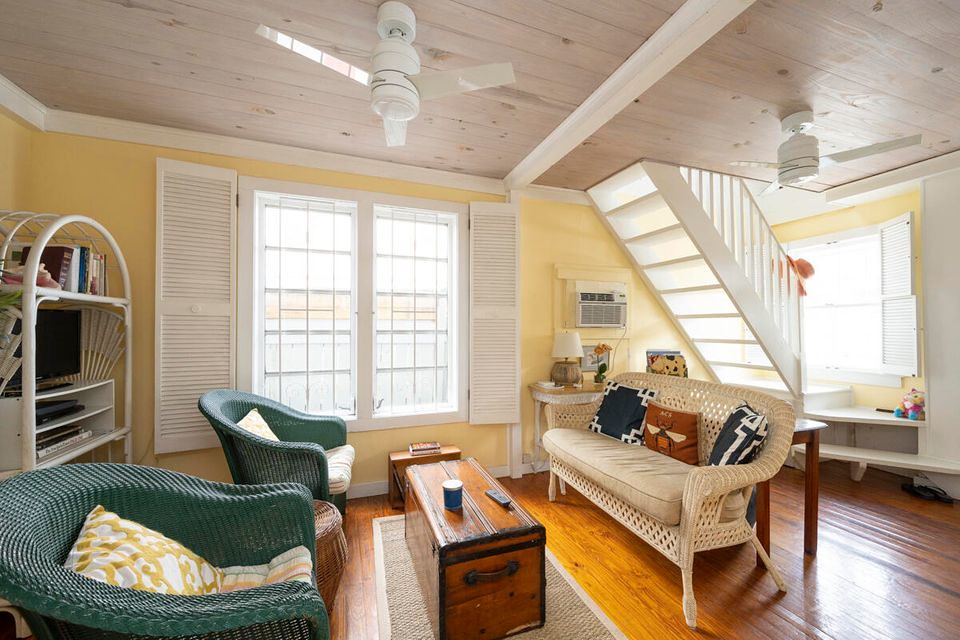 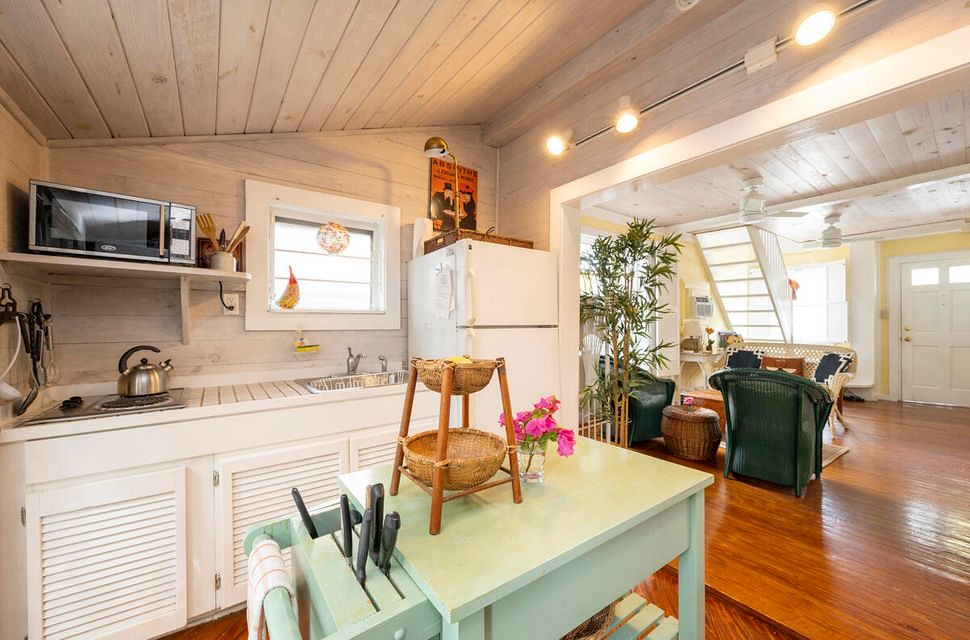 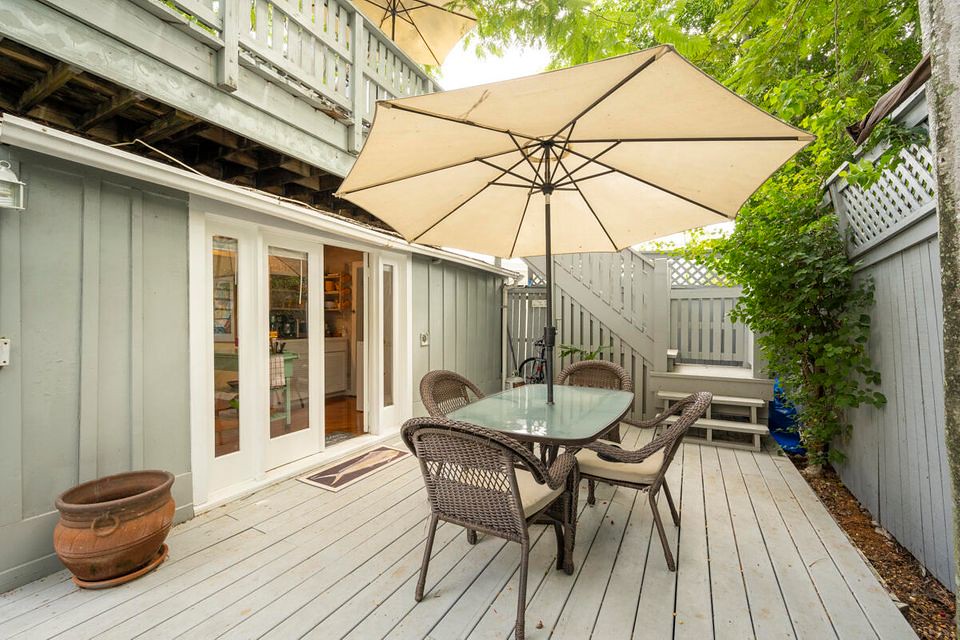 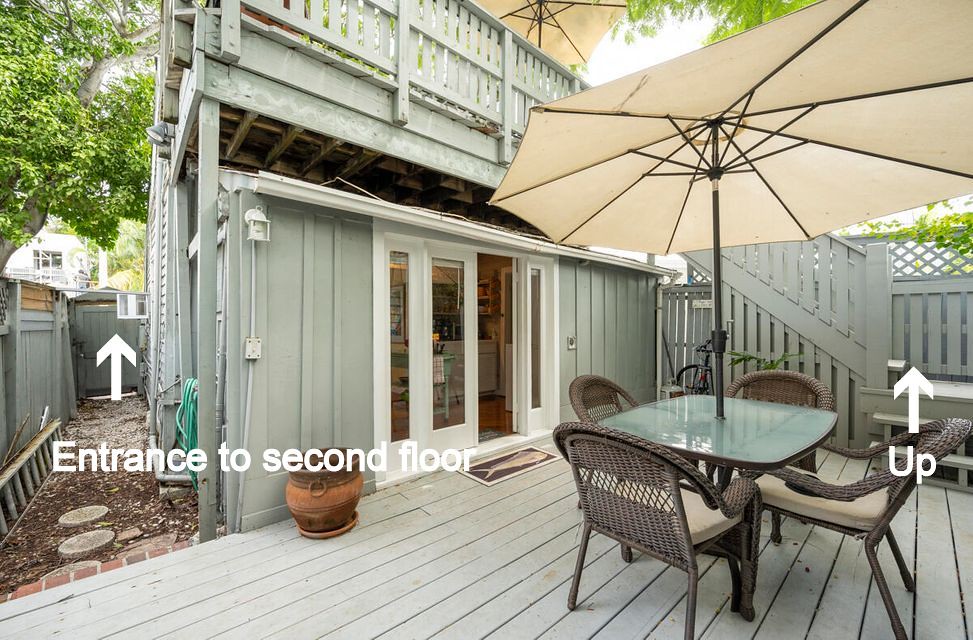 There is more living space accessed by the front gate which leads to the private second floor landing. The read dormer leads to the interior living area which includes bedroom, kitchenette, and bathroom. 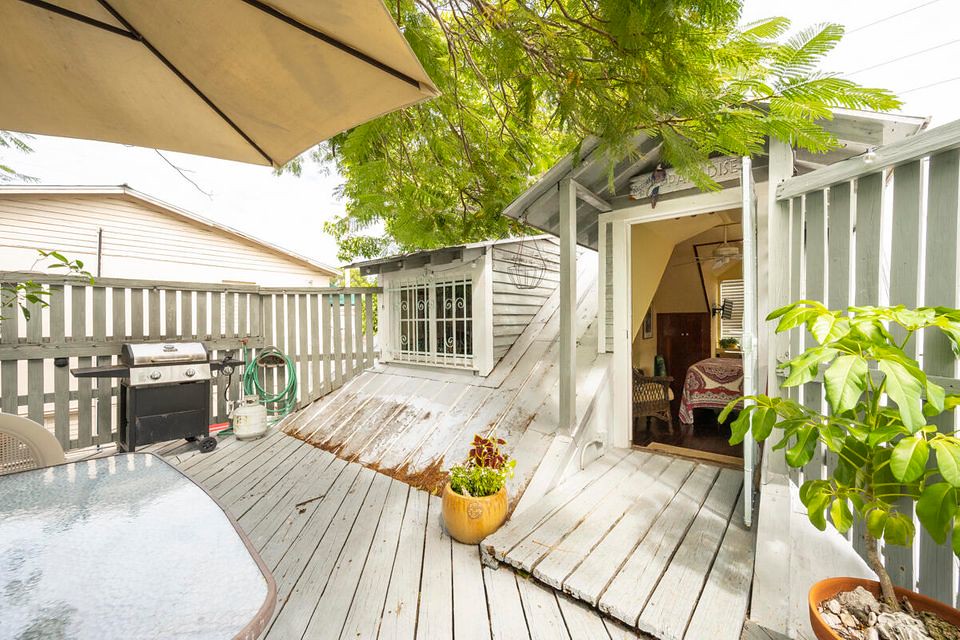 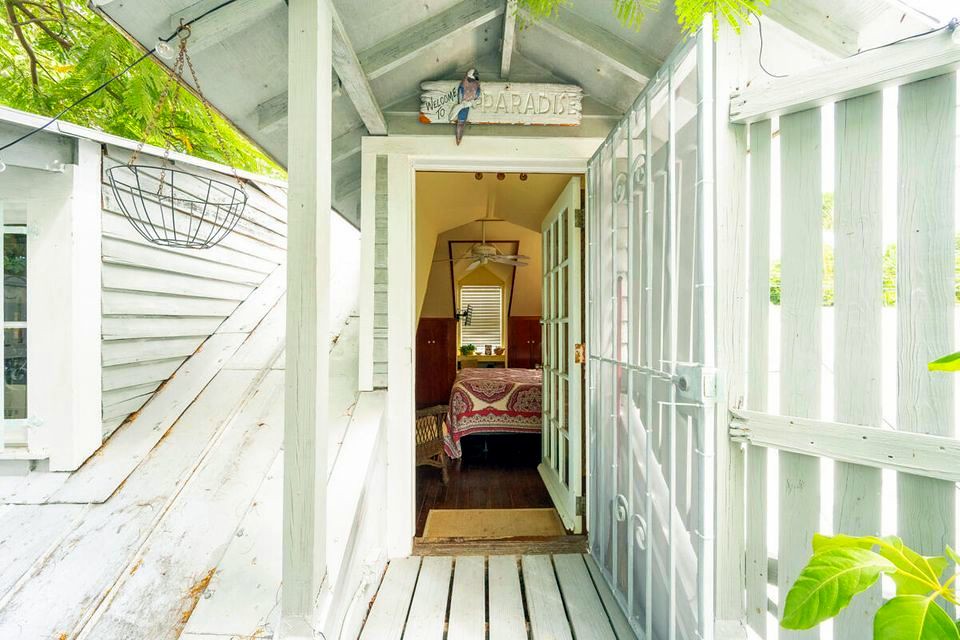 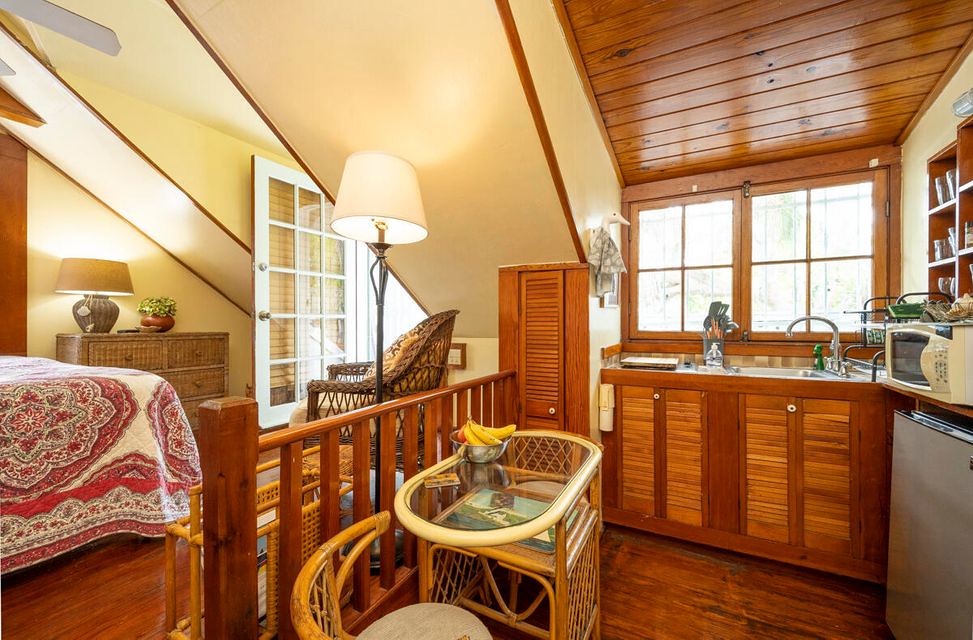 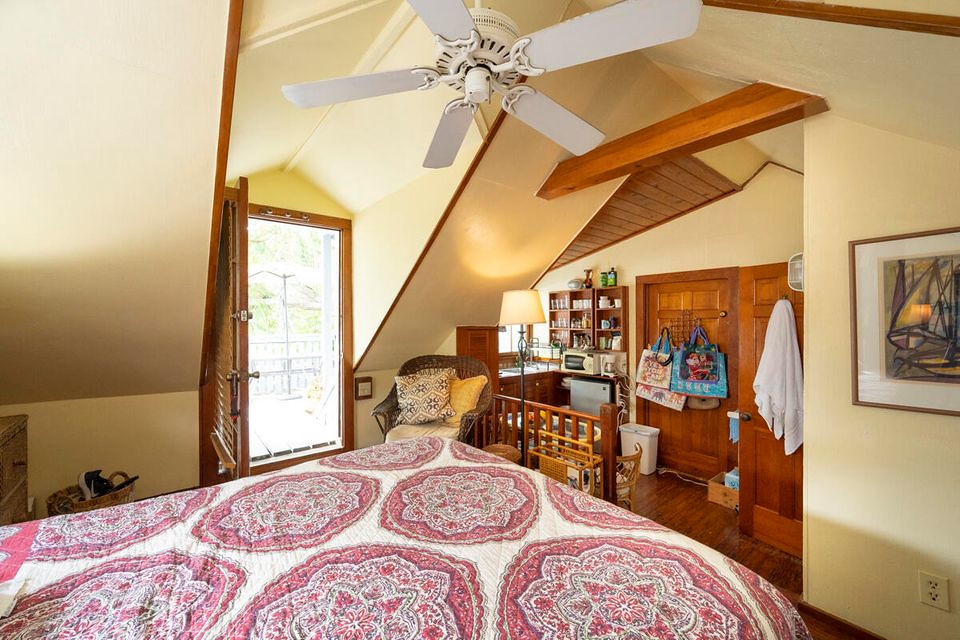 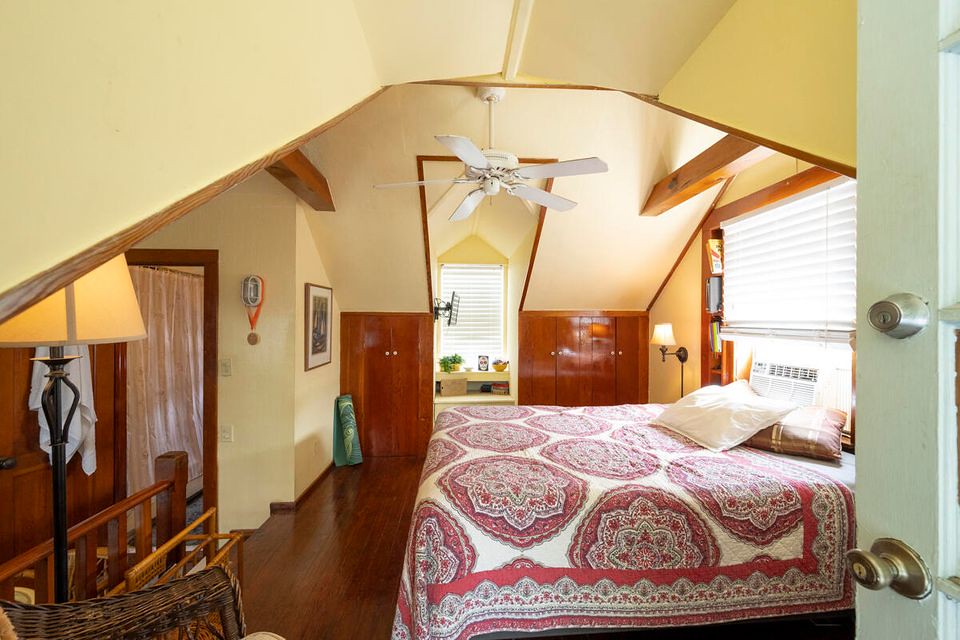 Closets are tucked between the dormer facing Whitehead Street. The bathroom is adjacent on the left. As you can see this little home offers many options for living or as an investment property. It is well located near Duval and tourist attractions. And its cute. Who doesn't like cute? 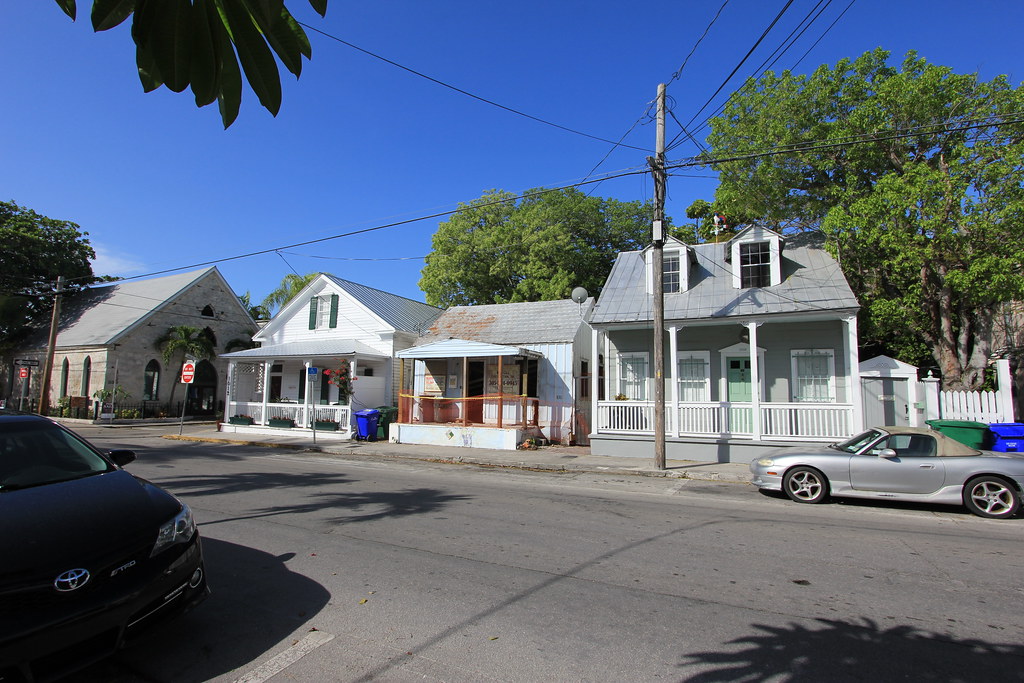 I came across the "Autobiography of Stephen Moreno Whalton".  Whalton was born in 1872 and grew up just a few paces off Division Street which he said was previously known as Rocky Road. Mr. Whalton further wrote:

"Another event in my life that I have never forgotten happened when I was about seven years old, at that time there were a very few houses on the Southeast side of our Truman Avenue, most of that part of the Island was a wilderness, my grandfather and my father raised quite a number of horses in the woods of Key West, and my grandfather gave me a horse and my father had him broken to harness and saddle, this was a stallion, and somewhat mean. The only time that I was put on his back, was on a Sunday morning, when one of my father’s hired men put me on him without a saddle, as soon as he got out of the yard, he started to run, and I was too small to stop him, there was a man coming up the street who stood with his arms open, but when my horse got near this man, he made a quick turn to go by him, and landed me on a flint rock, I recovered from that accident in about six weeks, but I never had a chance to get even with that horse, as my father sold him before I became old enough to handle him. This was the end of the events of my early childhood, which have remained fresh in my memory down through the years, due of course, to the fact, that they made a great impression on my mind at the time of happening."

Imagine a wild horse running down a dirt road and across the fields and forest in Key West. What a sight that must have been.  Today this area is abuzz with tourists in the daytime as they trek their way to the Hemingway House, the lighthouse, and the Southernmost point. The leave the area by 5:00 to head to Mallory Square, dinner, and night time fun.  CLICK HERE to read Whalton's autobiography. History fans will love it. 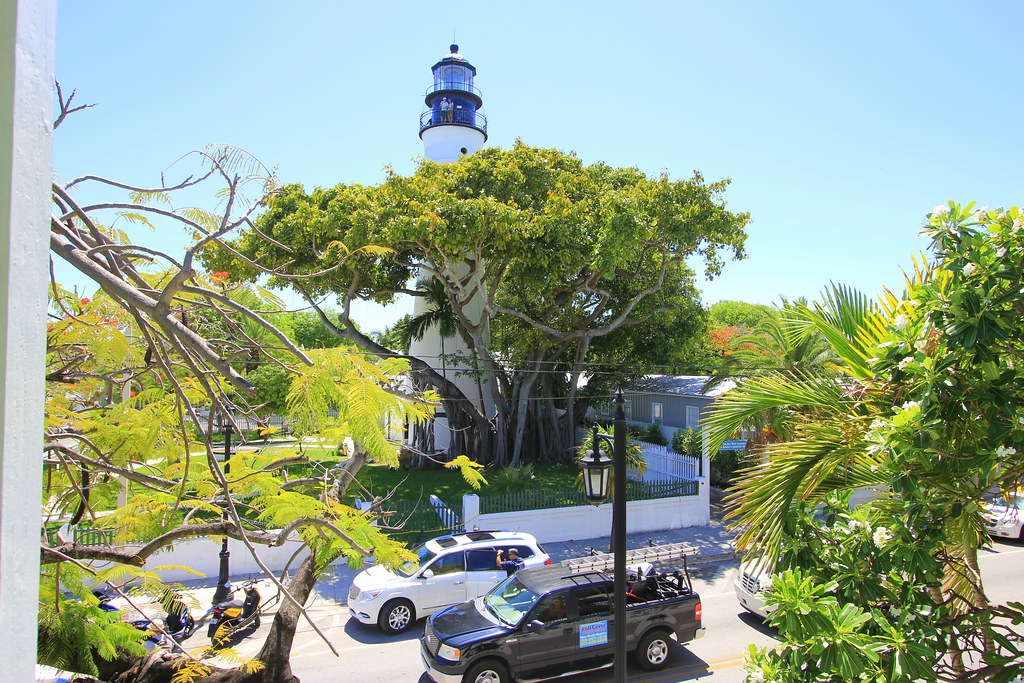 CLICK HERE to view the Key West MLS datasheet for 1008 Whitehead Street Key West offered for sale at $899,000. Then please text me, Gary Thomas, 305-766-2642. to schedule a private showing. I am a buyers agent and a full time Realtor at Preferred Properties Key West. 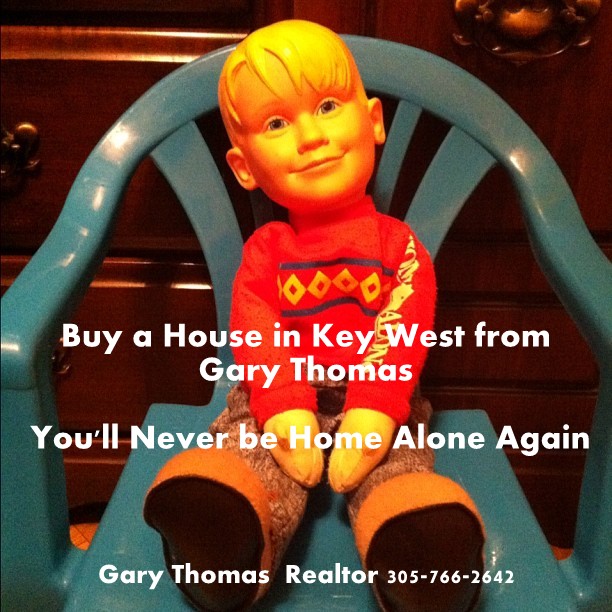 Hello Gary - the utilization of space is important in a home and your description(along with the photos) makes this point well in this post highlighting the property at 1008 Whitehead Street in Key West.

I also appreciate how you use "paces" to describe distance here.  It's a clever description.

Next to a funeral home. Could probably sprint!

Looks like a great opportunity for buyers in your market! Good luck.

There are very few homes available in Key West that are under $1M. I hope "the" buyer calls you for a showing today!