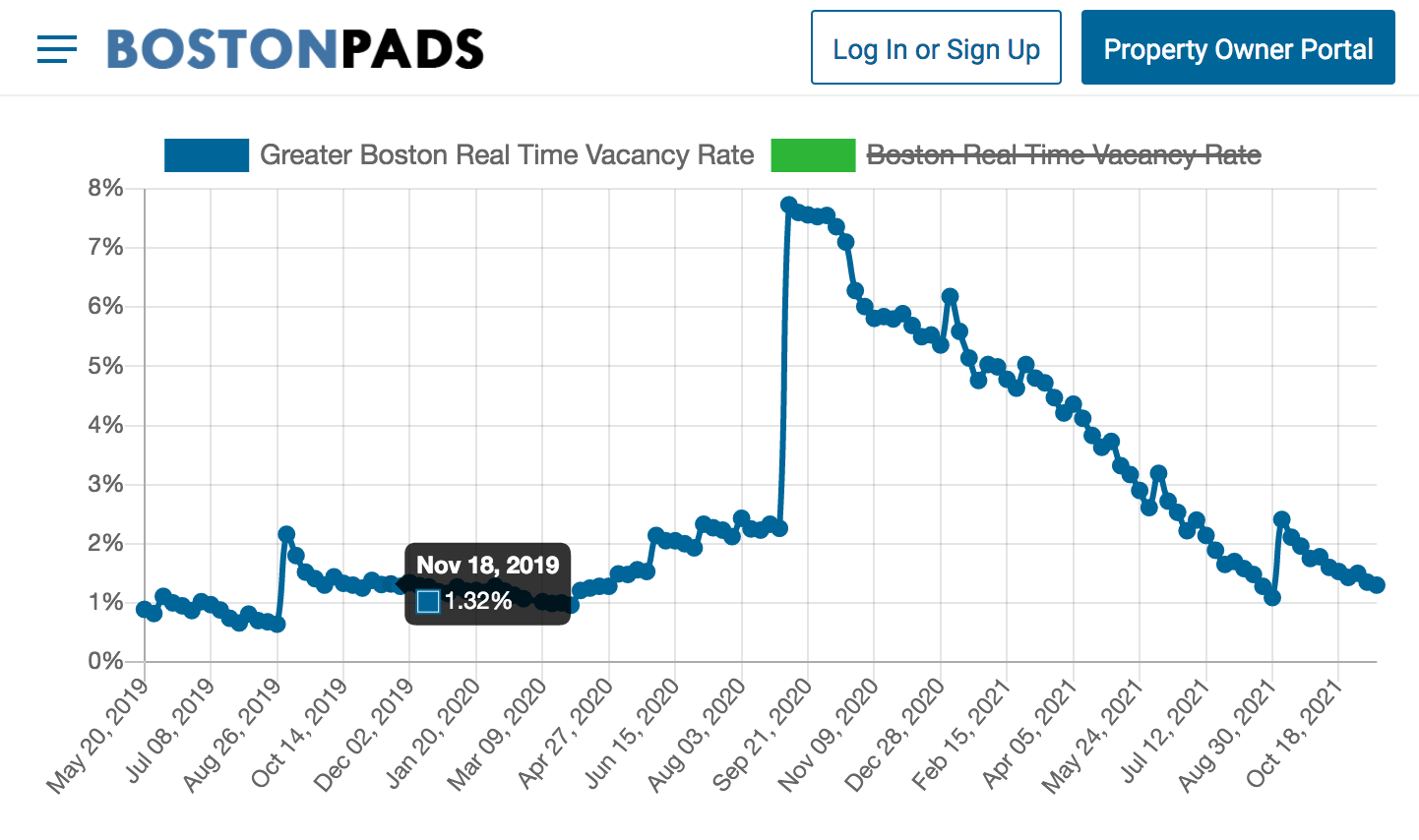 The number of vacant apartments in Boston saw an alarming spike in 2020 thanks primarily to remote learning policies at local schools in response to COVID-19.  In a city where the vacancy rate rarely crests above 3%, the pandemic sent shock waves through the local rental market when Boston's vacancy percentage hit 7.73% in September of 2020.  Since then, that figure has rapidly contracted to 1.22% and is currently sitting lower than where it was in November 2019 before the pandemic.

So it’s safe to say that Boston’s apartment rental market has made a full recovery from COVID-19.  When students came back to Boston for the Fall 2021 semester, it effectively wiped out the inflated apartment inventory and steadied the ship.  If there was ever a doubt as to the rental market’s dependency on student housing in Boston, they have been put to bed.  Apartment supply figures hit unprecedented levels since the housing crisis of 2008 as a direct result of a depleted student population.

Up until recently, there was uncertainty swirling in terms of the rental market’s recovery.  We could see the vacancy rate rapidly contracting, but up until mid October it was still lagging behind pre pandemic levels.  Fall is generally the slowest time of year for the renting apartments in Boston, and it was unclear whether the market would continue to absorb the excess apartment inventory.  Since then, vacant units have been dropping faster than we’ve historically seen for October and November.

In terms of local neighborhood data, Boston’s core areas are seeing the lowest vacancy rates at the moment.  Bay Village, Back Bay, Beacon Hill, and Mission Hill are recording vacancy rates below .6% currently.  These neighborhoods were most affected from the vacancy issues in 2020.  Since many landlords slashed rents in these areas to spur demand, we’re seeing vacancy rates lower than ever in some of Boston’s premium neighborhoods.

So it appears the rental market has went from one extreme and back to another in terms of apartment supply.  One positive to draw from this is that rent prices have come down for smaller apartment units in Boston in response to the market conditions over the past year.  Still, the local housing market will have to work hard to meet the ever-growing demand for apartments in Boston.

Great information and chart,Zachary Parker... having a vacancy of 7.73% is not good in any real estate market.

Thank you so much for providing a very informative market report!  This is exactly they type of information needed by buyers and sellers to make informed decisions!  Very professional! Have a wonderful and Happy Thanksgiving!