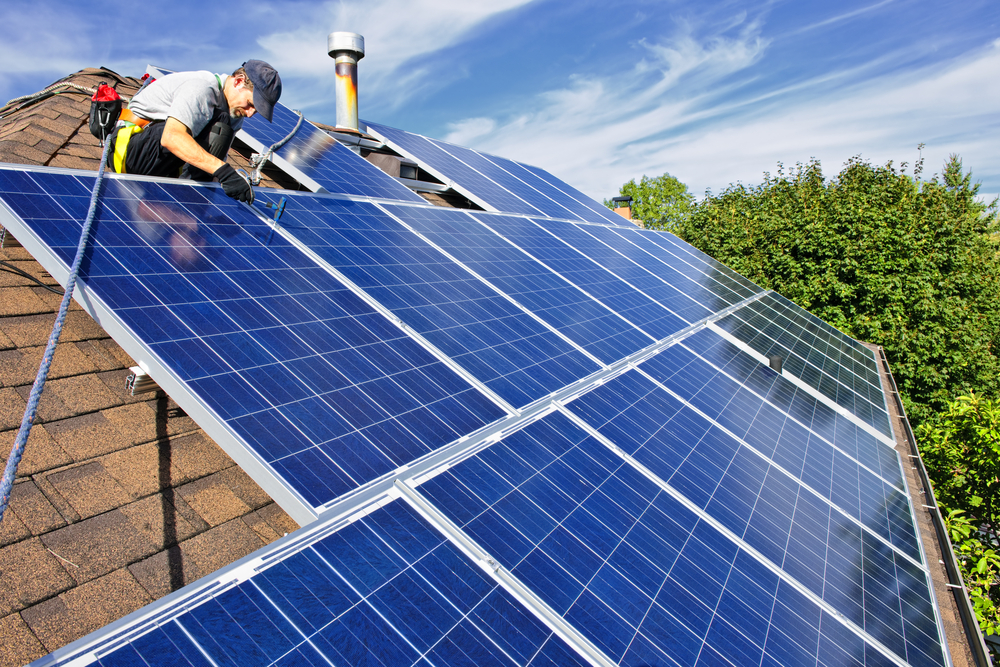 If you're considering building a new house, then one of the first things that you might think about is whether or not to install solar panels. Solar power has been around for decades, and it's only getting more popular. If you're looking for some reasons why installing solar panels should be high on your list of priorities when building a new home, read on.

1. Solar Power is a Powerful and Efficient Way to Produce Energy

If you're new to solar, then you might not realize that it's an incredible source of renewable energy. With just a few basic panels on your roof, you can power most appliances in your home without having to worry about expensive electric bills every month. In fact, with the solar power system that SunPower is offering its clients, you can save up to 90% on your electric bill. Plus, another great benefit of solar energy is the fact that it's produced in your own home. That means no more noisy wind turbines or risky underground oil pipelines.

2. Solar Panels are Easy to Maintain

It's not like you're going to need to change solar panels or anything. After your solar power system is all set up and the sun begins to shine, then your home will be powered by nothing but free energy from the sun. You'll never need another $100+ electric bill again. Imagine having that kind of money just sitting in your bank account.

You might have heard someone say that solar panels are ugly and awkward, but did you know that the newest models of solar panels resemble a kind of high-tech shingle? Unless you look up close or study them, you probably won't even notice all the solar panels on your roof. Solar panels can look pretty sleek and modern.

4. Solar Panels Will Save You Money in the Long Run

Solar panels are expensive to install, but they cost far less than ordinary appliances that use electricity. If you're looking to buy a new home with solar power built into the roof, you can probably expect to save thousands of dollars every year. That's a lot of money that you can spend on other things.

5. Solar Power Is Good for the Environment

It's no secret that using renewable energy sources like solar power helps reduce greenhouse gasses and slow down global warming since they produce clean energy. If you want your home to have that extra added benefit of being environmentally friendly, then you should consider installing solar panels on your roof.

6. Solar Power has No Moving Parts

This might not be the most important reason to install solar panels, but it's still good to know. Electricity can break or stop working at any time, which means that you need to have a backup plan. Fortunately for you, solar panels produce electricity with no moving parts - which means that they should last much longer than your regular appliances.

7. Solar Panels are Easy to Install

If you're worried about the cost of hiring an installation team, then don't be. With modern technology, all it takes is a few screws and the ability to climb a ladder. On average, you can expect that your solar power system installation will take just half a day. That means that you'll be up and running in no time.

One of the most significant decisions you'll ever make is deciding whether or not to install solar panels. The good news about solar energy is that it's so popular and in-demand these days, which means that you can probably afford to buy a house with solar panels instead of installing them yourself. Plus, if you own a home with solar power, you can sell the energy back to the power company for an extra profit. All in all, it's an excellent investment, and we recommend that you go "green" and make the switch.

Hello David Jackson, MBA these are very valuable list of reasons to install solar panels at a new house.