According to the IRS, the virtual currency is a digital representation of value that functions as a medium of exchange, a unit of account, and/or a store of value. In some environments, it operates like “real” currency (i.e., the coin and paper money of the United States or of any other country that is designated as legal tender, circulates, and is customarily used and accepted as a medium of exchange in the country of issuance), but it does not have legal tender status in  the U.S. Cryptocurrency is a type of virtual currency that utilizes cryptography to validate and secure transactions that are digitally recorded on a distributed ledger, such as a blockchain.

Great information.  Thanks for sharing and make it a wonderful day! 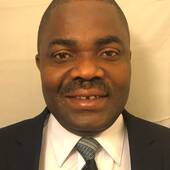