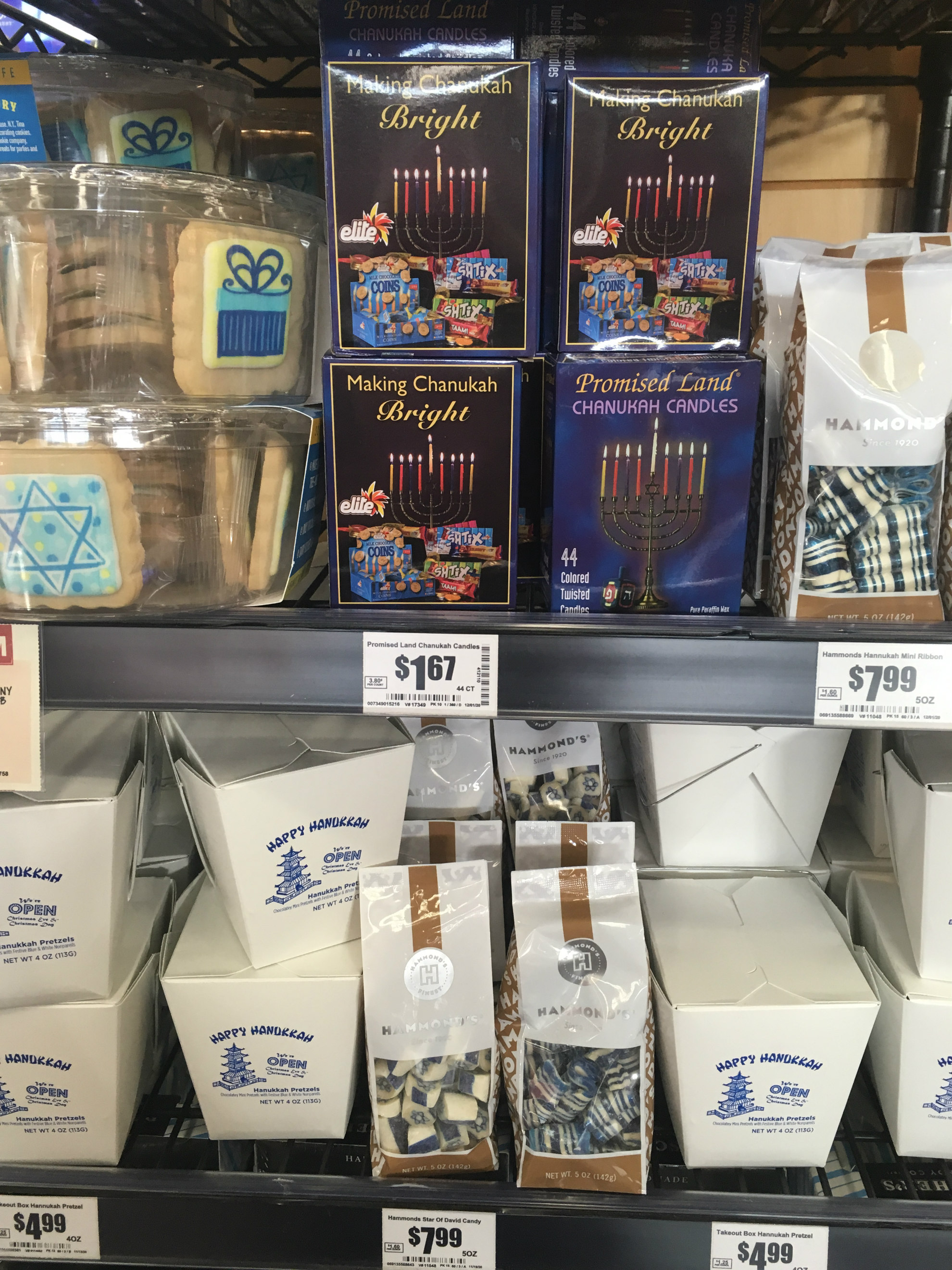 Happy Hanukkah to all my Jewish friends celebrating Hanukkah and to Christians preparing to celebrate Christmas.

My father wasn't a religious man but he taught me to respect all religious orders and never take faith for granted. When you die, he said, you won't know who or what's next. Until then, live a good life, remember to respect those who have faith and those that don't. Always share good values. Learn a lot about other people, their culture, and most of all always respect what others believe including those who stopped believing. No one on earth is 100% right or 100% wrong. Respect differences of opinions. He told me to look around the avenue. All the stores and business owners in my neighborhood were owned by Jews who came to America from war torn countries. They gave us all, Jewish or not, our daily bread from the bakeries, the local taylor shortened my father's pants, resized and customized my dresses that seemed to float on me, they provided us with meats from the deli shops and all the essentials we needed to survive. They were our peaceful neighbors.

It wasn't until I heard John Lennon sing "Imagine," in 1971, that my father's words sank in and made me realize, peace is really what matters and it all begins with respect. The song was released the year I got married and I was still a teenager. The war in Vietnam was going on. I asked my husband why he didn't want to go shopping to buy real clothes instead of his uniform. He told me he didn't feel like this was America or home anymore. His army fatigues kept him close to his brothers who he left behind in Vietnam. He didn't want new clothes, all he wanted was peace.

Hi Patrcia... I might not be Jewish, but I love the message of Hanukkah... and in fact, it's a very universal message of light and freedom. "Imagine" by John Lennon is one of my favorite songs of all time. Having attended Lutheran parochial schools from first grade through high school, region classes and history or religions was a constant... it taught me to respect all religions and never to judge.

Nina Hollander, Broker - I'm not Jewish either. The message of light and the season of miracles is something worth hoping for. The messages you shared were the same for me and the number one course that was constantly taught from K- senior hear of High School for me was Common Courtesy. And students, we were graded on courtesy too!

Hope you know that your dad would be so proud of you. And no matter how you spell it, make it a happy and bright holiday!

Patricia Feager, MBA, CRS, GRI,MRP hi Patricia... let's face it... the message of light and the season of miracles is very much part of our Christian heritage, as well. Courtesy was not something that we were graded on in my school days... somehow I remember students being quite courteous to each other on the whole. It was expected and people followed those unwritten rules. We could use a bit more of common courtesy in our lives these days, sad to say.

Margaret Rome Baltimore 410-530-2400 - thank you for bringing tears of gratitude to my eyes this morning. As you say, it doesn't "matter" how it's spell it, we all have a moral obligation to "make it a happy and bright holiday!"

Hello Patricia - respect plays such an important role in our lives(or at least it should).  Happy Hanukkah to all those celebrating.

Nina Hollander, Broker - my sister passed on my report cards to me after she went through my mother's things after she died. It took a long time before I would look at them and that's when I realized how important being graded mean to me as a child. I saw that for my Courtesy Grade, when I slipped into a "C" my grades improved the next semester. I must have been very eager to please my teachers and live harmoniously with the other kids in school.

Patricia Feager, MBA, CRS, GRI,MRP when I sorted out my mother's things after she died, I did not find any report cards for either me or my brother.  I found all sorts of other things, but no report cards.

Michael Jacobs - As I see it, respect means more than being right or trying to disgrace and slander another human being.

Hello Patricia Feager, MBA, CRS, GRI,MRP Happy Hanukkah to you and to everyone celebrate Hanukkah!

Patricia I can always count on you and a couple of other members keeping me abreast of Jewish and other holidays.

Roy Kelley - Thank you. I wish you all good things today and everyday.

John Pusa - Happy Holidays to you too!

George Souto - Thank you! You are always thoughtful; always kind.

Your father was a very smart man, and I wish more people respected others no matter what they believed.

Patricia, it is so important to respect different people's belief systems, and here in Beverly Hills we have many clients who are celebrating Hanukkah, I have to smile when I hear Atheist talking how much they love Christmas:))Endre