Feel free to go ahead and call me the kitchen counter guru.

In the past year I have had Corian, granite, quartzite and now dolomite in my kitchen

And quartz in our kids’ bathroom

I will not going into the boring details right now but I did a whole kitchen counter comparison post a few months ago.

You can also read more about quartzite here and dolomite here

I have learned more than I have ever cared to learn about kitchen countertops this past year. Something so simple as getting new counters in our kitchen and kids’ bathroom turned into a mini nightmare.

But the mini nightmare is officially over and I now can talk first hand about our white quartz countertops. I had them installed in the kids’ bathroom (after I ripped out the quartzite we had installed in there). I needed something with minimal maintenance and something the kids can beat up…because that is what kids do. Quartz is, at the moment, considered the king of counters for it’s maintenance free reputation. And some quartz counters can mimic the look of marble (sort of).

Not all quartz counters are created equal though. Some will say the more expensive the quartz, the better the quartz. I can’t say for certainty if this is true.

You can see and read more about quartz in this post.

There are many reasons why I decided against quartz in our kitchen and that can be another post for another day.

Here’s a quick recap though.

Yep, they do! Some people will tell you they do not stain but I have seen it first hand. This is one of the biggest misconceptions about quartz out there. While quartz is extremely popular right now and is very durable it still can have some issues. Like staining.

Can you scratch quartz counters

Quartz counters are scratch resistant but are not scratch proof. Much like staining, it can happen. I would not use your counters as a cutting board.

I hoped this helped and I cannot believe in the course of one year I had three different counter top materials in this house. But it has given me plenty of material to write about!

Jenna, I just replaced my granite counters to quartz in my master bathroom, and love them! 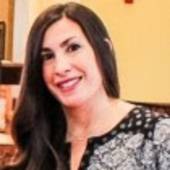