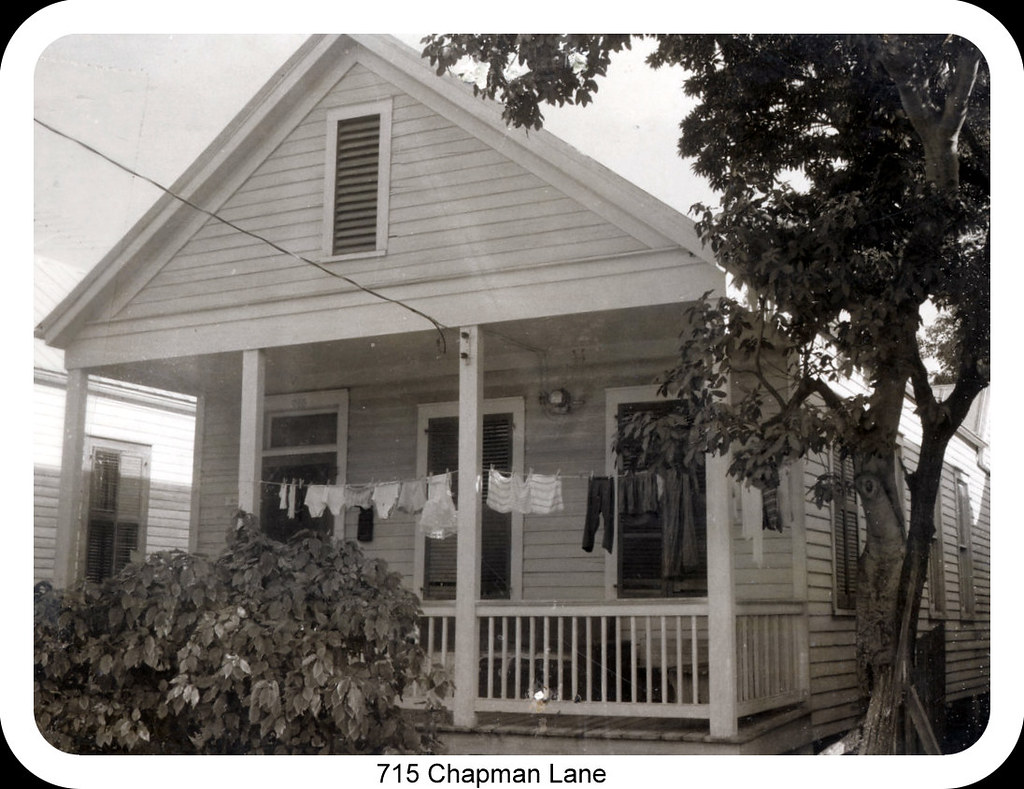 Last week I blogged about a new listing on Chapman Lane. I mentioned the laundry hanging from the front porch. That would be an oddity in most places in Key West today, but it was common place half a century ago. I decided to rummage through my old shoebox to see if I could find similar photos. I did. 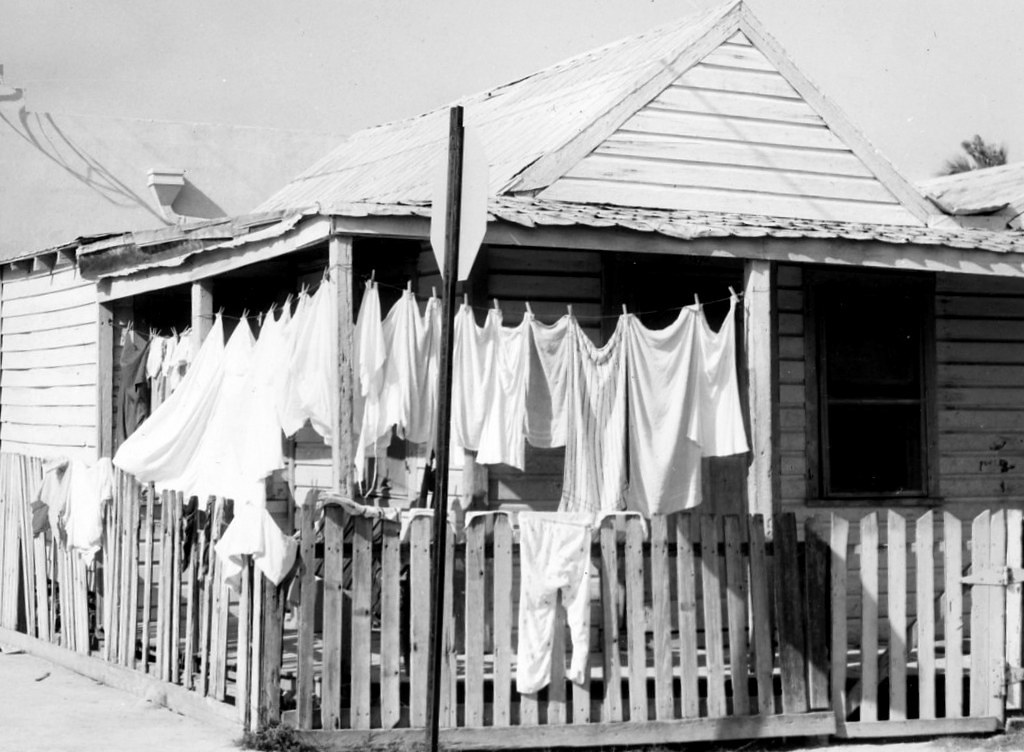 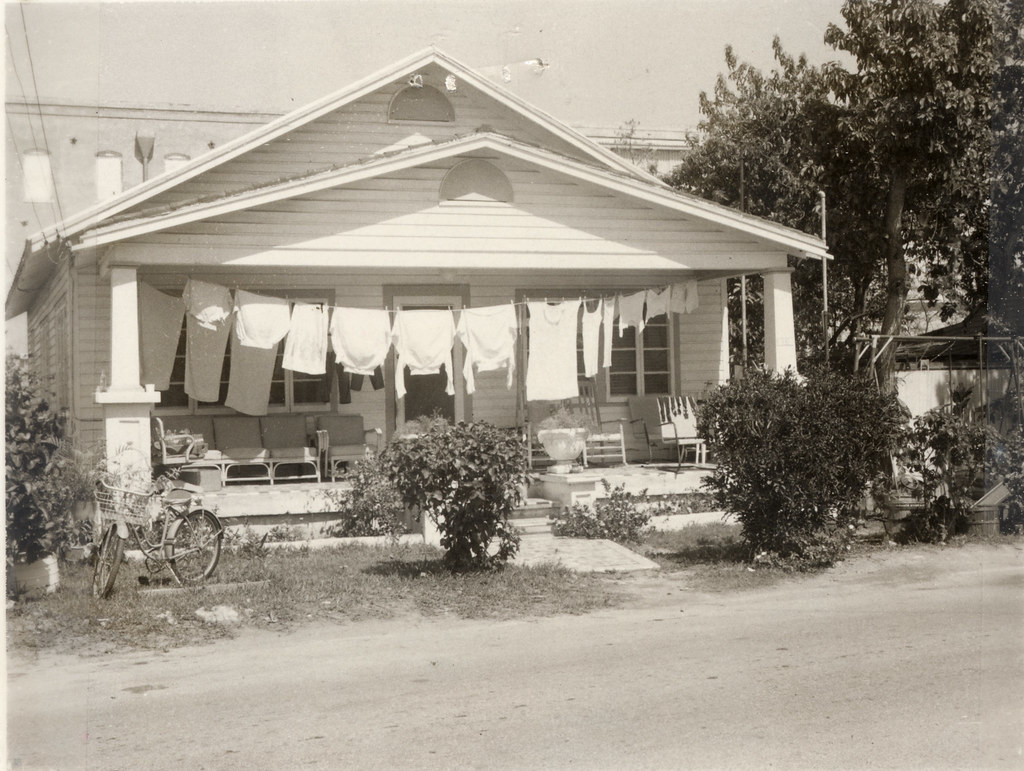 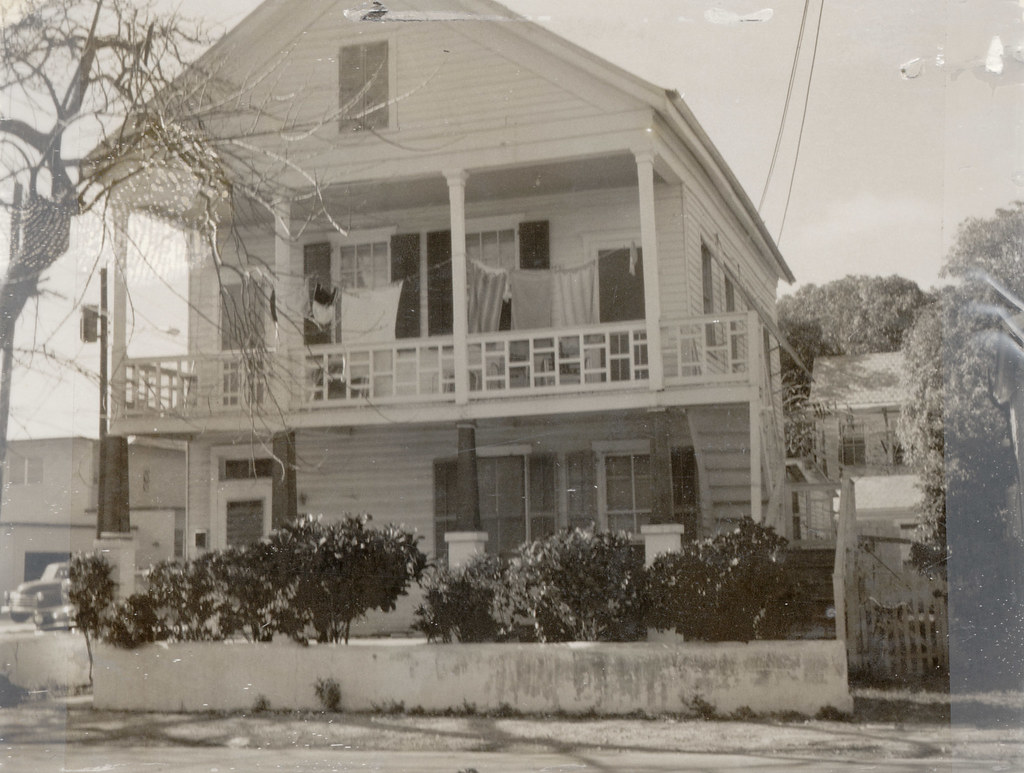 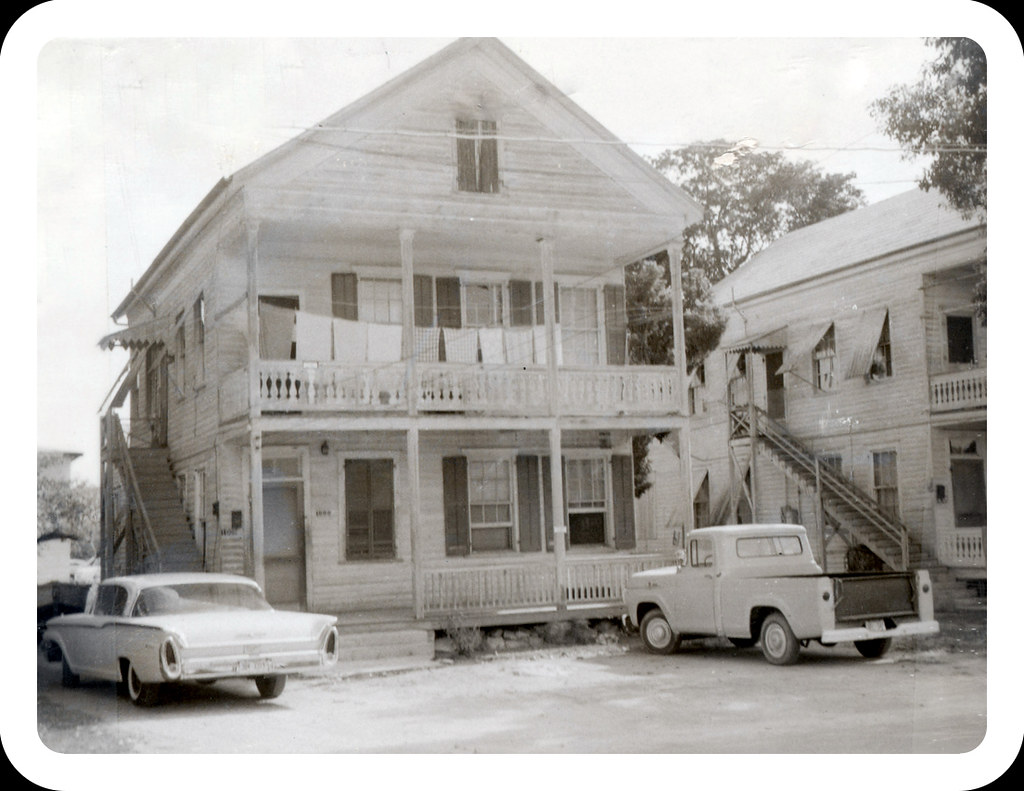 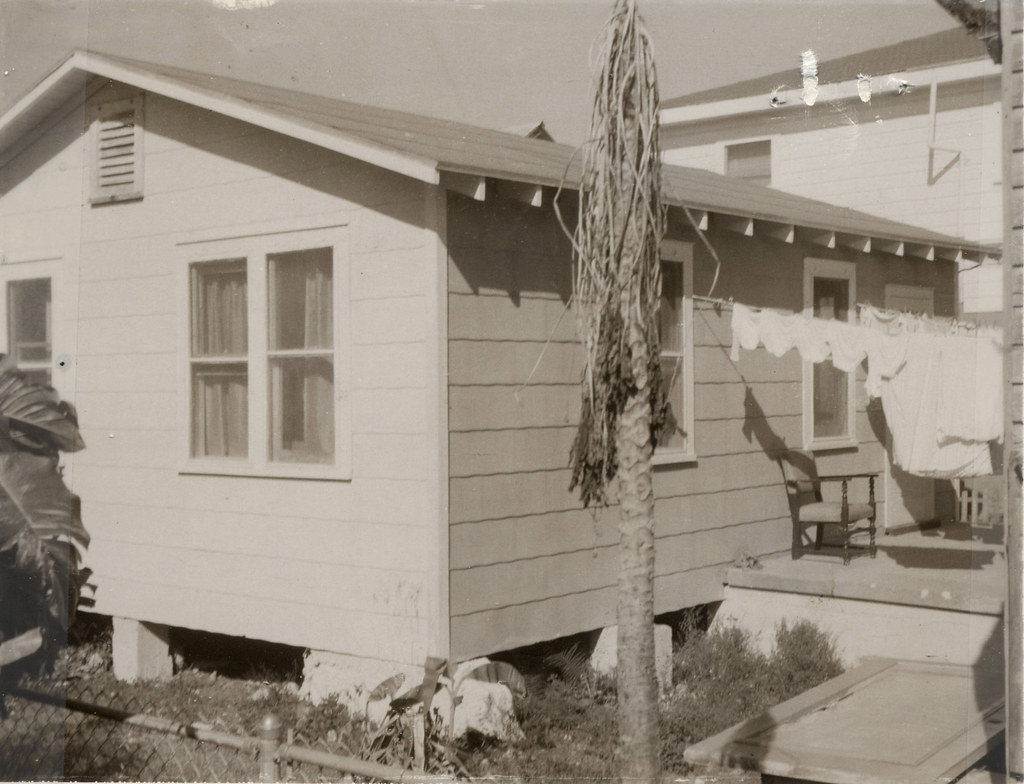 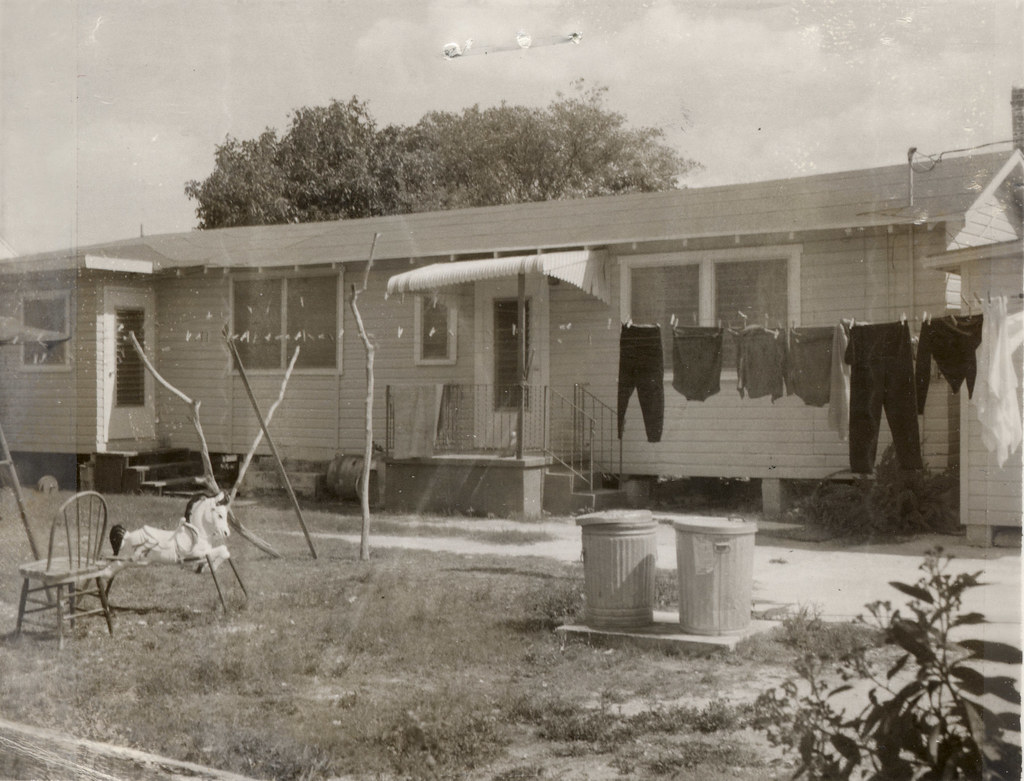 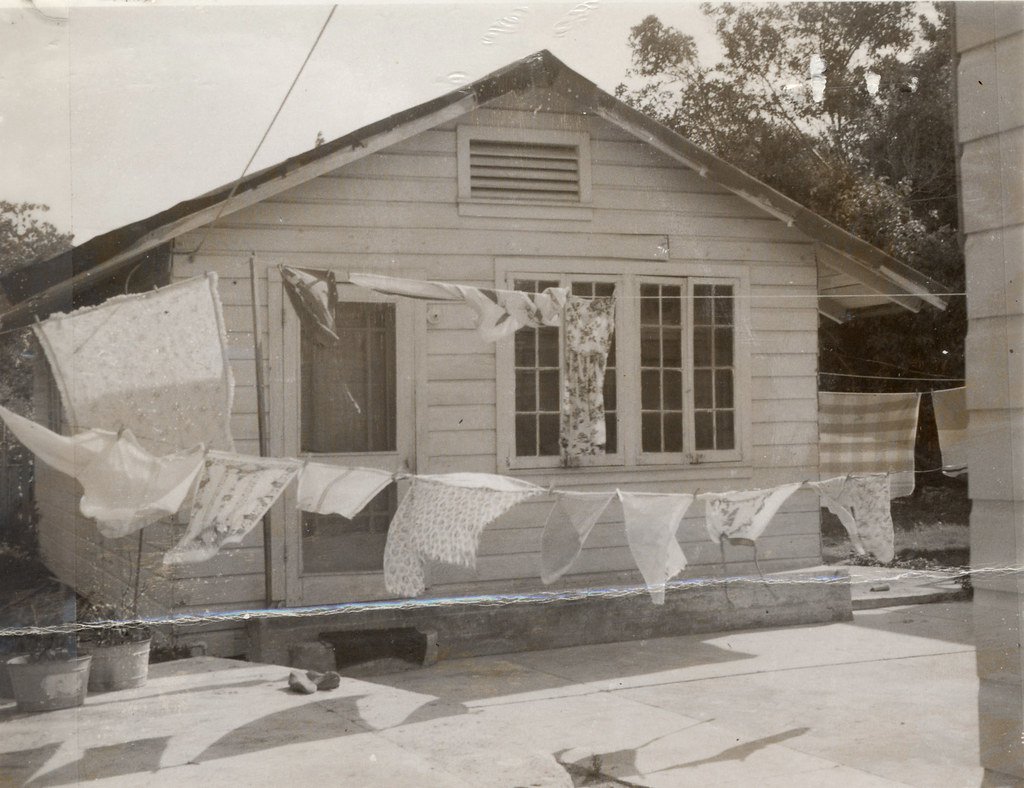 1207 Willliam Street is part of a small condominium complex of historic cottages. One unit recently sold for $625,000. 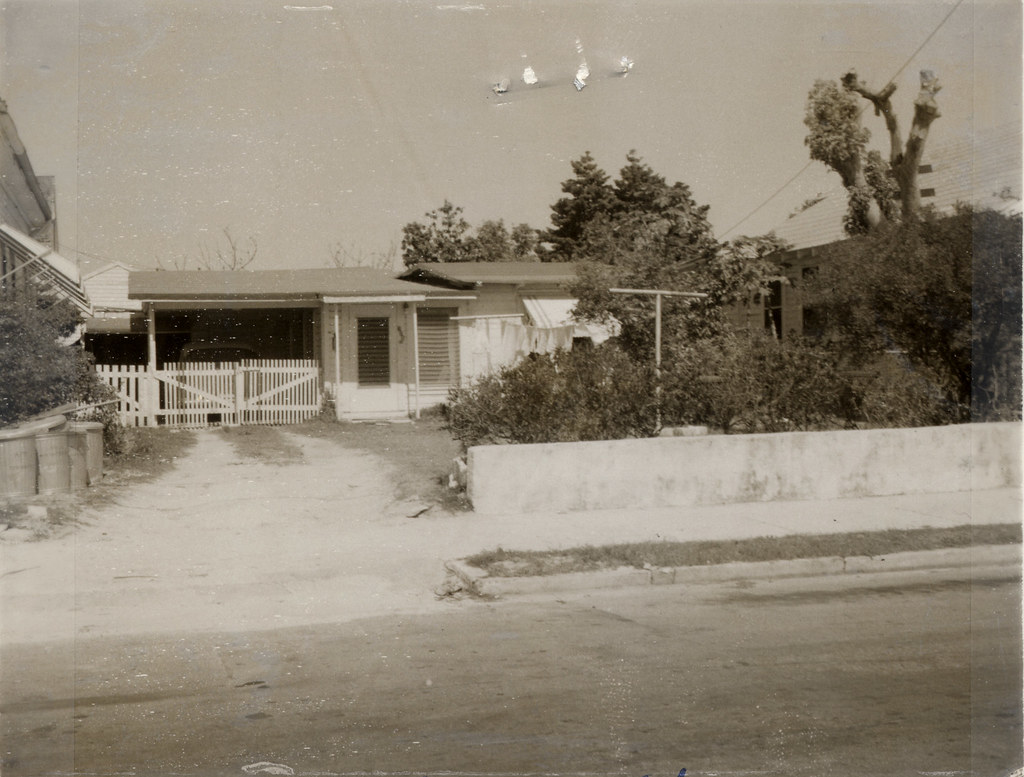 The house at 731 United Street actually had a clothesline in the front yard in 1965. The house is still there and has a Conch paved front yard. No annoying grass or shrubs to attend to. 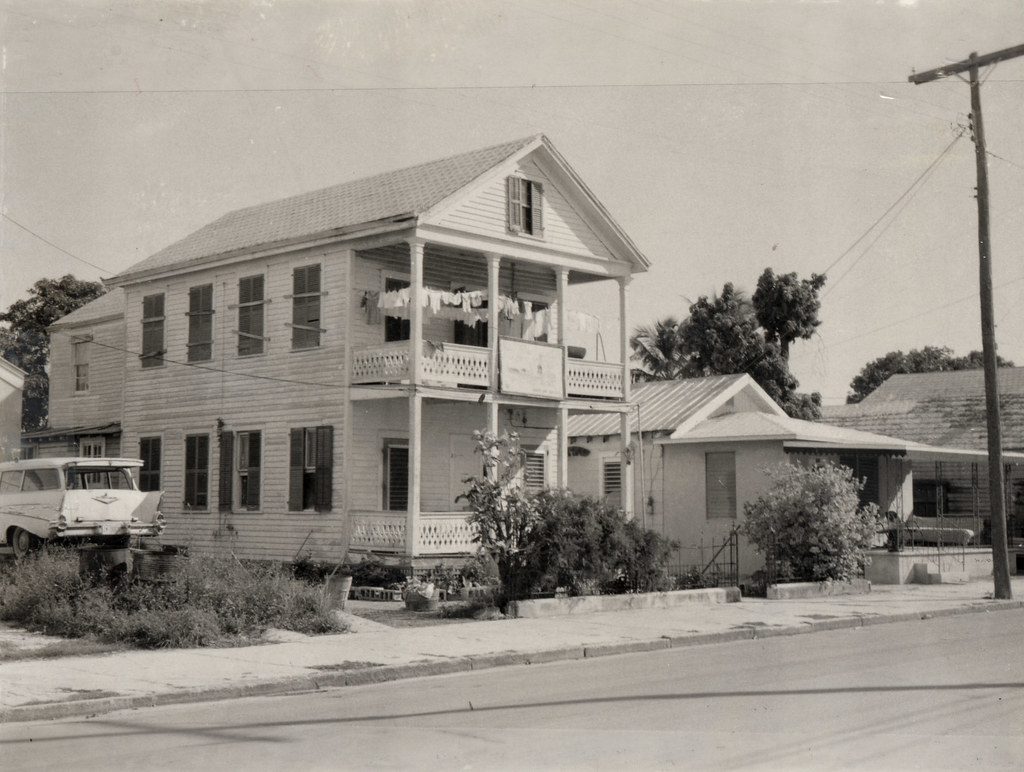 724 Caroline Street in 1965. Renovated and transferred by private sales. 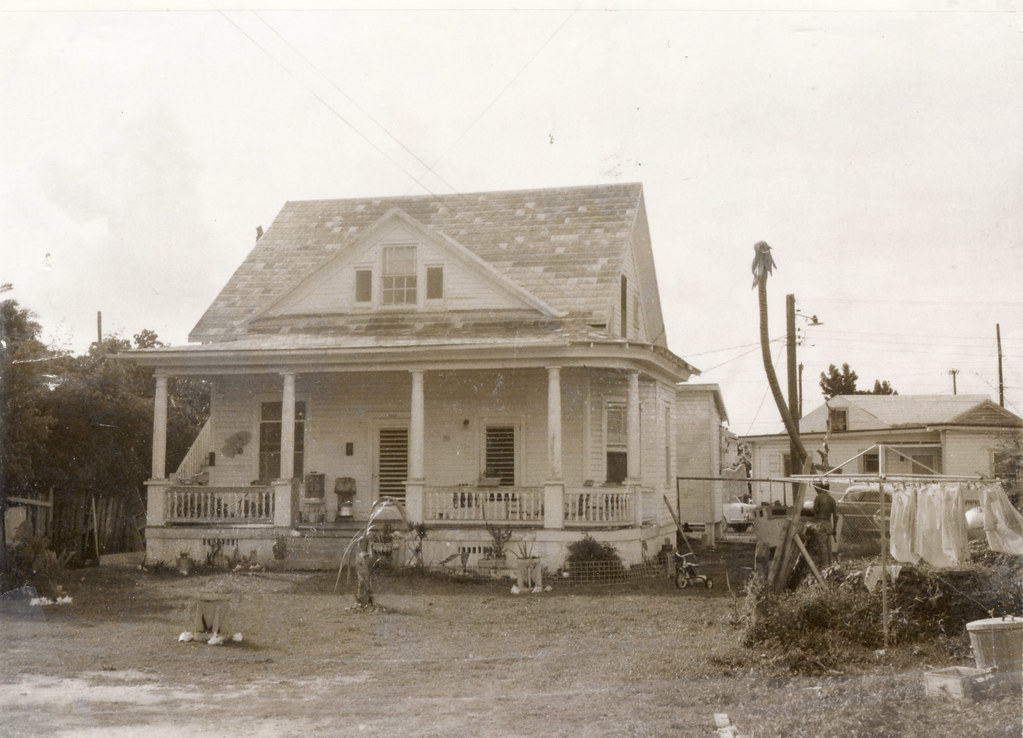 This laundry is in the side yard at 1117 Flemig Street as photographed in 1965. The house is till there today. This property was recently offered for sale for $1,250,000. It is still a fixer. nd it is located next door to a resort property. 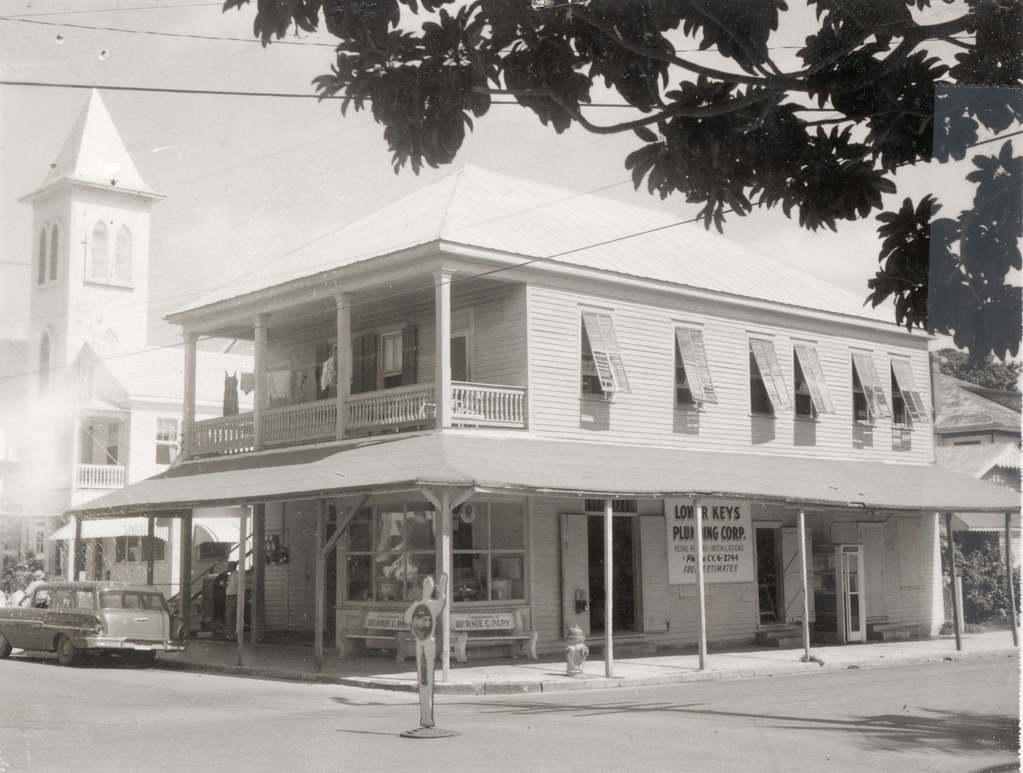 This is a test. Do you recognize this location? It is 535 William Street. The wrap-around awning no longer exists and the first floor plumbing store is now apartments. The doors have been replaced by windows. 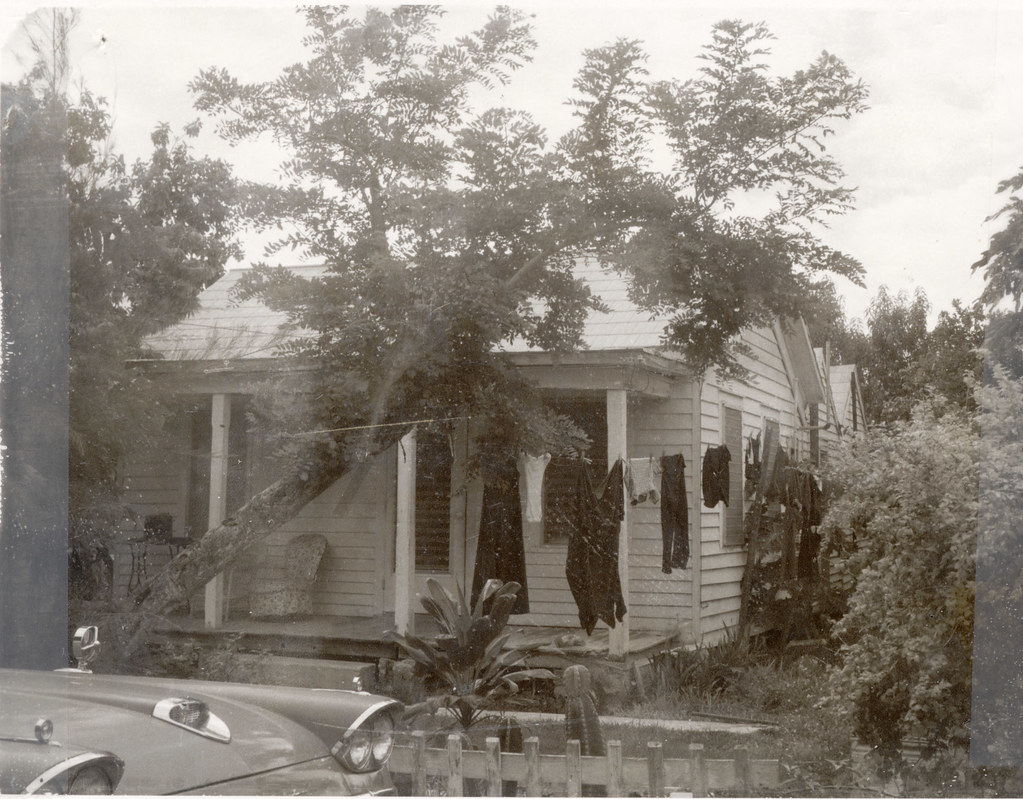 628 Catherine Street also in 1965 This property was razed. The land is now part of First State Bank. 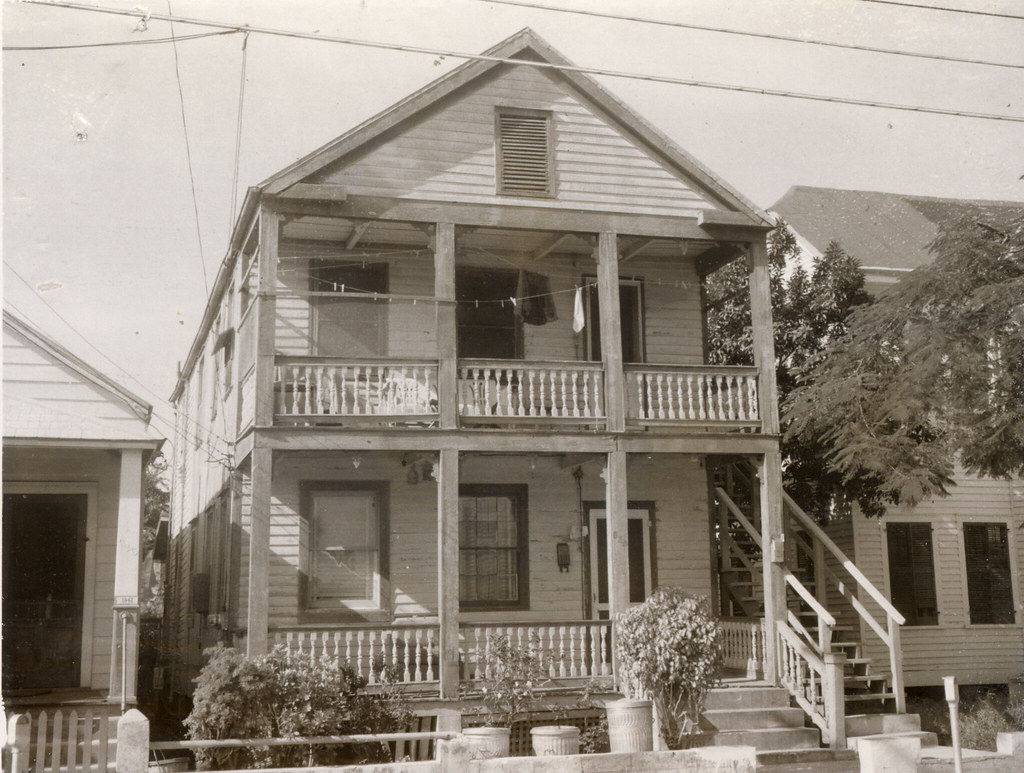 You probably walked past this house at 624 Whitehead Street on your way to visit The Hemingway House This property is now professional offices. It is located near the Monroe County Courthouse. 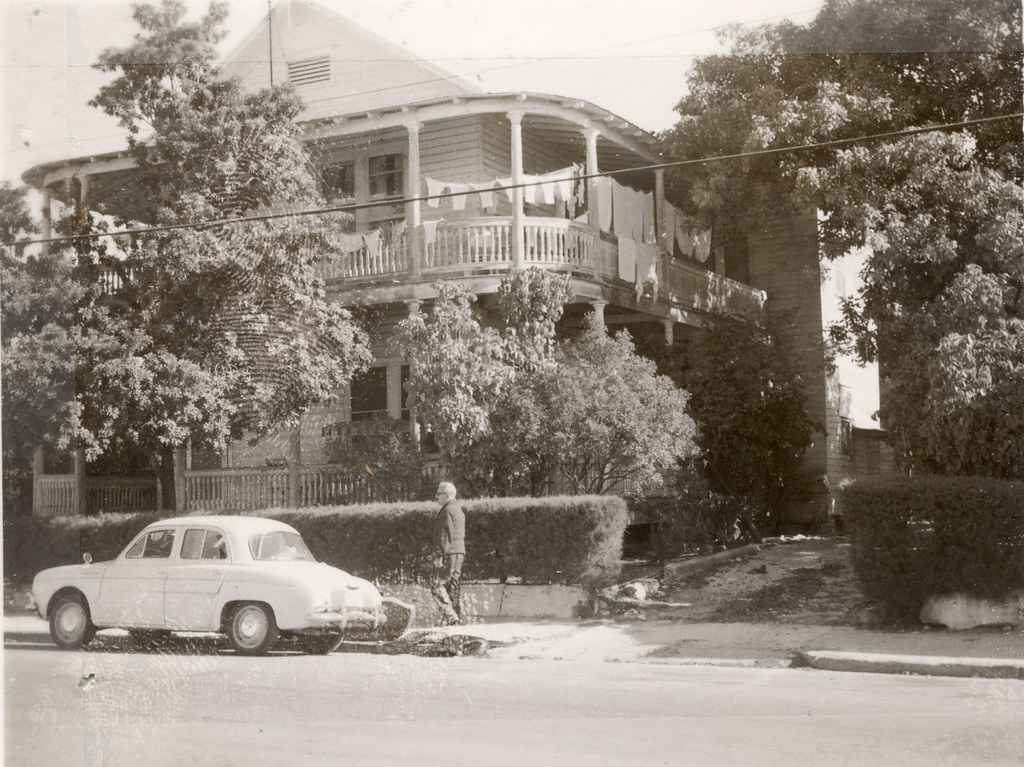 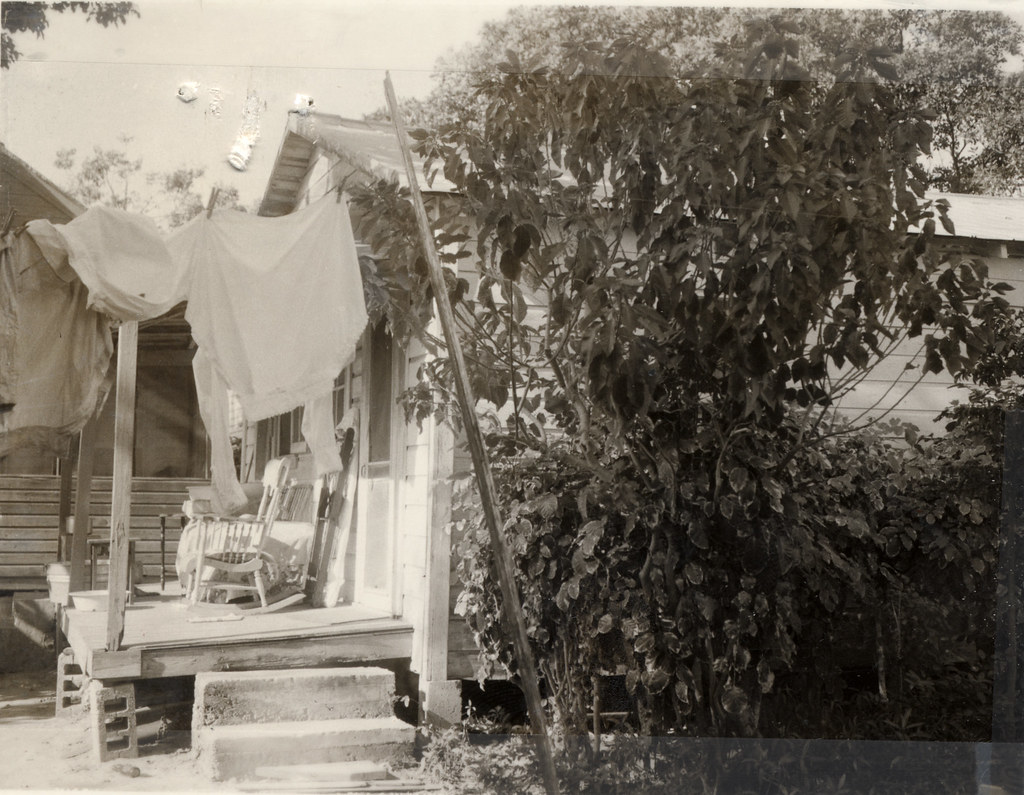 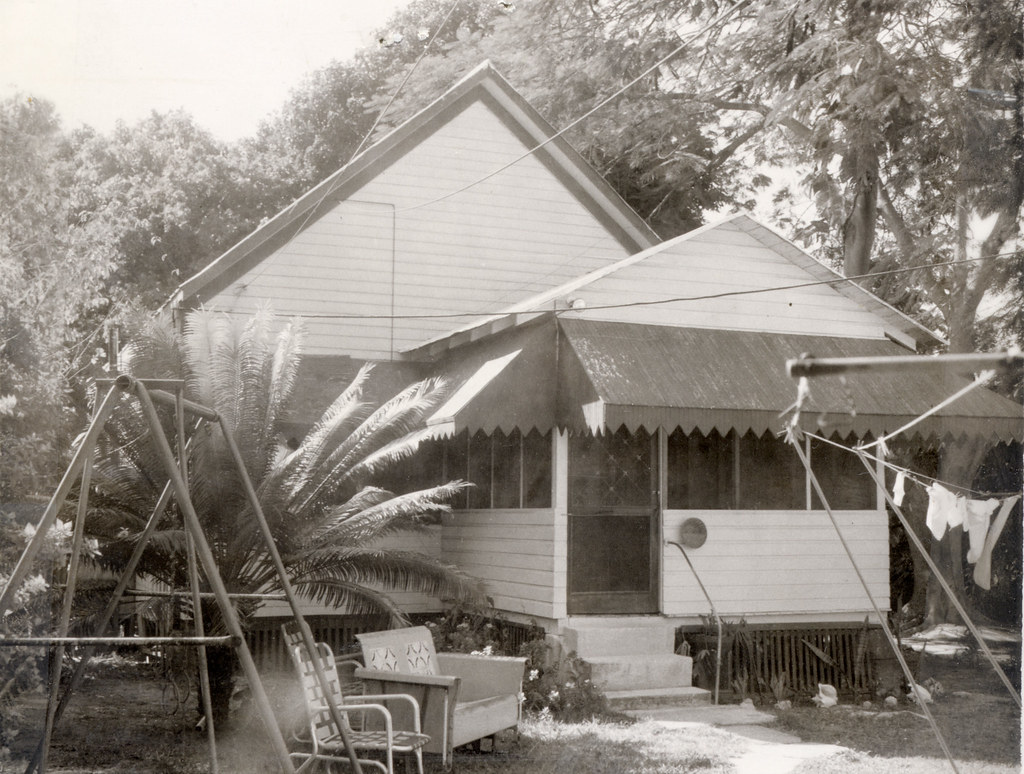 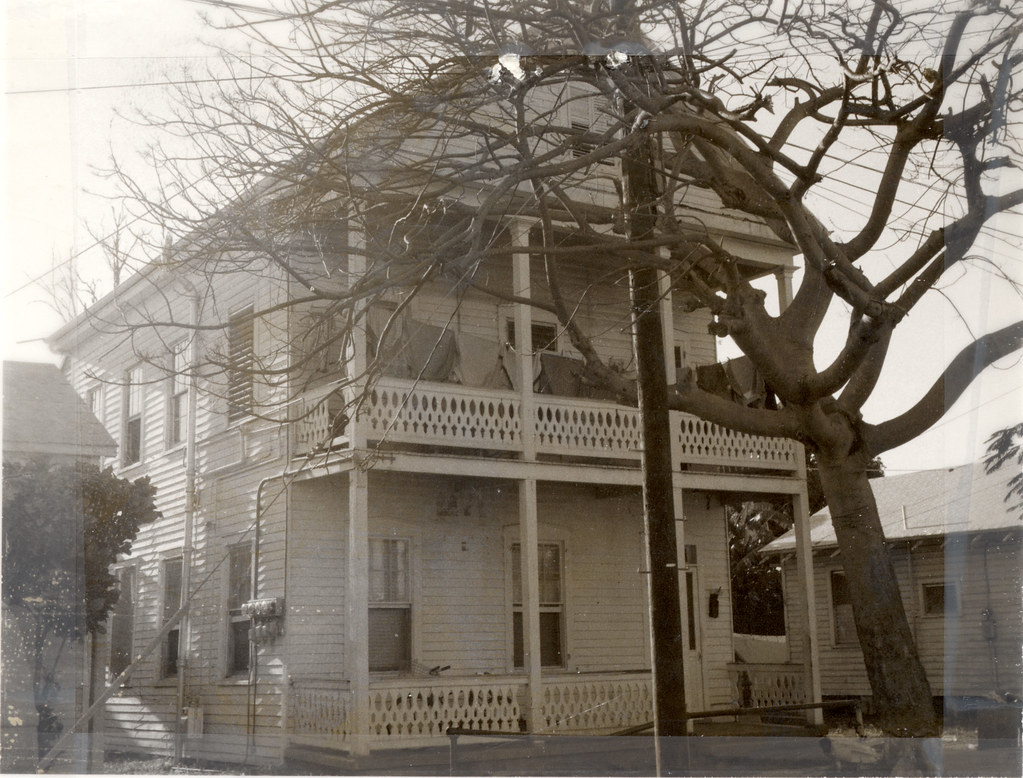 644 William Street also in 1965. This place looks about the same today. 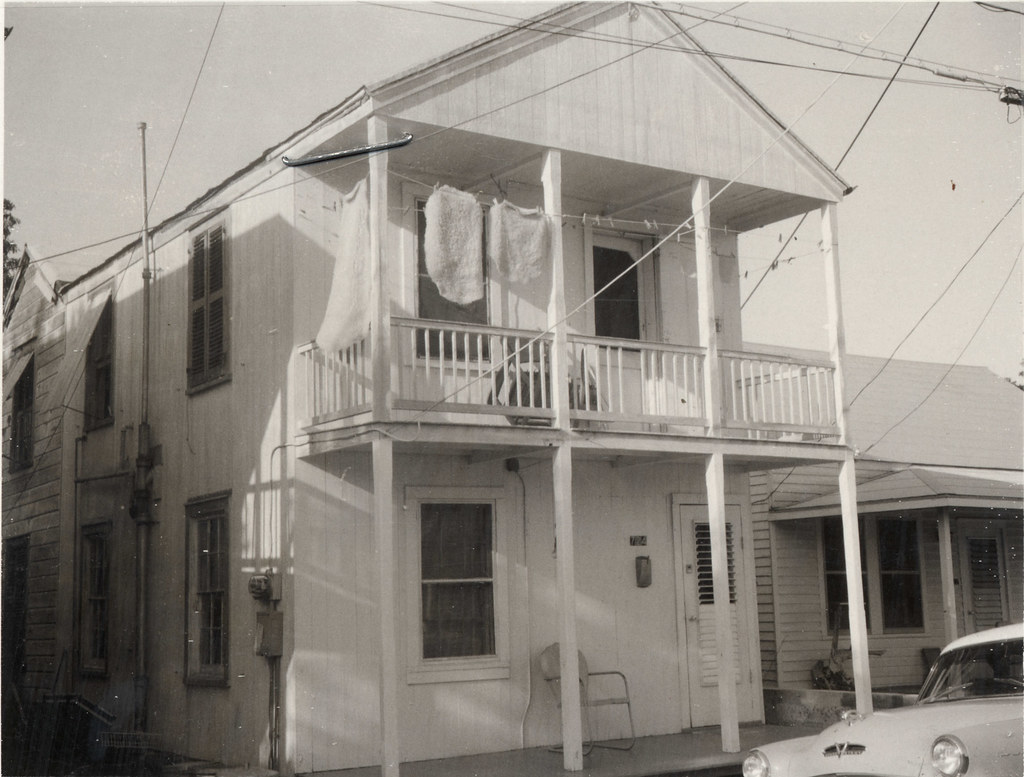 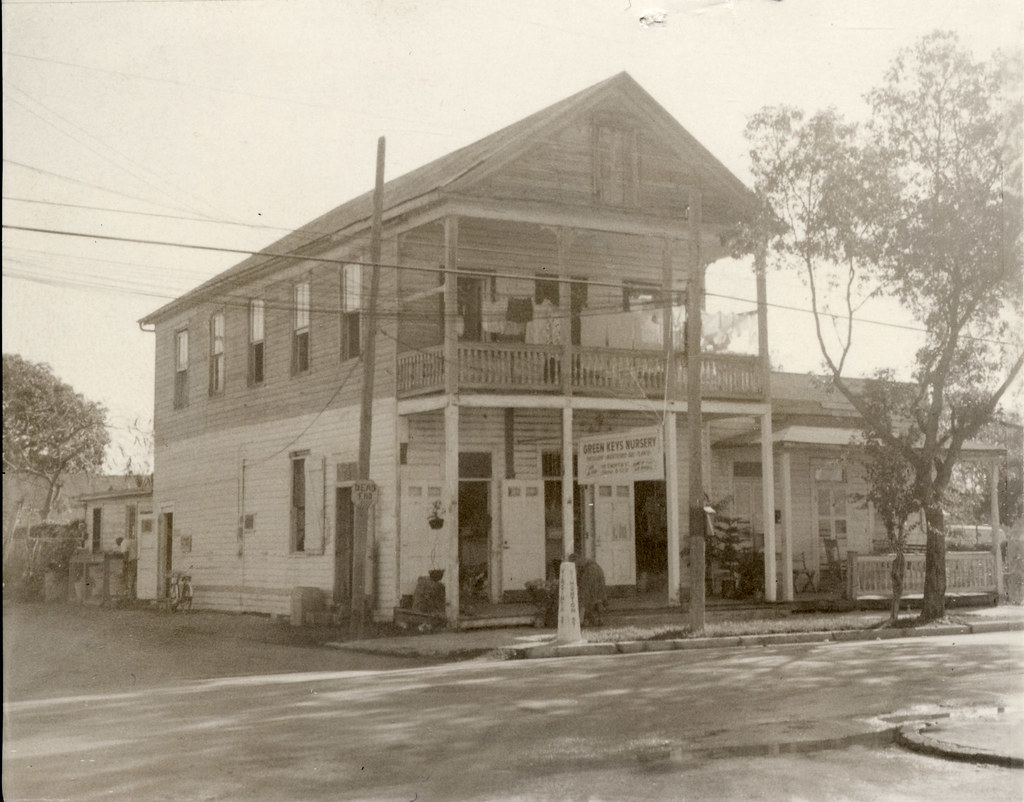 This is 1101 Simonton Street as photographed in 1965.The first floor retail space is now office space - very expensive office space. God made many great things on Earth and man made drop-off laundries in Key West. There is no more need to air your clean clothes in public. I started to write today's blog on Sunday morning. I spent too much time looking thru all the old photos and missed attending an open house to see a new listing from Saturday. It went under contract last night. I should have known better. No more dawdling. 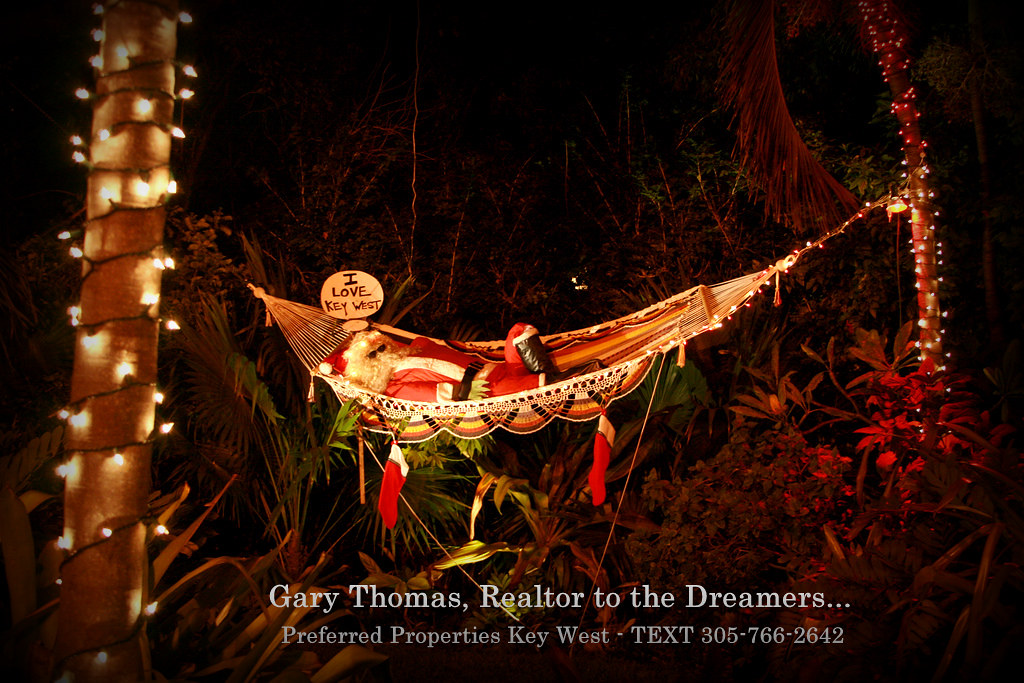 Now that's a lot of laundry photos! I am now considering putting in a clothes line here for summer use. No one would be able to see my laundry but me. Hmmm.

Kat, We had a clothesline in the backyard when I was a kid. I remember this:

1. Hangiing clothes with closepins. Intrigued by those as a little boy.

2. The smell of sheets in the summer.

3. Bringing clothes inside in the winter where they and I had to thaw out.

4. Tieing my does leash to the line so he could run but leave the yard.

5. Learning to do chin-ups.

Hello Gary - your post today reminded me of another real-life story that is real estate related.   I represented some relocating clients who purchased a home who a  few years later bought another residence that became their primary home.

That original purchase in our area then became a rental and I represented them as they were now also landlords.  They included the washer as part of their lease offering but there was no dryer.  I asked why and was told they preferred to line dry the items that were not professionally cleaned.

That was a memory that I can't say I can recall in my real estate career although I do remember hearing such stories from some of my older relatives when they also talked about walking to school in the snow.  I wasn't sure I could believe it but I guess it was true.  😃  Your shoe box photo-find also found that recollection.

I just loved the older photos you post. Thank you for sharing.  Have a productive Monday.  bill

For the number of photos you offer that has to be a very large shoe box.  Size 18EEE maybe?

This country has a backward look at clotheslines, we allow wind and solar power but many subdivisions restrict against clotheslines.  We use the attic and basement spaces as we are no longer allowed to dry clothes on the line. I guess this is a restriction that makes the power company happy.