Here we are nearly 1/2 way through the year and so far, the Puget Sound region has not been rocked by the housing collapse seen in other parts of the country. For example, an article I read in the Puget Sound Business Journal last week compared the housing market in Seattle with that of San Diego. In Seattle, there were just over 5,000 homes in foreclosure. In San Diego however, there were just over 56,000. More than 10 times the number in Seattle. It will take San Diego YEARS to recover from the mess they're in. Thankfully while we saw double digit appreciation in recent years here, it was not nearly the frenzied housing market that California, Nevada and Florida saw. Indications in Las Vegas however are good that they are beginning to come out of their slump too. I expect prices to remain flat for the rest of this year and into next year before we really start seeing the appreciation come back. Hang on just a little longer folks, I can see the light at the end of the tunnel and I'm pretty sure it's not a train!

Here then without further ado are some housing statistics for you for the local Puyallup area. I'm going to include some new stuff here that I think is interesting to note. I'm going to show Average Days on Market like I normally do, but then I'm also going to show Average CUMULATIVE Days on Market too. This takes into account homes that were re-listed. AND in addition to my normal Sales Price to List price ratio, I'm going to include Sales Price to ORIGINAL list price ratio. This gives a much better picture of homes that have taken multiple price reductions to get to their final selling price. By the way, homes are still selling at a pretty good percentage of list price.

While average prices are down compared to the same time last year, you're not seeing 20 - 30% price drops as the media would have you believe. Overall we're down about 10% over last year. Looking at the months of inventory based on closed sales and months of inventory based on pended sales, the trend is downward which is typical this time of year. My hope is that we'll see inventory levels down around 8 months by the end of the year and by next summer be down to around 7 months. As I've mentioned in the past, the National Association of Realtors (NAR) reports a balanced market as one that has 6 months of inventory. Any less than 6 months and we're in a seller's market and more than 6 months and we're in a buyer's market. We're definitely in a buyer's market now! But I think the overall trend is down towards a balanced and eventually a Seller's market again. Don't hesitate to call me if you'd like more interpretation of these numbers. 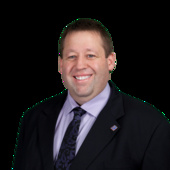