Santa Claus was arrested early Friday morning on the East Coast of the United States.  He is currently being held on numerous charges, the main ones are residential burglary and operating a vehicle while intoxicated.

Police responded to a call just after midnight when a homeowner heard some loud noises on his roof.  Upon arrival, police found a morbidly obese man rolling around on a roof, and suspect appeared to be intoxicated.  Police were able to get the man off the roof, and confirm his name as Santa Claus, aka Saint Nick and Kris Kringle.

Santa Claus had a sled full of toys, believed to be acquired during a burglary spree after he broke into and entered many neighboring homes and stole children's toys which were wrapped for Christmas morning gift giving.

Protective animal services were also called to the scene as Santa Clause had apparently tied together 9 reindeer, and a further investigation will be conducted regarding possible animal cruelty.

Santa Claus gave his residence as The North Pole and claimed his occupation at booking as "Industrialist and Philanthropist".  Besides the burglary, larceny, and animal cruelty charges, he was also referred to the DA's office for possible resisting arrest after arresting officer, Sgt. Betsy Buzzkill revealed in her bodycam footage that Santa Claus referred to her using the urban slang term "Ho" not once but three times.  It was also determined that Santa Might be under some psychedelic drugs as well, as he was insisting he was flying from rooftop to rooftop with his flying reindeer.  He indicated all he had to drink was milk, which police believe was actually eggnog and Santa had cookies crumbs on his beard, as his booking photo revealed. He was suspected of being under heavier, illegal drugs when he explained to the officer his reindeer got on the roof by flying up there, and it should be noted that reindeer are not native to the North Pole, so police are checking with local zoos to see if any animals are missing, which could lead to further charges.

Ollie W. Holmes, and attorney for Santa Claus, from the world renowned law firm "Four Drunks and a Copier, LLP" immediately issued a statement proclaiming his client's innocence and said they will fight like heck to restore his good name.

Mr. Santa Claus made news a few years back after the Justice Department filed anti-trust action against him, as well as numerous workplace violations.  Furthermore, there were allegations of strike busting and other unfair labor practices after the IBCTMU (International Brotherhood of Christmas Toy Makers Union) replace most of his workers at his factory with robots, in violation with the labor contract in place at the time.  Mrs. Claus, when reached was extremely upset because she looks forward to Christmas eve as she get the whole house to herself, alone with peace and quiet as the factory closes at 3pm, and she claims she does not have the funds to post Santa's bail.  At press time she is thinking of setting up a Go Fund Me account.

Mr. Santa Claus is being held on $1,000,000 bond.  All suspects are presumed innocent until proven guilty in a court of law. Hello Gary Frimann, CRS, GRI, SRES this is so funny.  That Santa looks like he is a bad Santa.

Kathleen Daniels, Probate & Trust Specialist   He certainly is gangsta compared to the myth that has been created for him over the centuries.

Kathy Streib   Merry Christmas to you.  Sorry to be the bearer of bad news! 😂

Just when you think you know someone....

That picture is so not helping his defense!  😂

Gary, this was very entertaining, thanks for sharing, and have a very Merry Christmas!

LOL! Naughty Santa! Best wishes to you and your family for a Very Merry Christmas and Happy, Healthy New Year!

Just another case of sensationalistic journalism by the press and overzealous profiling by Officer Buzzkill. Where was the stable and responsible desk Sargent when Buzzkill brough in the alleged offender?  Ho, Ho, Ho, in deed

Gary you've got us all laughing this fine Christmas Day!  Merry Christmas to You.  Ho! Ho! Ho!

Hello Gary - a fun read.  Merry Christmas.  May the "Go Fund Me Oh ME Oh MY" effort be successful.

My friend Tom thought it was time to become a Santa. He looked like one.  He spent $350 dollars on his custome. He got audited by IRS. He sent a letter back to IRS that Target never paid him and a deduction of expenses was proper. That letter along with a photo of him answered IRS question.

Let's hope Mrs. Clause 🤶 can get her husband 🎅 out on bail. This all seems like such a  bad rap for Santa.

May you live with love and joy in your heart and always be healthy and happy.

A great story for Christmas!  Just when we think we can trust the Jolly Ole Soul! lol

May your Christmas be bright and filled with love and laughter.  And May God Bless you in 2022!!

Oh my, Santa said HO HO HO? Sounds to me like Betsy Buzzkill is a bit of a narcissist.

Pretty funny and weird dark humor. A very Merry Christmas to everyone

This is hysterical! Thank you for the chuckle and Merry Christmas to you!

Bwaahahahahaha!! I fell out of my chair laughing! Loved your post, Gary! So clever!

Hilarious! I guess Santa won't be one to be released and hour later after committing his "crimes" !

This was hilarious, and so clever!

Thank you for your presentation today on golf course communities - it was very informative!

I like the way you write and enjoyed listening to what you had to say on the zoom call yesterday! 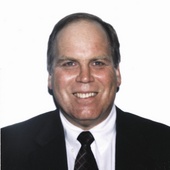 A Brokerage dedicated to Eagle Ridge in Gilroy, CA. We work with both buyers and sellers for homes in Gilroy and Morgan Hill.