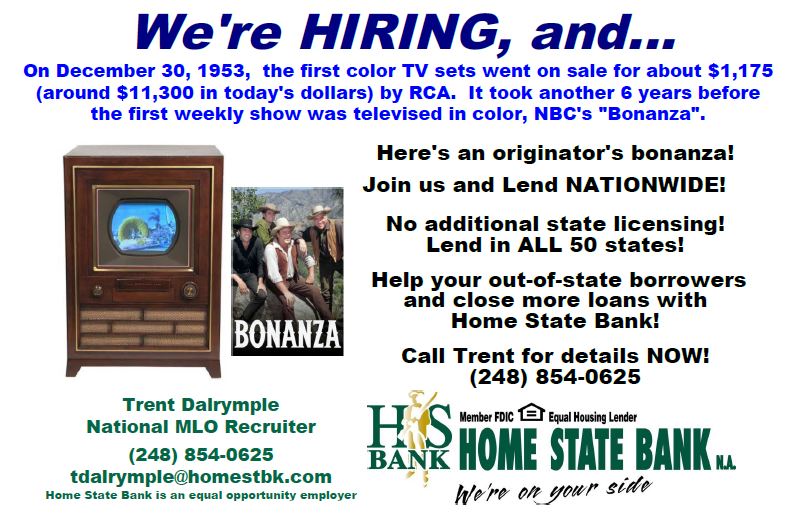 NBC was advocating color TV since RCA was it’s parent company and they wanted to sell color TV sets. The remaining networks, CBS and ABC were slow to get involved in color TV because they didn’t want to promote NBC’s product.
In fact, CBS didn’t broadcast any color shows in the early 60’s even though one of their most successful shows, "The Lucy Show" was filmed in color, but CBS only showed it in black and white.
By 1964, only 3 percent of American households had a color TV set. Finally in 1972, there were more color TV sets being sold than black and white.
Mortgage professionals! Don't be late to the show!
Join us to work remote from anywhere in the U.S. and we'll expand your territory so you can lend NATIONWIDE (FDIC)!
We're HIRING remote residential mortgage loan originators (loan officers) and remote mortgage branch managers with a team or group!
Applicants must have experience and a proven track record for the last 2 years residential mortgage loan closings.
Loan Originators can create their own remote mortgage branch.
Recruiting for LO's is available.
Contact:
Trent Dalrymple
National MLO Recruiter
Home State Bank
(248) 854-0625
tdalrymple@homestbk.com
Home State Bank - We're on your side
Like favorite_border
favorite_border 0
Re-Blog
repeat 0
bookmark_borderbookmark 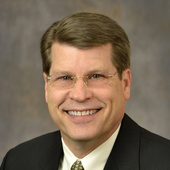