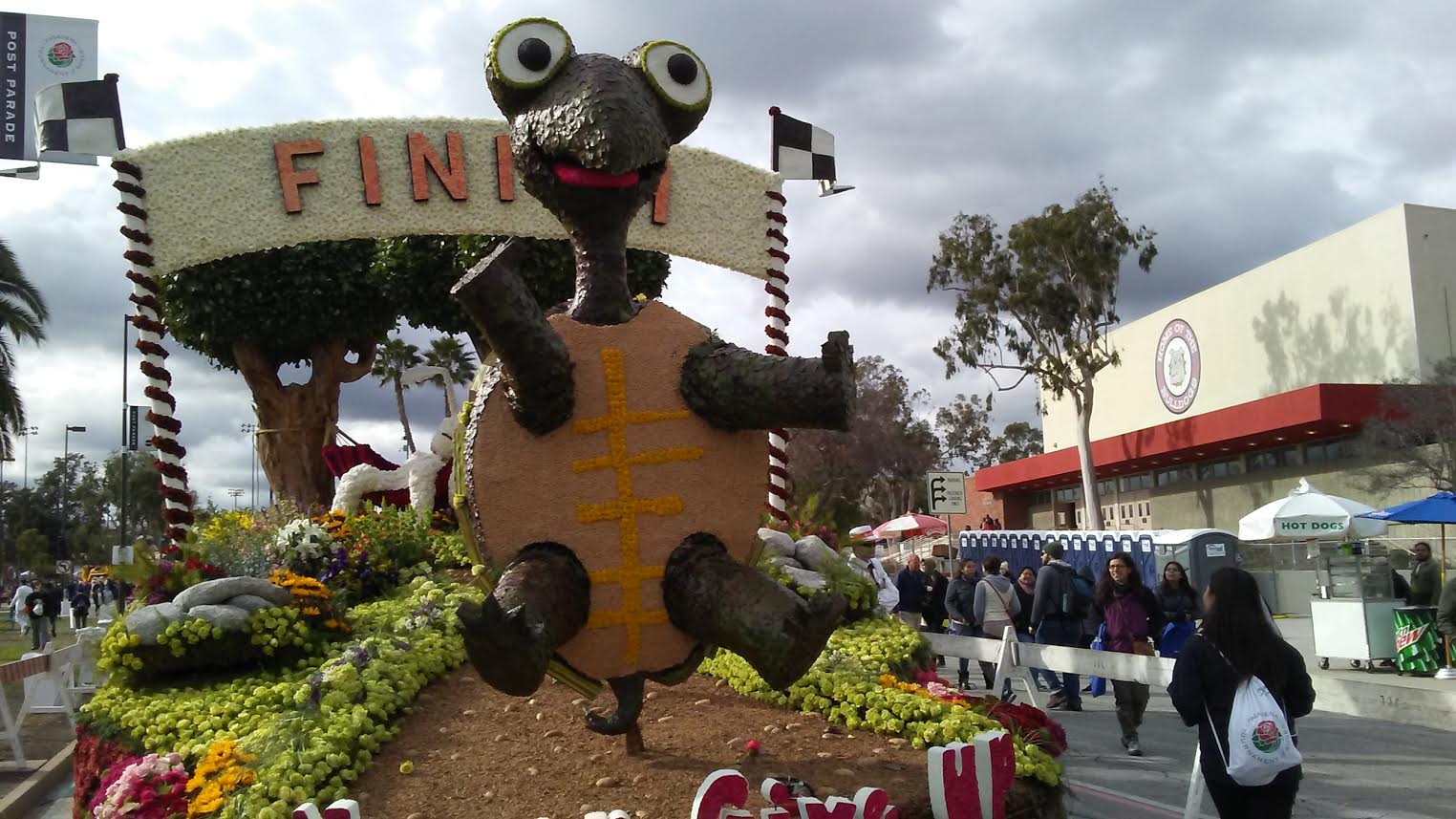 It’s January 2, 2022 and while it’s the second on the calendar, it’s also the first Sunday of month number one of the new year.  Seconds matter as well as first of all sorts.

We mark time.  Sometimes with more consequences than any actual truth.  But let’s get back to the subject at hand.  No need to dally. Not even for a second. And who better to address it than the man attributed with the following quote:

told me I was crazy

I wanted a second opinion.

So, whether it be second opinions, second chances or something else - let's hear it for seconds. In fact, can we hear a second motion for that? Maybe even something similar that subsequently follows.  Serendipitously, suspiciously or even sillily (yeah, it’s a real word).  All bets are off for this second. Once again.

The image in this post is of the all-volunteer float of the city of South Pasadena float from 2017 in Tournament of Roses Parade held each January.

Hi Michael- one of our first neighbors in Delray Beach looked like Rodney Dangerfield and was funny just like Rodney!!! And as for seconds, there have been times when I wanted seconds of a really good piece of wedding cake. Seriously

Hello Michael Jacobs it is important to have second opinion. I always enjoy Rodney Dangerfield quotes. Yesterday, I enjoyed watching the Rose Parade on TV. Happy New Year, and wishing you all the success in 2022!

Will Hamm - I trust you are back into the swing of life in Colorado after your time away visiting relatives over the holidays.  Go Get 'Em in 2022.

Kathy Streib - I am trying to recall having seconds of wedding cake - I don't know.  Of course, I am more than willing to take a taste test.

John Pusa - I caught some.  Of course, KTLA - Channel 5 in our area has a history of replaying it all day long.

Brian England - I "missed" game day play-by-play but I saw the final score during the day.

Oh, it has to be the apples, Michael!

She did her presentation week before last on our ZOOM call with great photos and stories about her epic road trip. Talk about one amazing lady! I'm loving every minute of living vicariously through her!

Debe Maxwell, CRS - I think there's a lot of vicarious living going on as result of that epic road trip and imagine there could be a lot more beyond the AR boundaries if Carol Williams ever chooses to publish it to a larger audience.  Such a tale of empowerment/accomplishment in the art of exploration (and discovery)!

Michael all I can say is there are Four #2 in today's Date and Holly did  three out of four attempts #2's :))Endre

Endre Barath, Jr. - I am not exactly sure how to respond to your comment about the observation of number twos in the date or in Holly's life.  Hmm. would "being regular" be an apt response?  Or would that be an example of too two much?  Obviously much more pondering is due. . .

Good morning Michael -  thanks for sharing that Rodney Dangerfield quote .  I love it.

Good Monday morning, Michael. We have a snow day in Maryland. Schools are closed and federal offices in the DC area are closed.

Roy Kelley - I remember those "snow days" in Washington as someone who lived in the district while other officemates lived in the suburbs, I was often alone (or nearly alone) in the office on more than one occasion.  Stay safe.  And stay warm too.

OMG You are hysterical Michael Jacobs  made me lol  Speaking of Rodney I remember spending an evening with him and his brother at a crap table in Vegas at a RE/Max convention many years ago until the we hours of the morning . Boy oh boy did we all all have a lot of fun

Hannah Williams - that is such a special memory.  Thank you for sharing it.

Endre Barath, Jr. - well pee-pee could be a pondering point which is also further examination of "P" to the second power.  Was that my point?  Or is it time for another break???  Pondering or otherwise.

Rodney Dangerfield quote and the funny turtle made my day!!!!

Keep on pondering and we will keep on savoring your scintillating, sparkling sentences.

Wow... Hannah Williams what a GREAT memory to have. Very special!

Sharon Tara  Well, it is the old saying Elephants never forget, especially FUN Times.. and that was a very fun one

Caroline Gerardo - I am glad to hear that.

Sharon Tara - thank you for consistently adding to the dialog with your comments.

Michael, the first second of a child's life - since we just celebrated the first babies born!

Joan Cox - on the local news, I saw a report of New Year births in our area.  A set of twins were born this last week.  One arrived just before midnight and the other just as it became 2022.   That's a lifetime of stories that will be difficult to match.  And, of course, the twins are not identical as one was a boy and the other a girl.

Michael Jacobs that is quite a story to tell being those twins being born in two different years.... LOL